After an unintended winter break Talbot returned to winning ways – seeing off Hurlford at Beechwood to close the year out with a win. 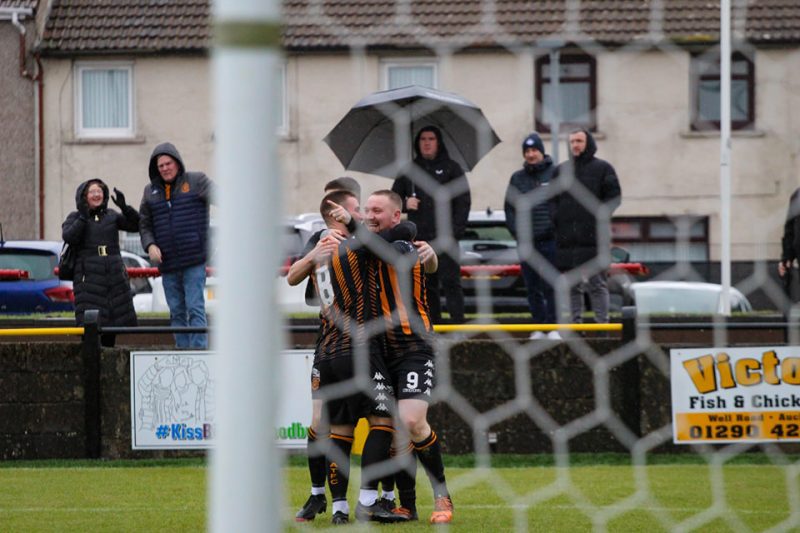 The Bot made the perfect start – opening the scoring in the 3rd minute. Boylan got free down the right and his cut back was met by MARK SHANKLAND who steered a low shot inside the left hand post to put Talbot 1-0 ahead.

The game’s first booking came in the 6th minute when Miller was cautioned for going through the back of Samson.

Hurlford’s afternoon went from bad to worse with quarter of an hour gone. Reid conceded a free kick and then said something on his way past the referee that saw Mr Haswell produce a straight red and off he went to the clubhouse.

Talbot tried to take immediate advantage of the extra man and Boylan had a half chance when Boyle laid the ball into his path but he lashed his shot well over from 20 yards.

One minute later though Talbot doubled their advantage. Boyle played a good ball down the left that found KIER SAMSON racing in behind the defence and he carried on into the box and slid it under McDonald to put Talbot 2-0 ahead.

Hurlford now made a change with Bell making way for McGregor.

The Bot almost made it three in the 23rd minute. Boylan fed it to Shankland and his pass sent Samson scurrying free down the right. He raced to the angle of the box and fired a low drive across goal that just slipped wide of the far post. 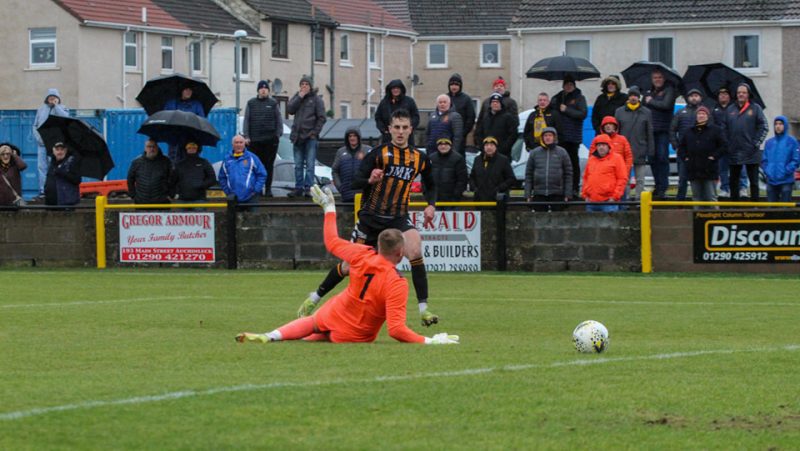 Hurlford hadn’t offered much going forward but they did have a half chance in the 31st minute. Love got to the bye line and his cross was met by M McKenzie who scuffed his half volley and it bobbled through to Leishman.

The visitors won a free kick 30 yards out in the 34th minute after Armstrong’s challenge on P McKenzie. Whittaker took it and got it up and over the wall but it lacked power and Leishman made a comfortable catch by his right post.

Hurlford were playing a high line and were caught out again in the 36th minute when a ball in behind saw Samson race clear down the left. He swept it across goal where Love stretched out a leg to bundle it behind for a corner. When the corner came over to the back post it broke to McCracken but he saw his low drive at goal blocked by a defender.

In the final minute of the half a long ball up field broke off McPherson and fell to Kerr 20 yards out who managed to find the target but drilled his shot straight at Leishman. Talbot then raced to the other end where they won a corner down the right. It was pulled back for Shankland to hit but his effort was blocked and when it spun out left to McCracken his cross was too near McDonald and that was it for the 1st half. 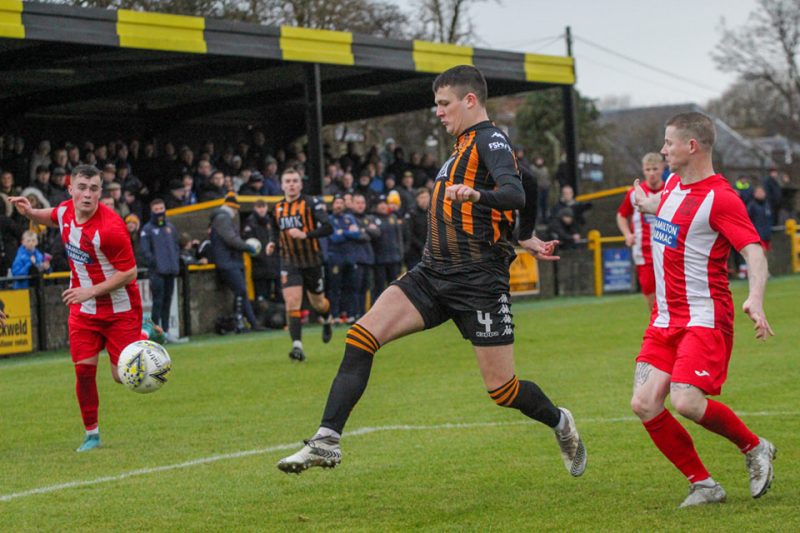 As the sides trooped off Henderson decided to accost the referee and met the same fate as his centre-half, receiving a straight red for his troubles.

Hurlford made a change at the start of the 2nd half with McCracken coming on at right-back and Miller moving to the centre.

Talbot nearly made the perfect start to the half when Shankland fed the ball to the overlapping Stafford who slid a good ball across goal that the defence did well to cut out at the expense of a corner.

Shankland and Robertson both received yellow cards in the 51st minute for a handbags incident out on the touchline when Hurlford’s centre-half tried to wrestle the ball away at a Talbot throw in.

The Bot had the ball in the net again in the 53rd minute but the goal didn’t stand. Stafford was fouled outside the area and Shankland whipped a tremendous ball to the back post where Boylan powered a header on target that McDonald did well to keep out. The rebound was lashed home but the assistant’s flag went up and the celebrations were cut short.

In the 62nd minute Wardrope played it back to Boyle on the right and he fired over a cross that just eluded Shankland & Samson in front of goal but once again the assistant flagged for offside.

Paul McKenzie picked up a yellow card in the 64th minute for a studs showing challenge on Armstrong.

Talbot extended their lead in the 66th minute. Samson won a corner down the left and when Wardrope swung it in CRAIG MCCRACKEN rose to glance a header past McDonald to make it 3-0.

Hurlford had a chance to reduce the deficit two minutes later when a mishit clearance fell to M McKenzie inside the box but his powder puff effort barely reached Leishman.

A minute later Talbot were a man down. Shankland slid into a challenge just outside the Hurlford box with Miller. There didn’t seem to be much in it but the ref produced a 2nd yellow and Shankland made an early exit.

Talbot were then dealt another blow when the visitors pulled a goal back in the 70th minute. Boyle conceded a free kick 30 yards from goal that M McKenzie curled into the area where ROBERTSON glanced a header inside the left hand post to make it 3-1.

In the 74th minute Talbot made their first change with Graham Wilson coming on to replace Boylan. 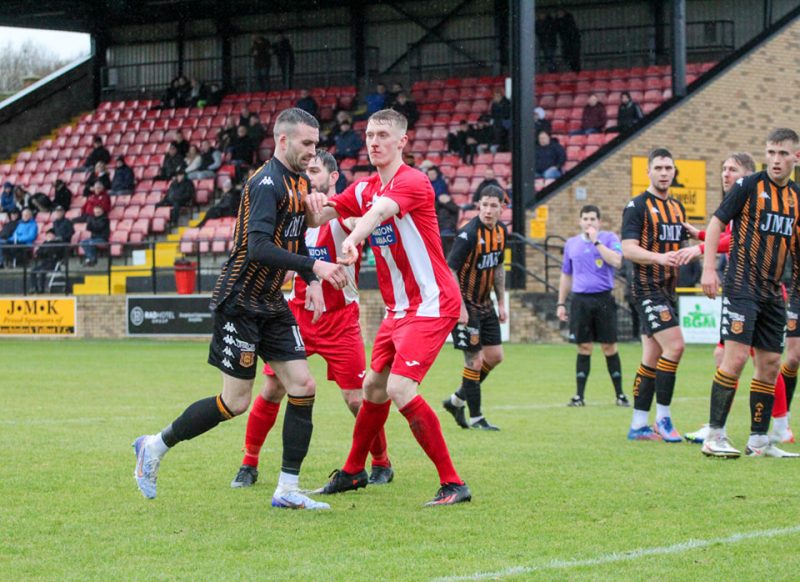 With 8 minutes remaining Boyle picked up what seemed a harsh caution when penalised for winning the ball in the Hurlford half.

Hurlford were pushing forward looking to grab another goal to make for a nervy finish but they couldn’t produce anything in the final third.

In the final seconds Taylor came on for the tiring Samson but had no time to make any impact before the ref signalled the end.

A good three points for Talbot who are back in cup action next Saturday when they host Johnstone Burgh in the West of Scotland.

SPONSOR’S MAN OF THE MATCH AWARDS 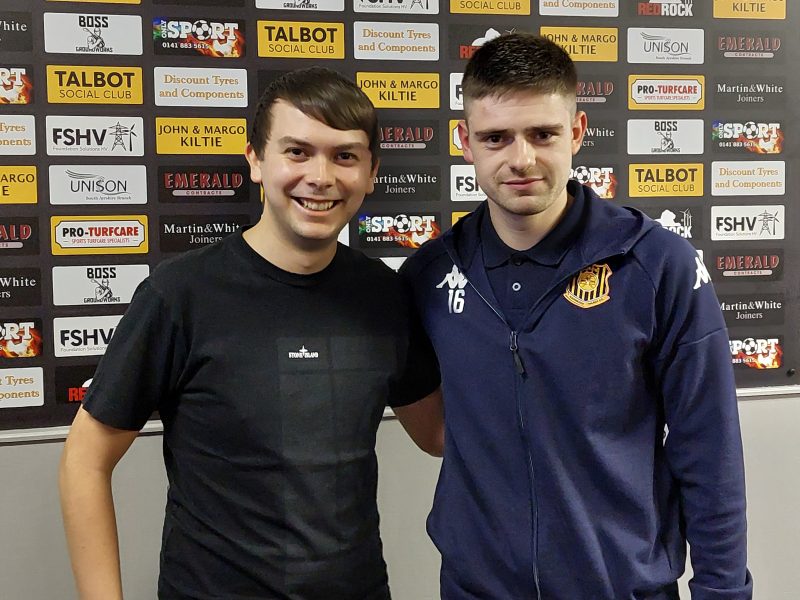 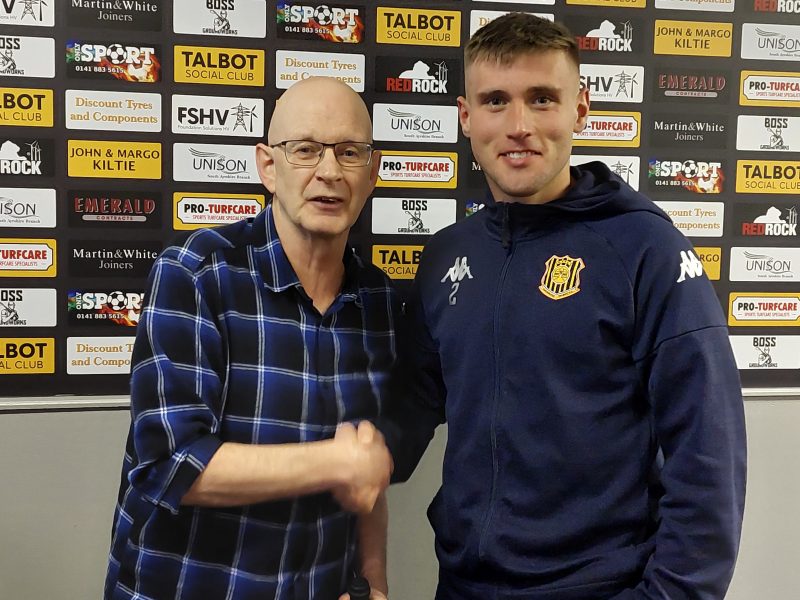 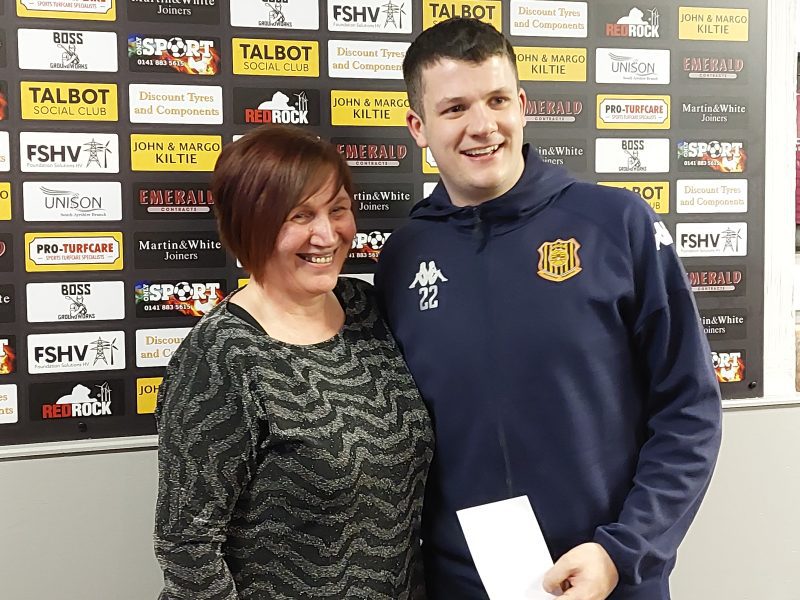 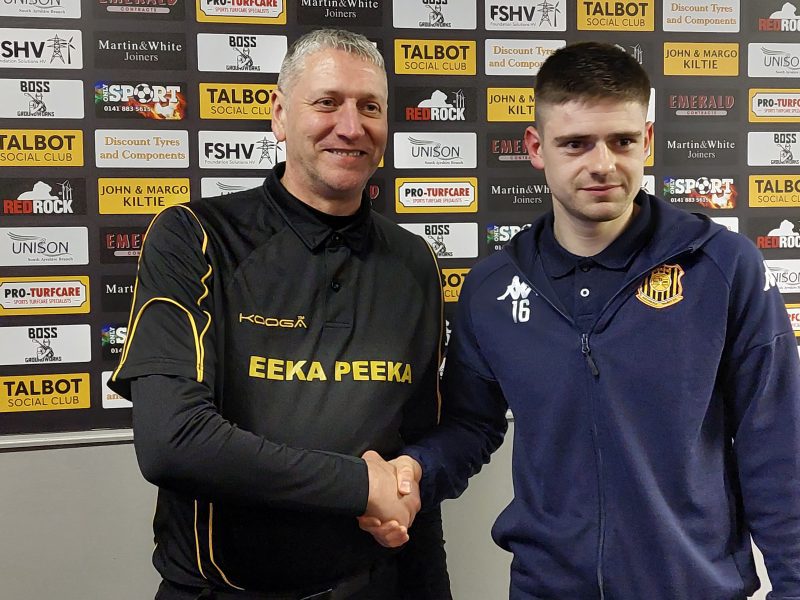 Lewis Crawford won a gift voucher in the Club’s Christmas Draw and donated his prize back to his club sponsor “The Loons”. Lewis is pictured with Scott Reid from the Loons Supporters Club. A huge thank you to Lewis for this lovely gesture. 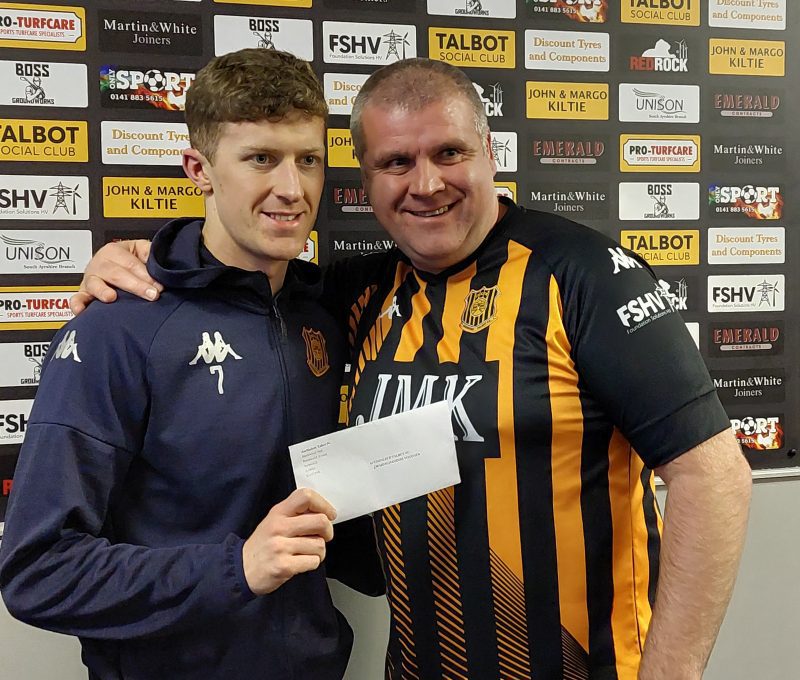