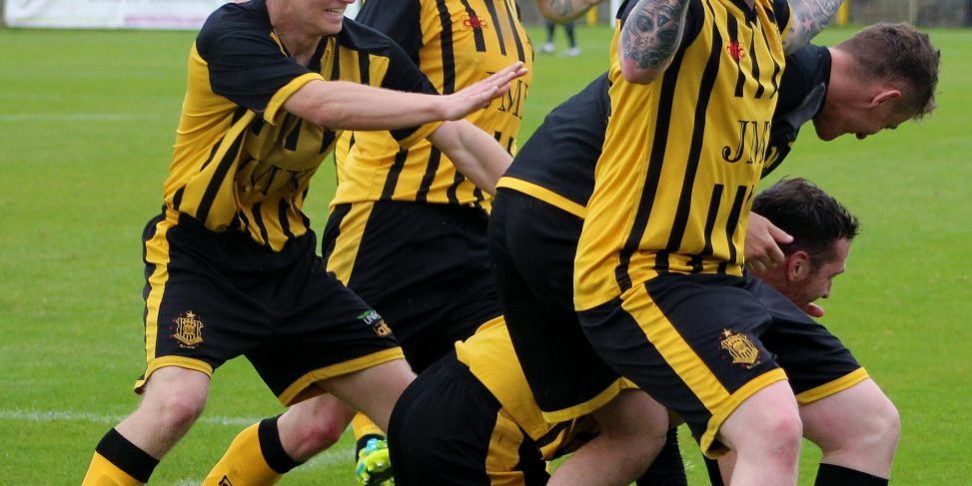 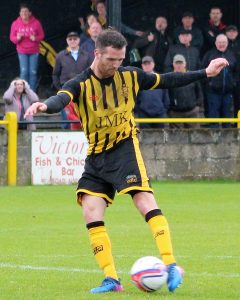 After making a blistering run down the wing, Stevenson picks out Milliken free in the box and Keir unleashes a thunderous shot towards goal and…… 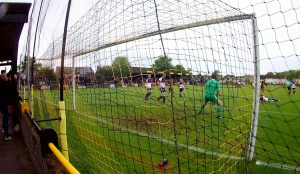 ……bursts the back of the net and scores, what could end up being, a very crucial goal in this interesting title race. 1-0. 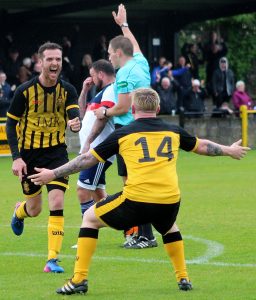 The Cheshire Cat has got nothing compared to this winning smile from Milliken after scoring his VERY late goal for Talbot. 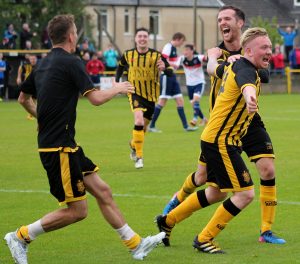 It’s smiles all round, as everybody celebrates Milliken’s winning goal. 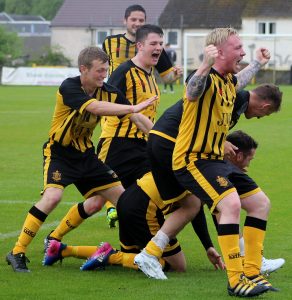 McCracken jumps the highest and heads a strong header towards goal…… 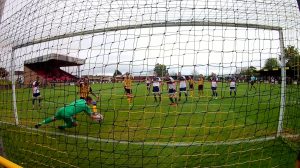 ……and, although the ‘keeper saves the header, he fumbles the ball but manages to re-gather it just before White gets his foot to the ball. 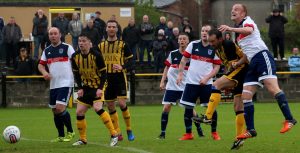 Stephen White’s headed shot gets cleared off the line by Troon. 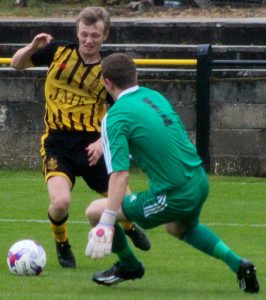 After a Troon mistake, Talbot’s Dylan Pooler finds himself one-on-one with the ‘keeper but fails to get his shot past him. 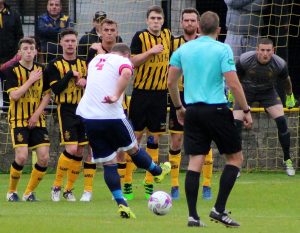 Protect yourself time, as the Talbot wall tries to block this Troon free-kick. 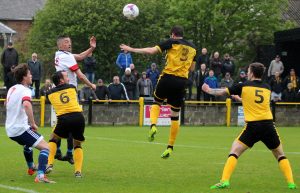 Gordon Pope finds himself free in the box and gets his head to the ball. 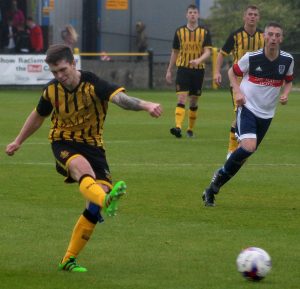 From outside the box, Craig McCracken tries a long range effort but fails to burst the net. 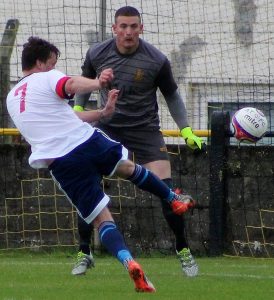 Troon try a shot from very close range but are deemed to be offside. 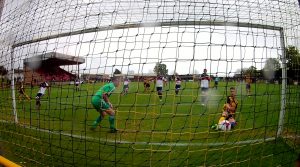 As the rain starts to come down, McCracken slides in at the back post but is unfortunately, found to be offside. 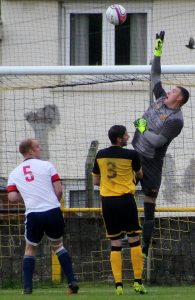 Andy Leishman uses his height and makes sure the danger is cleared.

Shankland tries to find a way through a congested Troon defence. 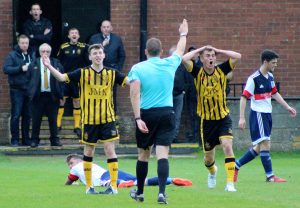 As a free-kick has been given against Talbot, the player’s faces certainly show they disagree with the decision. 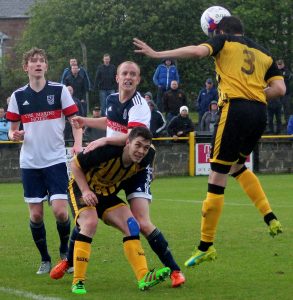 As McCracken fends off Gavin Collins, Pope heads the ball back across the face of goal.

A midfield tussle, as Keir tries to win the ball back. 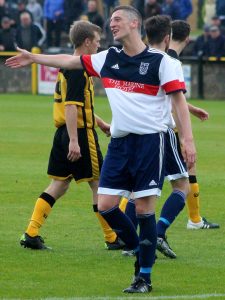 Orders get roared by the Troon defence. 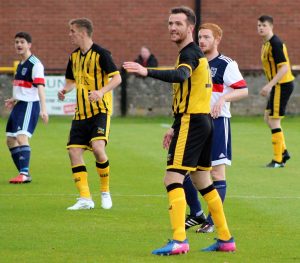 Milliken tries to get his feelings across after a decision against him. 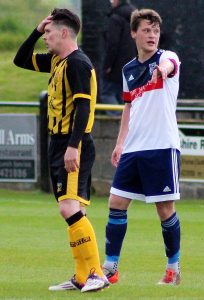 Help required here folks….this picture is crying out for a good caption but I can’t think of one. : ) 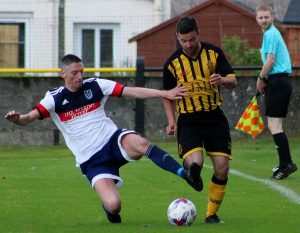 A lunging tackle is made, as Dylan Stevenson races forward. 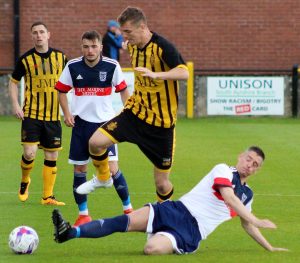 Steven Wilson tries to evade this tackle from Troon. 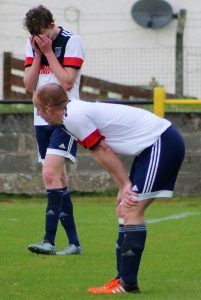 After losing such a late goal, the Troon players can only feel gutted at such a loss. 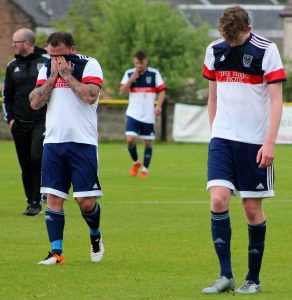 Their heads may be down after losing but the Troon players can raise their heads and be proud for the effort they put into the game. 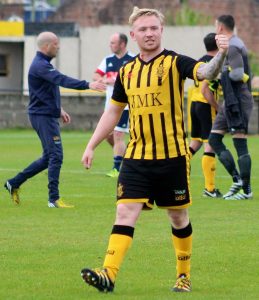 Mark Shankland raises a victorious fist into the air, as he walks off the pitch at full time. 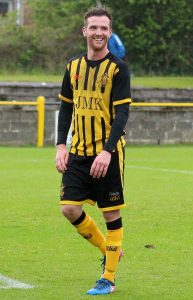 A winning smile from the man of the moment, Keir Milliken. Photographs by Paul Flynn.