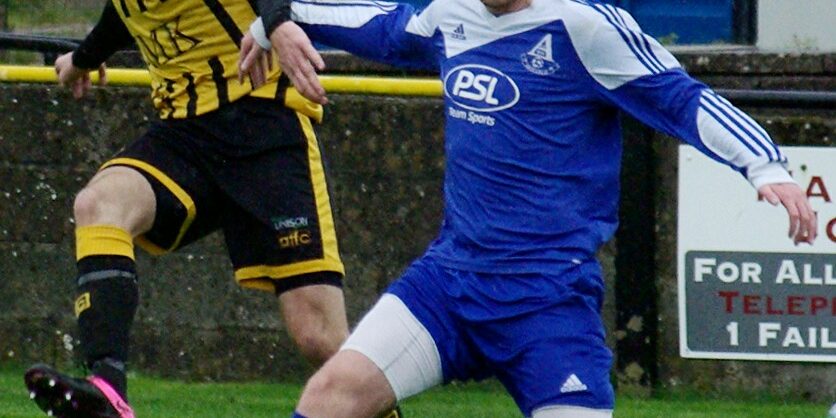 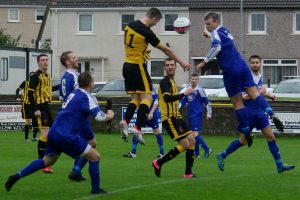 Craig McCracken gets on the end of a Gordon Pope cross, heads the ball into the back of the net and scores what turned out to be the winning goal for Talbot. 1-0. 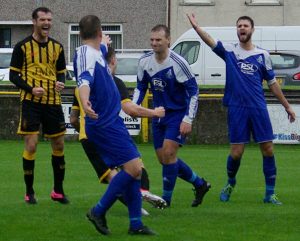 Milliken shows his delight at seeing McCracken’s goal, while the Arthurlie players vent their frustration. 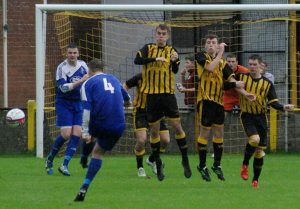 The ‘Black and Gold’ wall stands firm, as Arthurlie fire a free-kick towards the Talbot box. 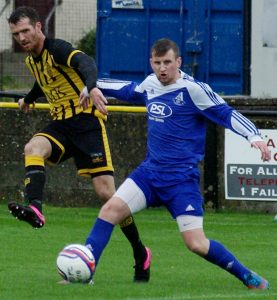 From the left edge of the Arthurlie box, Kier Milliken manages to release at shot at goal. 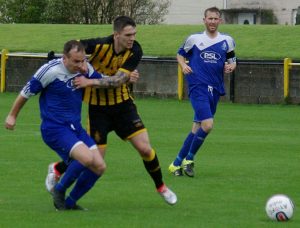 McCracken muscles his way through the ‘Blue and White’ defence. 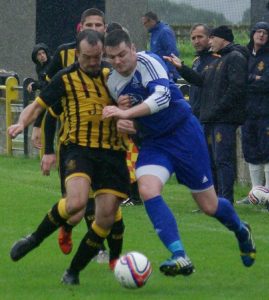 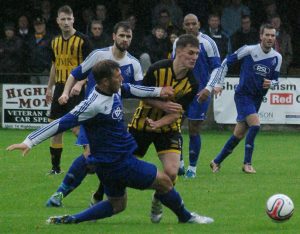 While going on a blistering run, Graham Wilson gets stopped in his tracks. 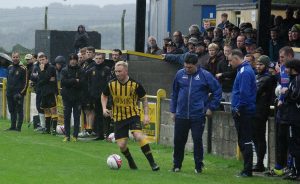 Shankland runs up the wing, as the crowd tries to take shelter from the elements. 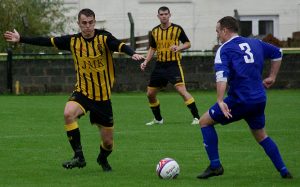 Stevie Wilson stands his ground and tries to stop an Arthurlie attack. 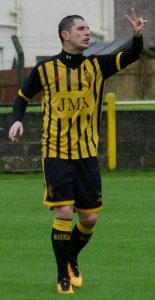 Lyle wanted two but unfortunately Talbot were only able to score one goal in this game…thankfully it was enough. Photographs by Paul Flynn.