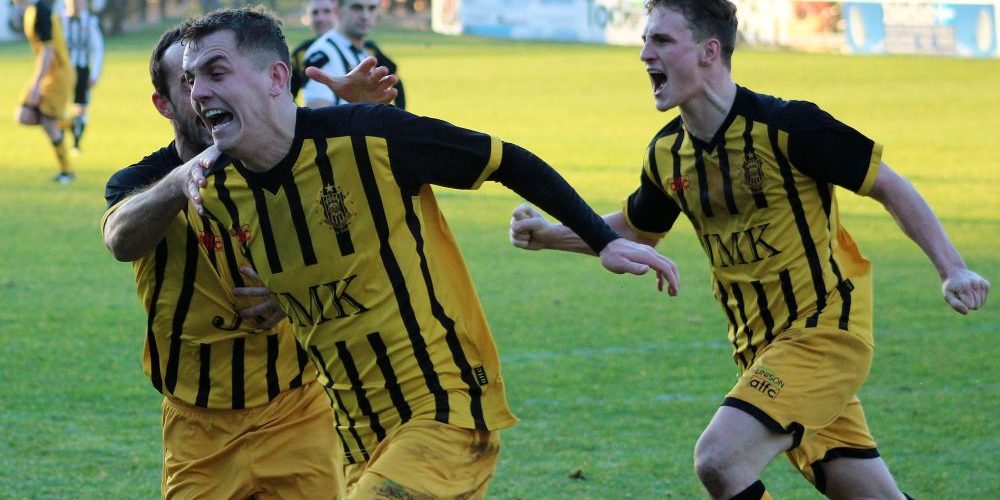 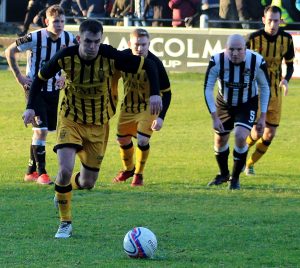 Always better late than never! With the game deep into injury time and surely heading for a replay, Talbot are awarded a penalty and with everybody holding their breath, up steps Steven Wilson who smashes home the late winner for Talbot. 0-1. 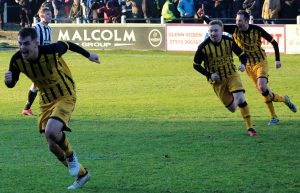 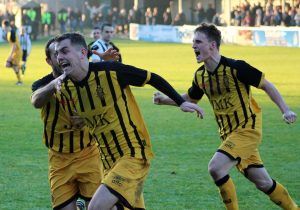 Absolutely ‘nae chance’ of wiping these smiles off their faces! 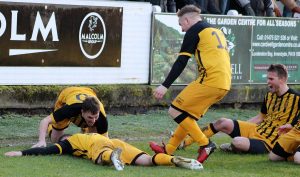 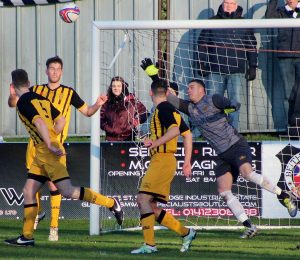 Beith come very close to opening the scoring, as the ball whizzes inches past the crossbar, although, Andy makes sure he has it covered. 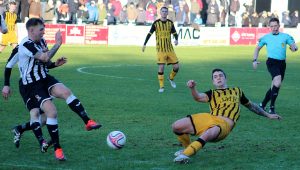 Although he loses balance but McCracken still manages to fire a shot at goal from the edge of the box. 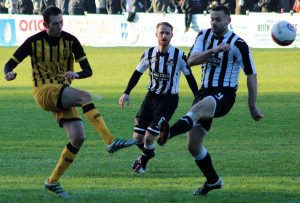 Early in the second half, Hyslop fires a shot from long range but fails to hit the target. 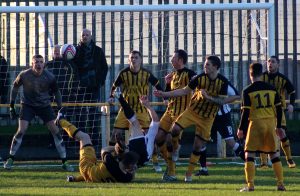 With both teams still looking for the opening goal, Beith try to go for the spectacular but unfortunately for them, Andy Leishman pulls off a great save. 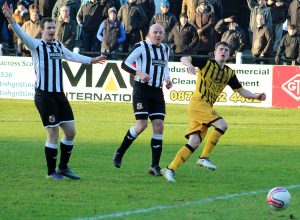 As Beith shout for off-side, Graham Wilson can only watch his shot go horribly wide. 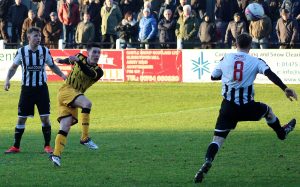 ‘Butch’ gets free in the box but fires his shot high over the bar. 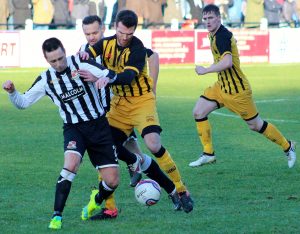 Milliken tries to win back possession for Talbot. 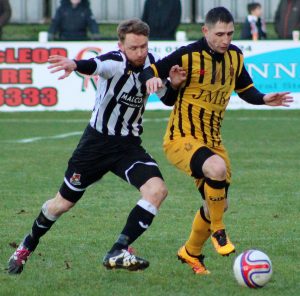 Lyle is put under pressure, as he tries to race up the park. 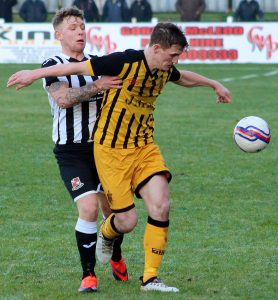 ‘G’ keeps his eyes firmly fixed on the ball, as he fends off this challenge. 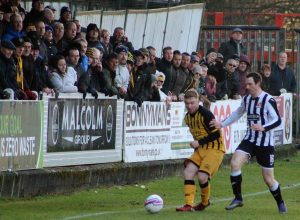 The Black ‘n’ Gold army look on, as Shankland sends a pass up the wing. 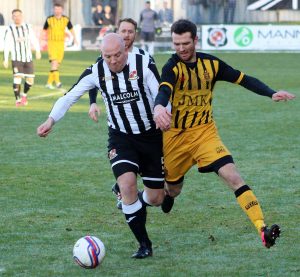 Sheridan and Keir chase down the ball in a nice symmetrical manner! 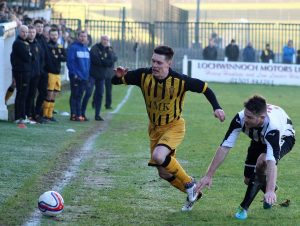 The Talbot bench closely watch the action, as ‘Butch’ chases this lost cause. 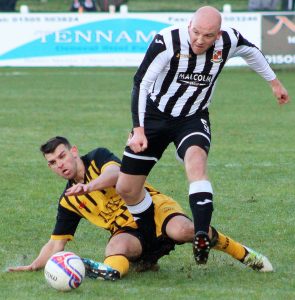 McGoldrick slides in on Sheridan and clears the ball away. 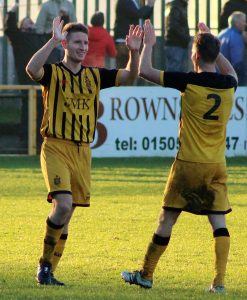 Danny Boyle and Ross Harvey celebrate the victory to the welcoming sound of the final whistle. 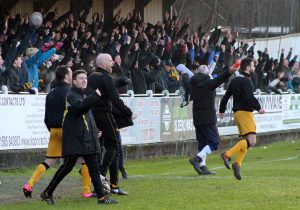 The Talbot bench and fans go absolutely ‘nuts’, as they celebrate the dramatic victory over the Scottish Cup holders. Photographs by Paul Flynn.