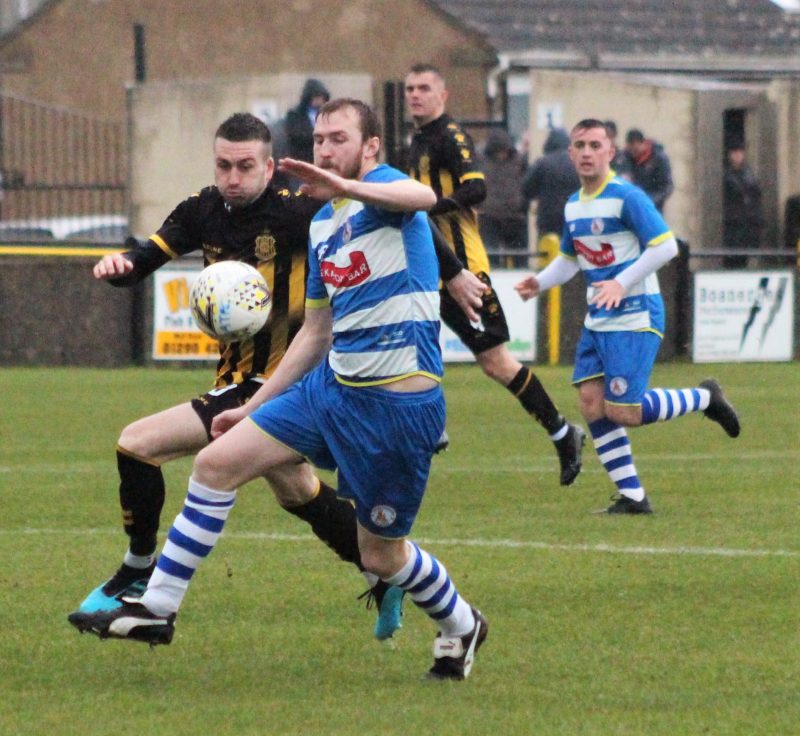 Boylan chases down the ball, as he competes against his former club. 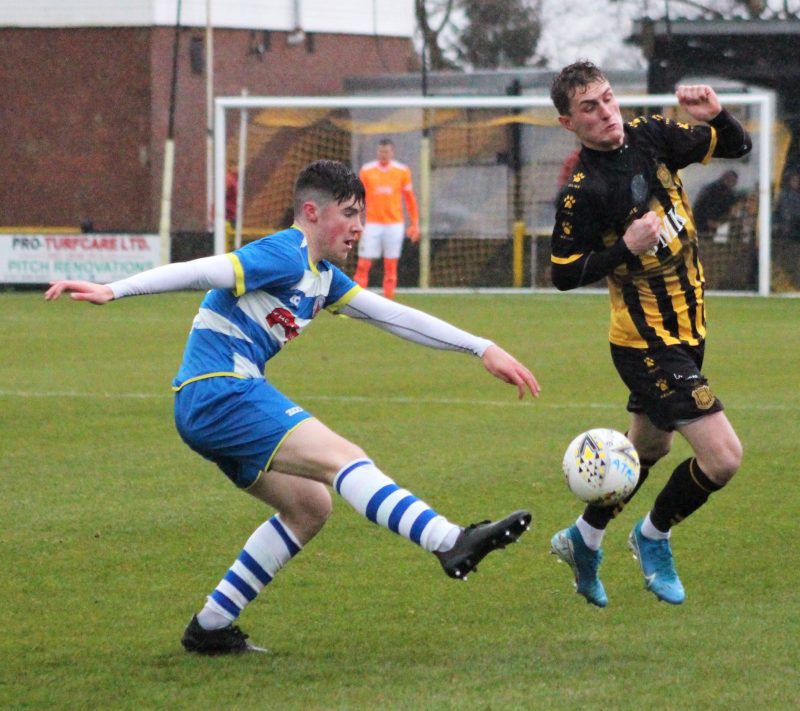 The buffs clear their lines, even though ‘Gee’ does his best to stop them.

1-0 TALBOT!!! Inside the box, Graham Wilson unleashes a hard struck shot towards goal and… 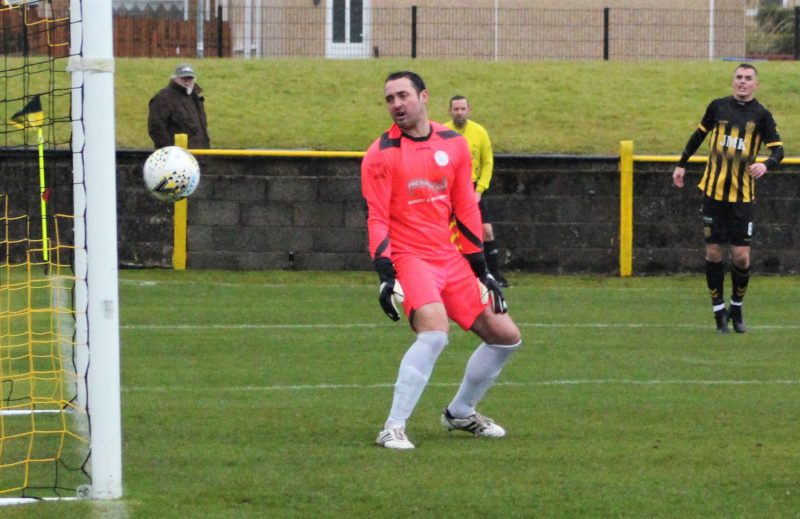 …fires the ball past the Buff’s ‘keeper, who is rooted to the spot. 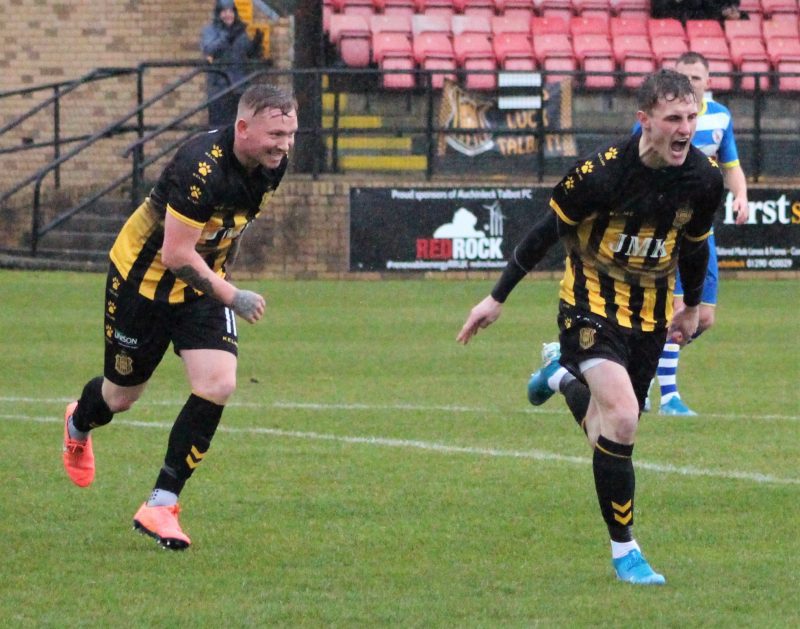 Graham is all smiles after netting the opener for Talbot. 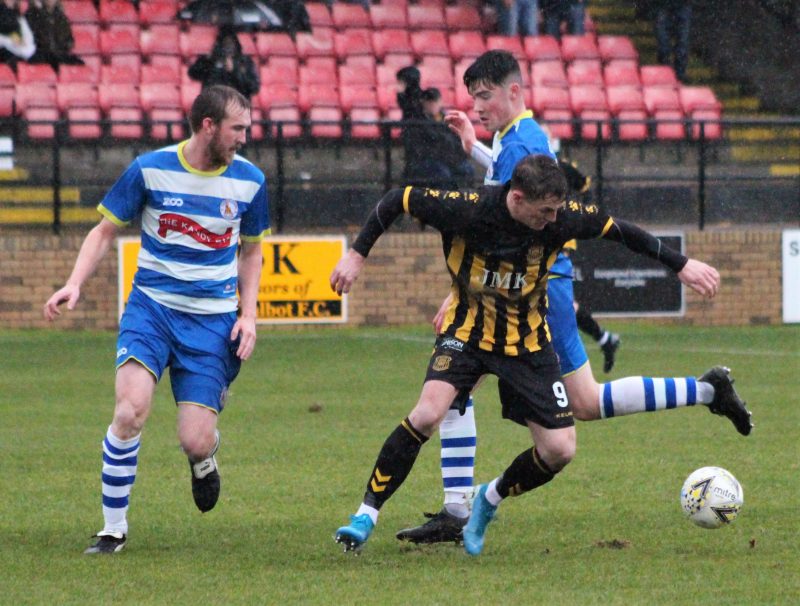 The defenders stand their ground but ‘Gee’ makes sure he keeps hold of the ball. 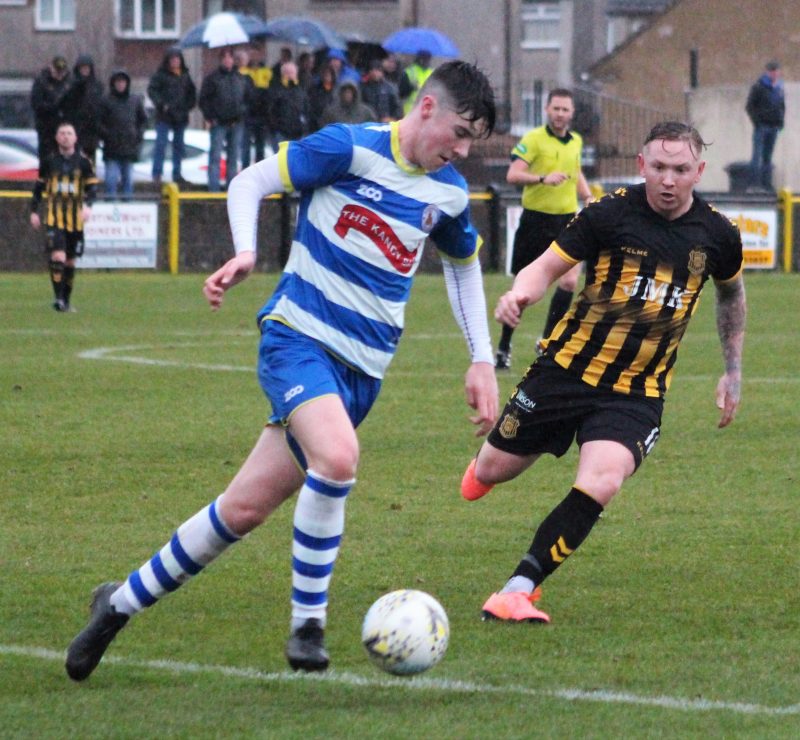 Kilwinning have the ball but ‘Shankers’ makes sure he puts the pressure on. 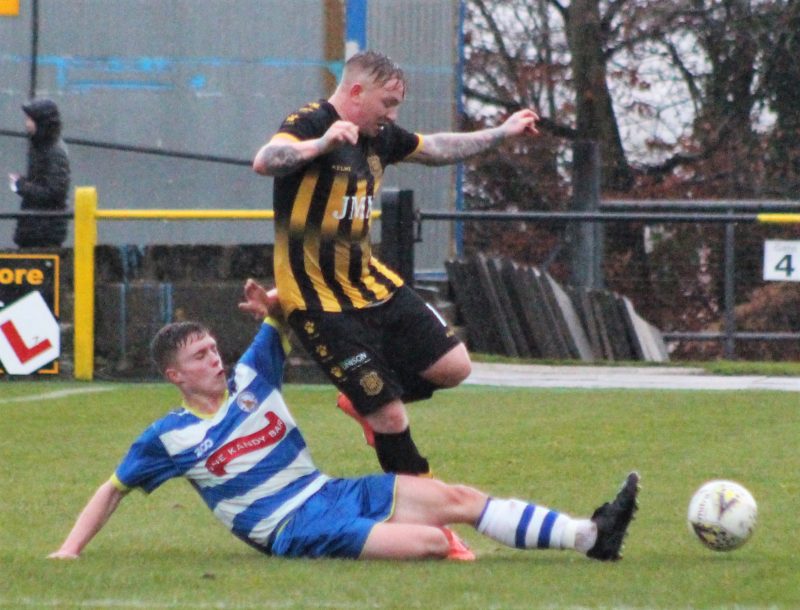 While trying to run up the wing, Mark gets stopped in his tracks by a sliding tackle. 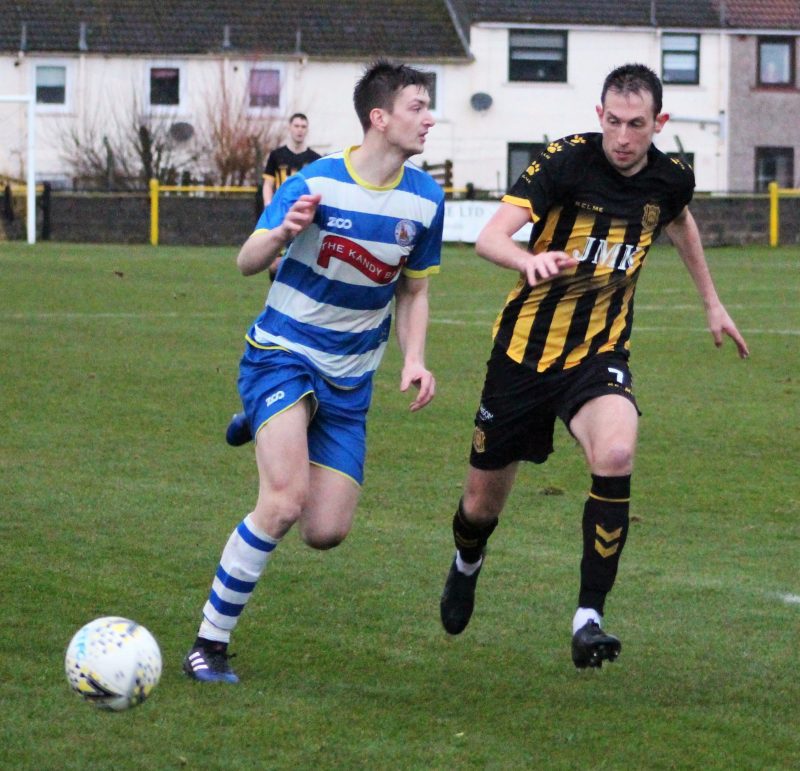 ‘Pee-wee’ does his best to meet the threaded pass just outside the box. 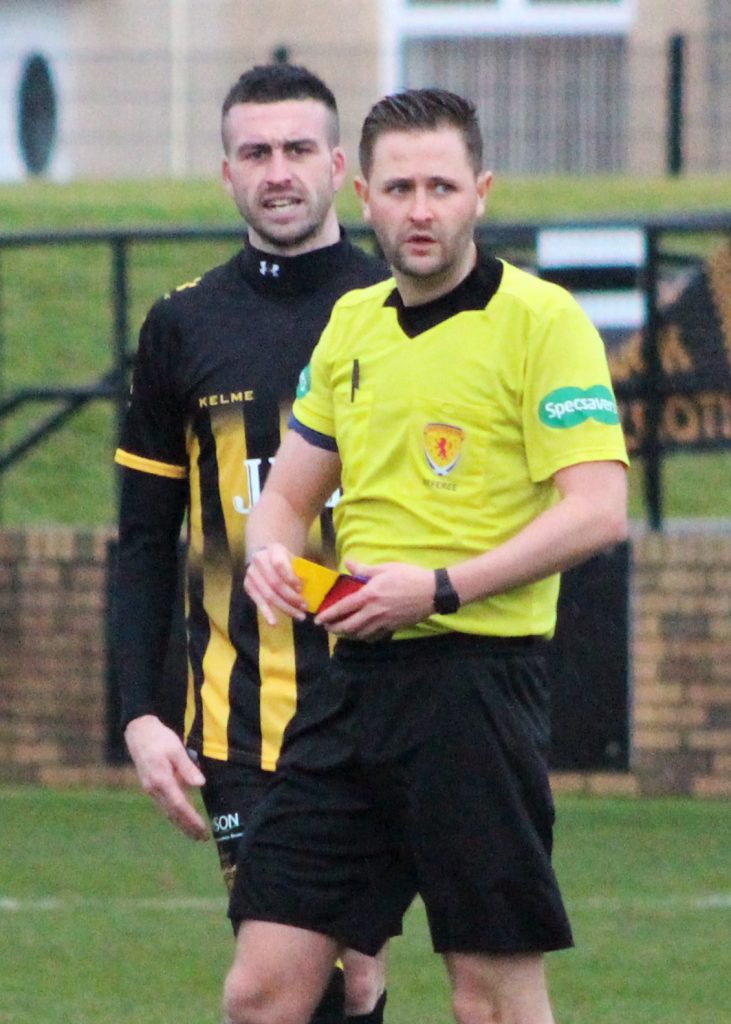 Bryan – I don’t think the referee wants to see your best menacing stare.

IT’S ALL LEVEL!!! The Buff’s equalise via a stunning free-kick from the edge of the box from Carlo Monti. 1-1. 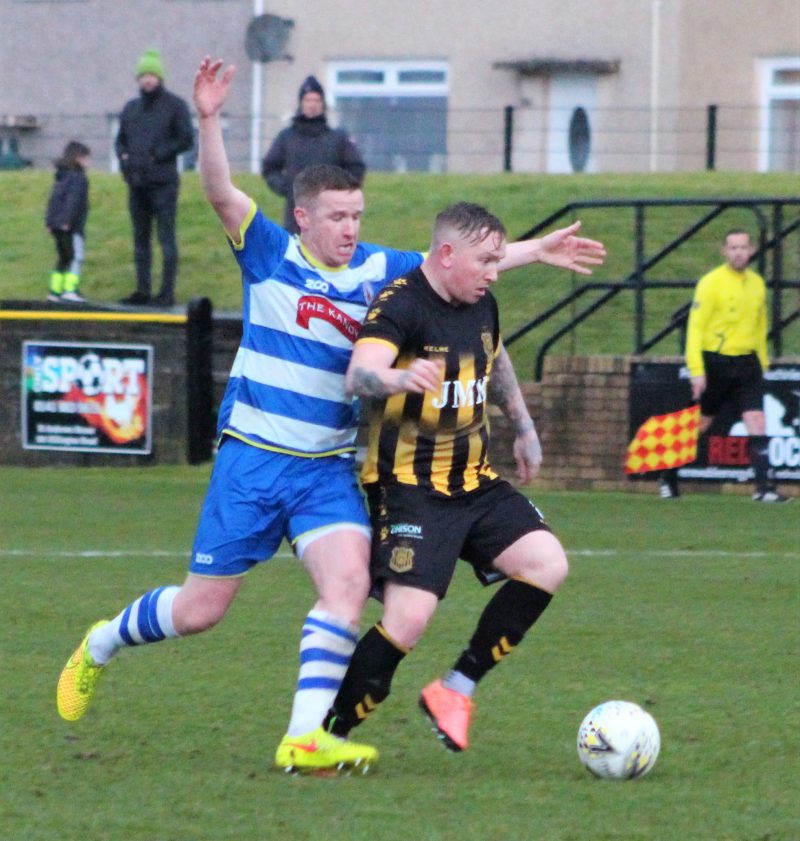 Although under pressure, Mark Shankland goes on a blistering run down the middle of the park, which eventually leads to…

…him coolly slotting the ball past the ‘keeper and restoring Talbot’s lead. 2-1. 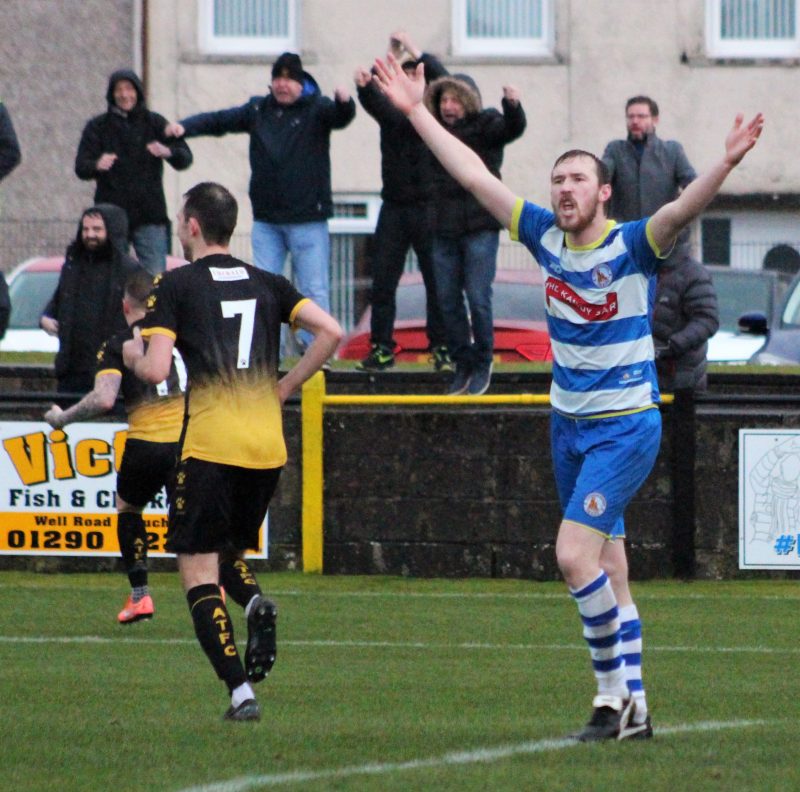 Mark races away to celebrate, while Kilwinning plead their case for offside. 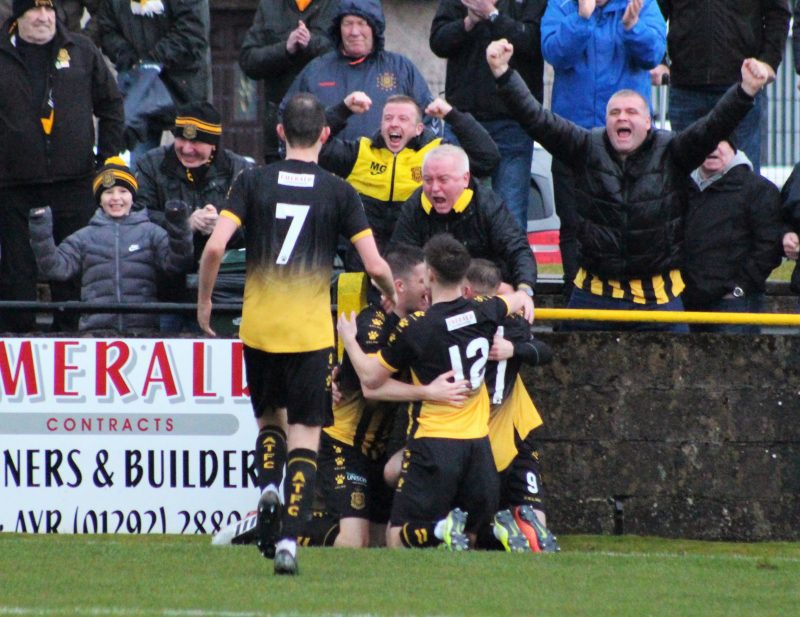 I think a certain Talbot LEGEND in the crowd enjoyed ‘Shankers’ goal.

THREE FOR TALBOT!!! After some ‘pinball’ inside the box the ball finally falls to Graham who calmly fires the ball into the bottom corner of the net. 3-1. 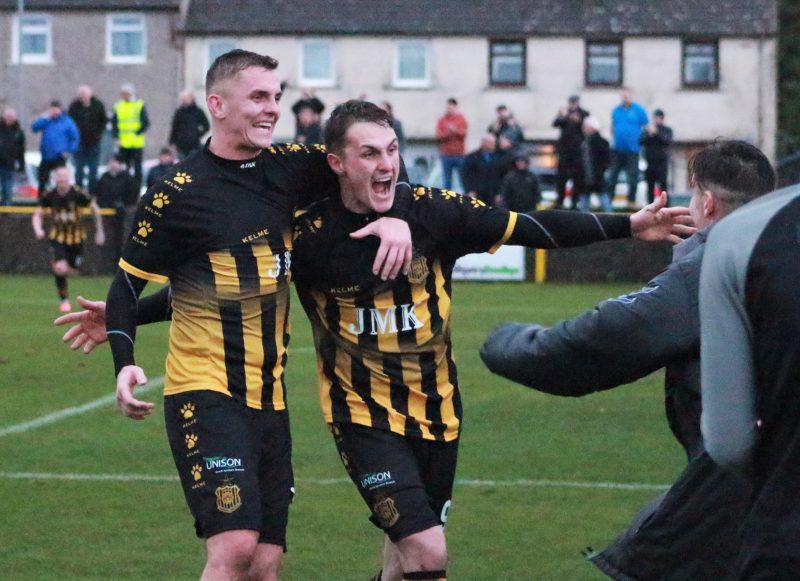 It’s great to see ‘Gee’ back to his goal scoring ways, as he celebrates scoring his second with his brother, Stephen. 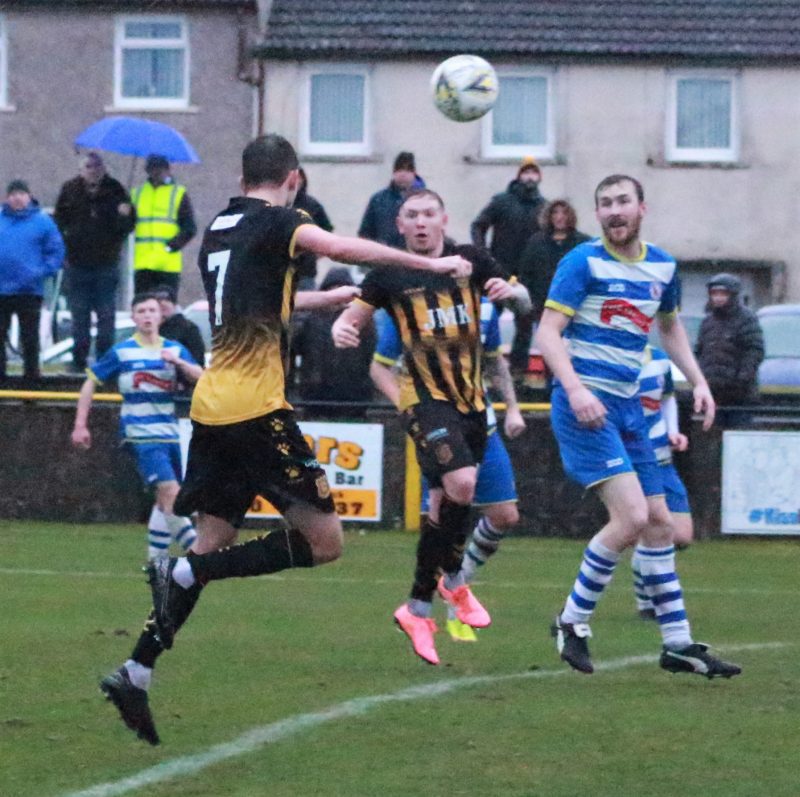 WHAT A FOUR-SE TALBOT ARE!!! With acres of space inside the box, Dwayne Hyslop buries the ball into the back of the net via a brilliant header. 4-1. 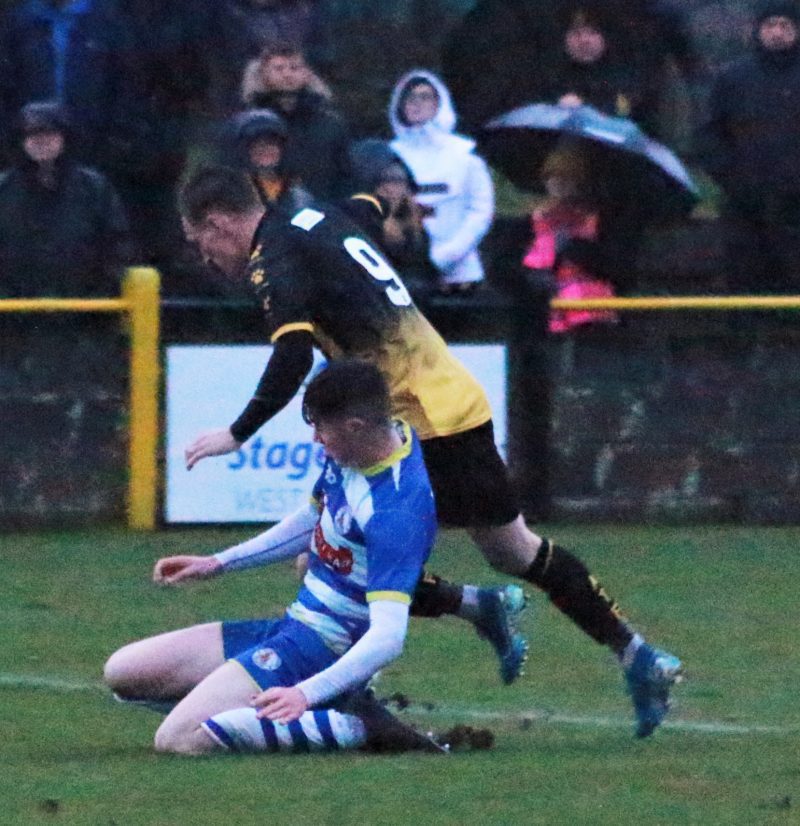 Graham Wilson gets deemed to have been fouled inside the box and Talbot get awarded a penalty. 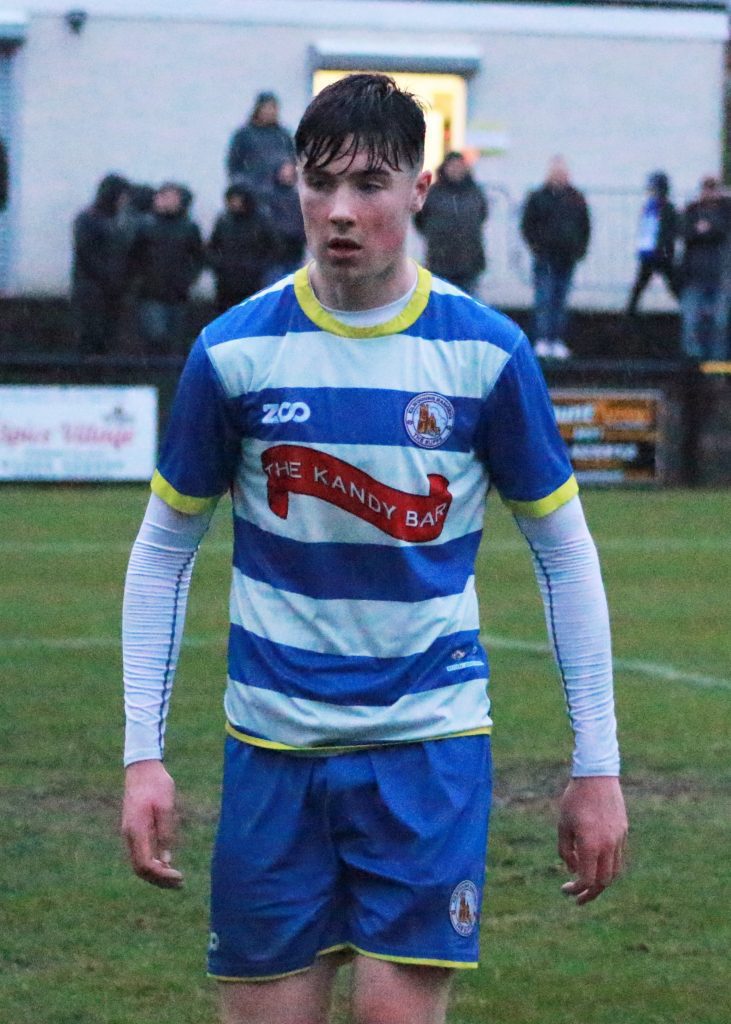 After giving away a penalty, Michael Hewitt goes for an early bath, as he got shown a red card for his foul. 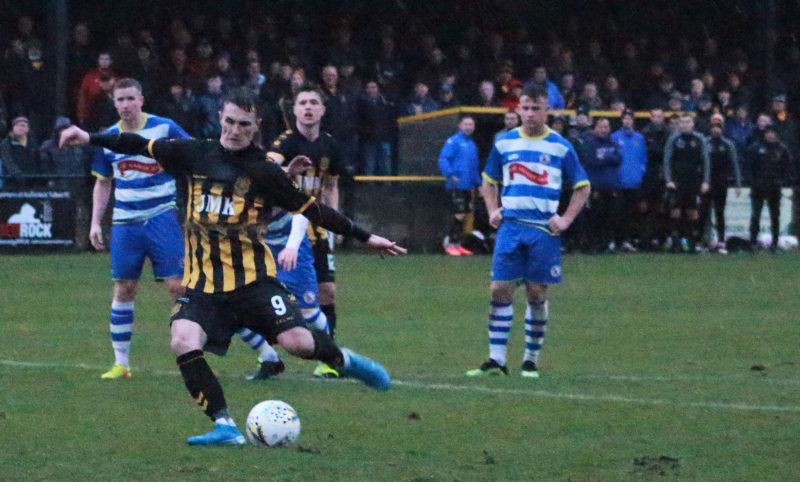 The Talbot bench look on, as ‘Gee’ seals his hat-trick from the spot and increases the ‘Bot’s lead. 5-1.