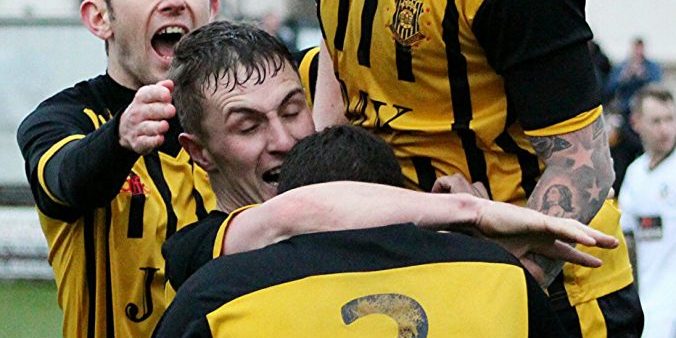 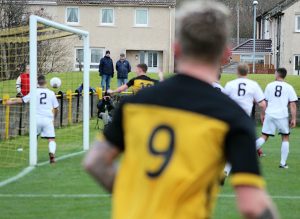 Shankland gets a grandstand view of McCracken’s opening goal for Talbot (which is more than what I did! Thanks Mark! ?) 1-0. 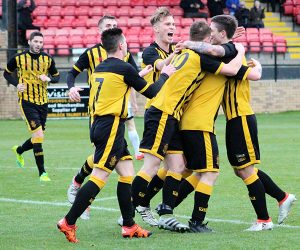 Ross Harvey is all smiles, as he and the rest of the Talbot players congratulate McCracken for his opener. 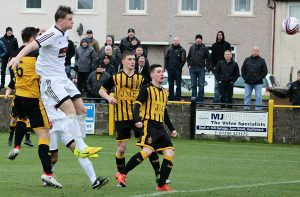 With the second half barely a minute old, up pops Craig McCracken and heads the ball into the back of the net. Two for Craig and two for Talbot. 2-0.

Joy all round for Talbot and the supporters, as everybody celebrates Craig’s goal. 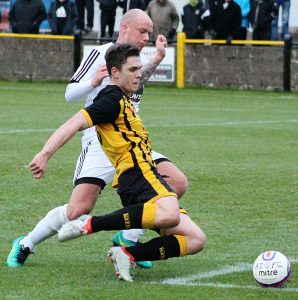 McCracken races deep into the Pollok box and from a very tight angle, he some how manages to find a way past the defence and ‘keeper to slot the ball home. 3-0. 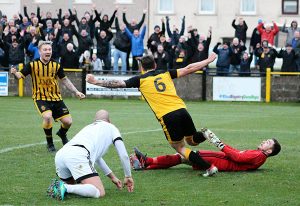 Three for Talbot and three for the hat-trick hero……Black and gold euphoria! 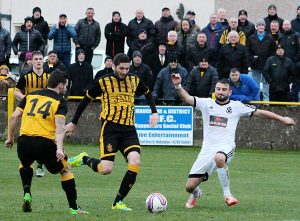 Gordon Pope rounds off the scoring by racing onto a loose ball in the box and fires it into the back of the net. 4-0. 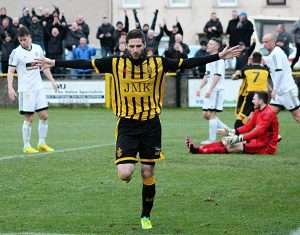 Pope wheels away in delight after scoring, as Pollok are left to ponder what might have been. 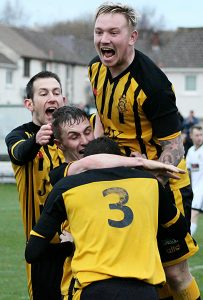 Words can’t describe the level of happiness in this picture! 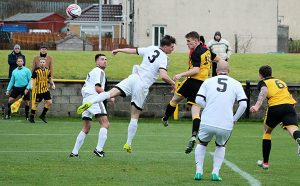 Shankland can only watch, as ‘G’ gets onto the end of his corner but unfortunately fails to hit the target. 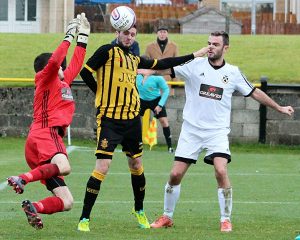 From in front of the goal, Gordon Pope gets thwarted by the Pollok ‘keeper. 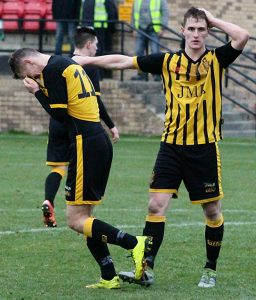 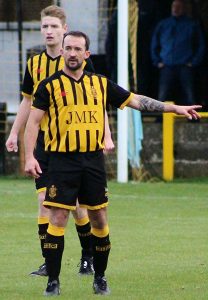 Danny Boyle looks on, as Stephen White gets the players ready. 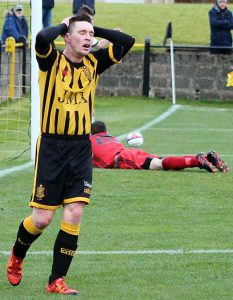 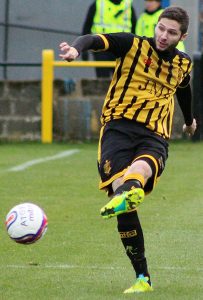 It’s fingers crossed for Gordon, as he hopes this pass hits the target. 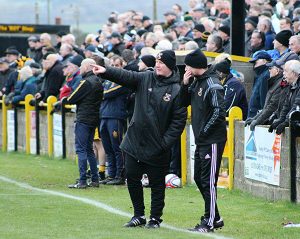 The away bench roar out the orders, as the crowd watch the action unfold. Photographs by Paul Flynn.