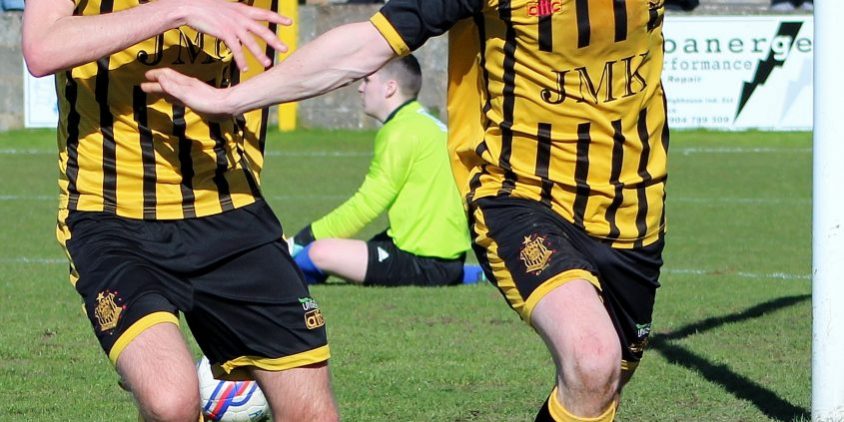 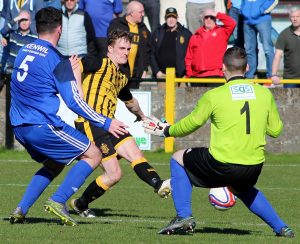 Graham Wilson opens the scoring for Talbot, albeit in controversial circumstances. ‘G’ takes advantage of the opposition pausing, thinking he was offside, races into the box and calmly slots the ball past the ‘keeper. 1-0. 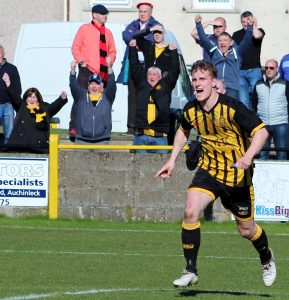 Graham and some Talbot fans go wild after his goal, although, I bet these two Rob Roy fans wish they were standing somewhere else. 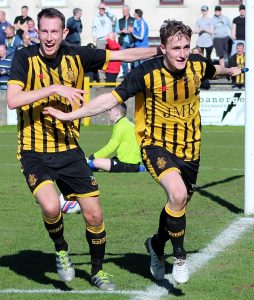 ‘Pee-wee’ congratulates ‘G’ after seeing him put Talbot into the lead. 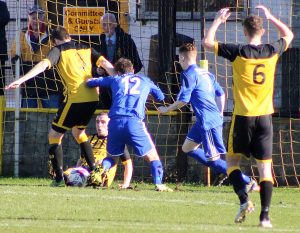 Steven Wilson holds his hands up in disbelief as he watches Lyle and Pope brilliantly defend and stop Rob Roy from scoring, right on the goal-line. 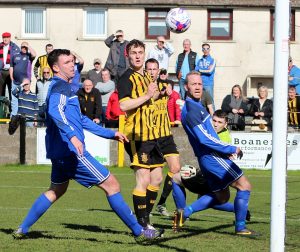 Graham, Dwayne and the Rob Roy defence can only watch, as Hyslop’s early chance goes whizzing past the far post. 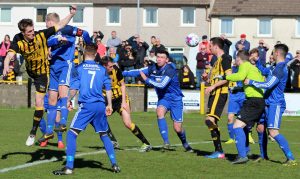 As Graham Wilson’s heads the ball towards goal, Milliken looks to get to the ‘second ball’. 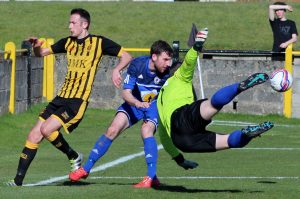 Hyslop tries to meet the ball at the back post but the Rob Roy ‘keeper gets to the ball first. 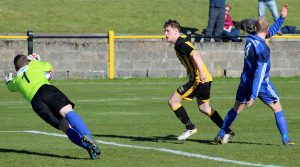 ‘G’ tries a cheeky chip from close range but the ‘keeper pulls off a great save in order to thwart him. 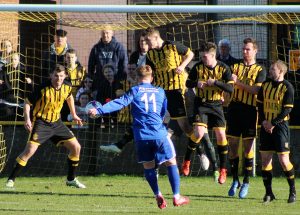 The ‘Black and Gold’ wall stands tall and McGoldrick keeps his eye on the ball, as he looks to stop this Rob Roy free-kick. 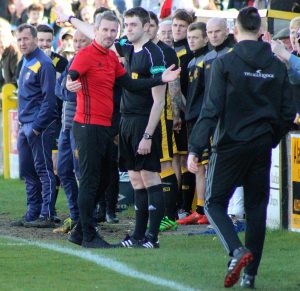 As things get heated after Talbot get reduced to ten men, ‘Rabs’ Manager, Stewart Maxwell, gets sent away too. 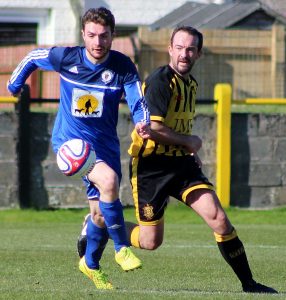 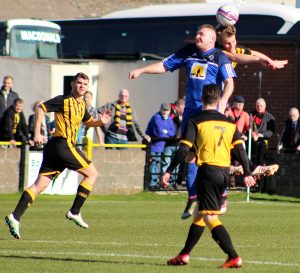 Ross Harvey and Willie Sawyers do battle in this aerial challenge, as others look on. 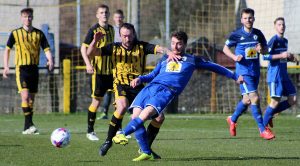 ‘Whitey’ tries his best to win back possession for Talbot. 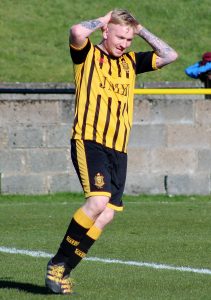