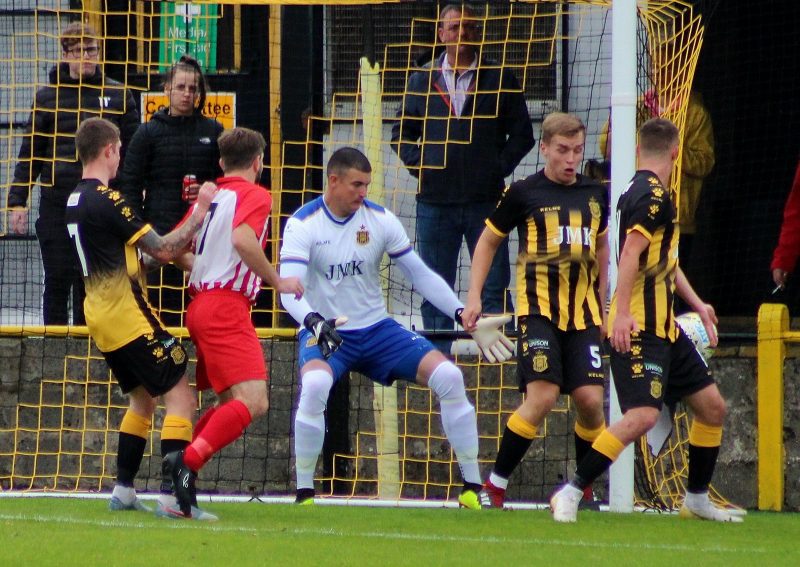 Hurlford strike first, as Liam Caddis manages to squeeze the ball into the back of the net via a cool back heel kick. 0-1. 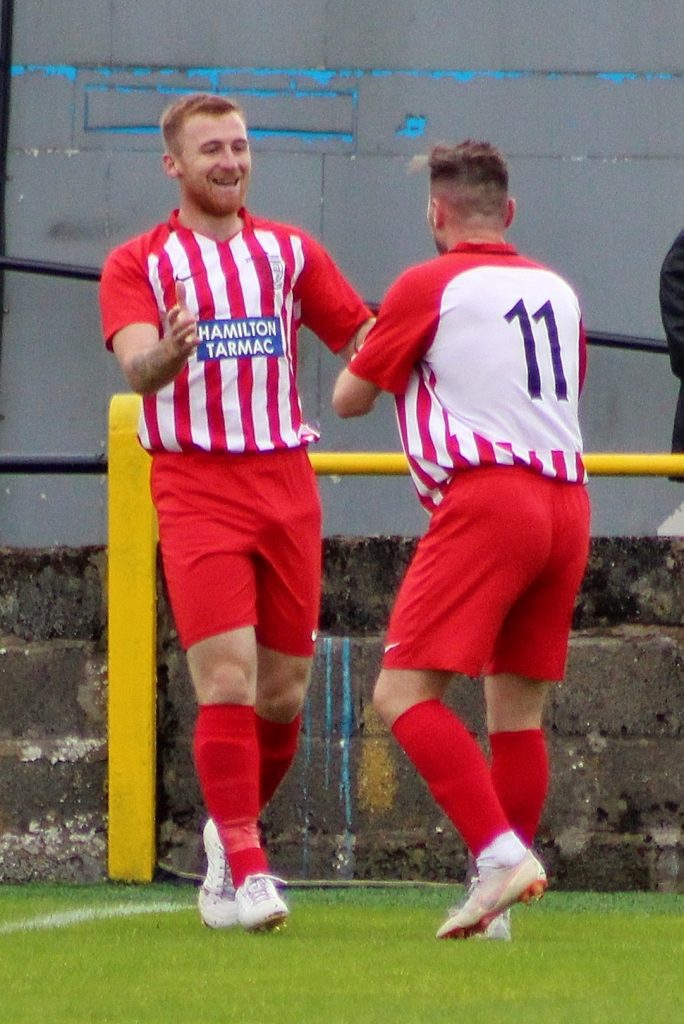 Hurlford are all smiles after taking the lead at Beechwood Park. 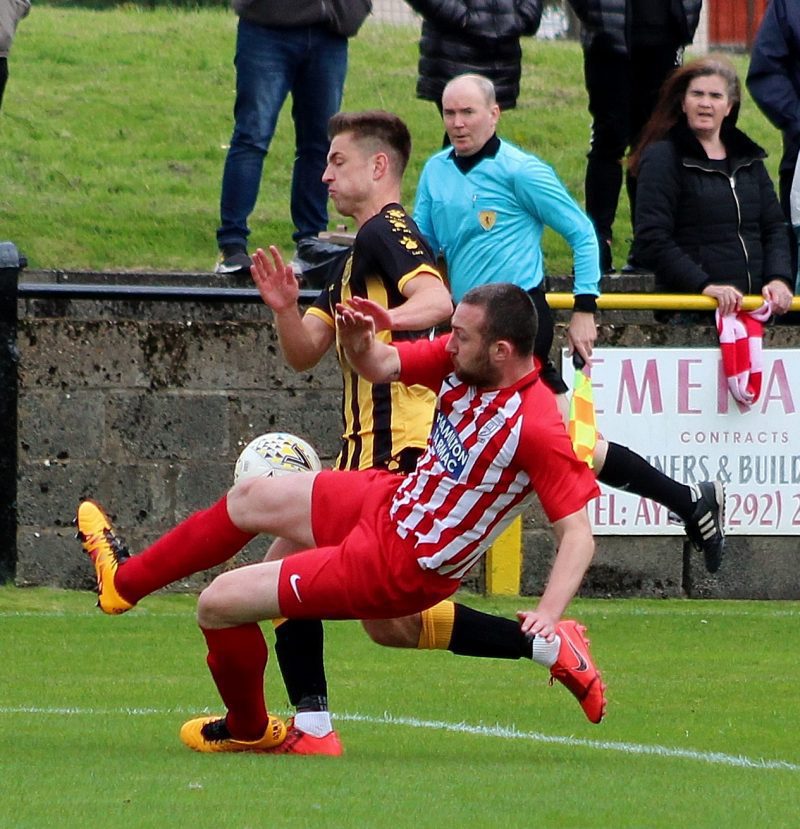 Should this have been a penalty to Talbot. Glasgow gets brought down inside the box via a hefty challenge. 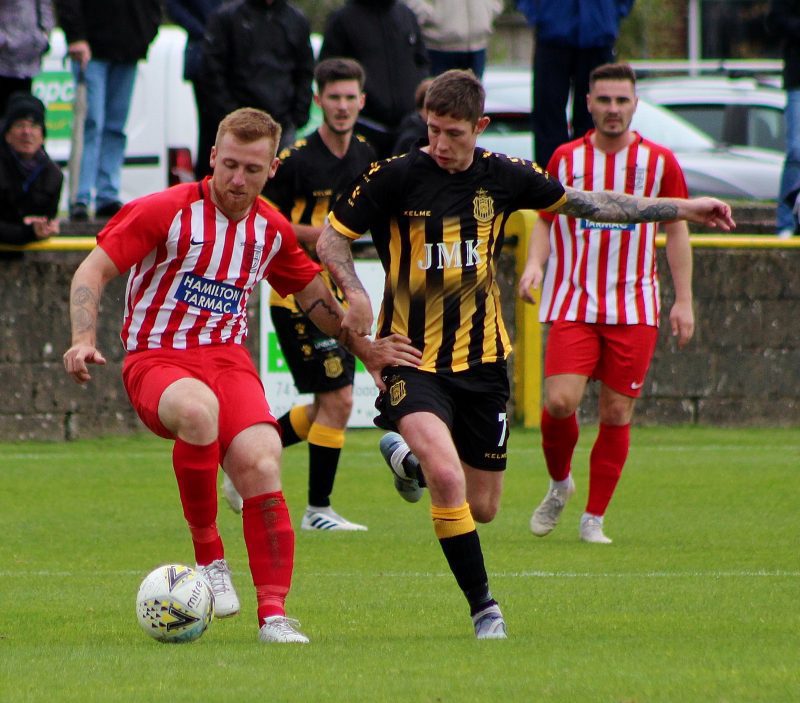 Gareth Armstrong closely marks his man in the middle of the park. 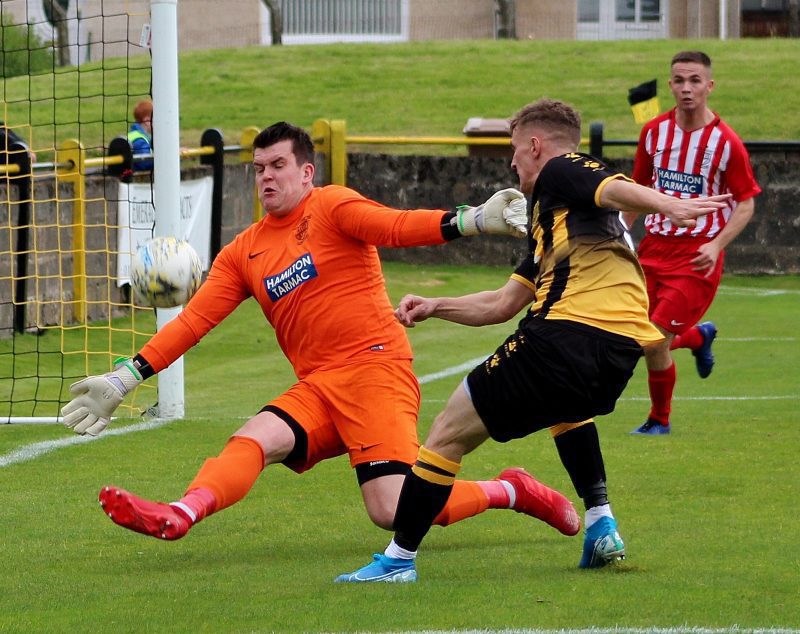 ‘Gee’ finds himself with space inside the box but he fails to hit the target, as the ‘keeper pulls off a great save. 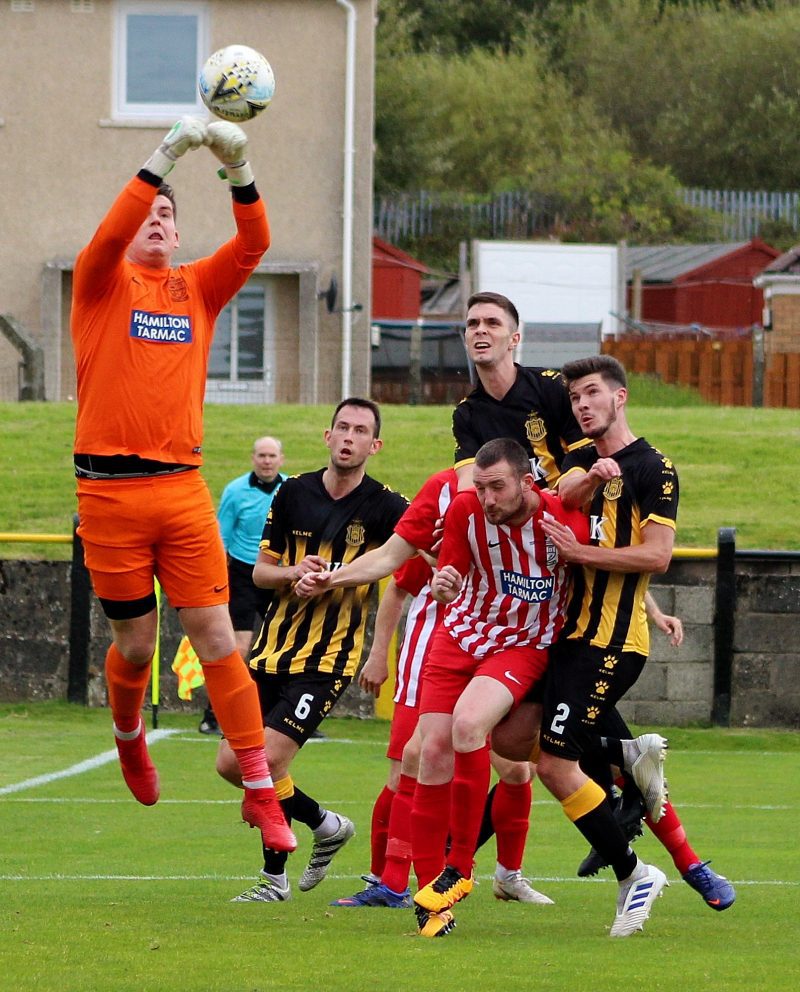 Although there’s a queue of Talbot players waiting to head the ball home, the Ford ‘keeper gets there first to punch the ball away from danger. 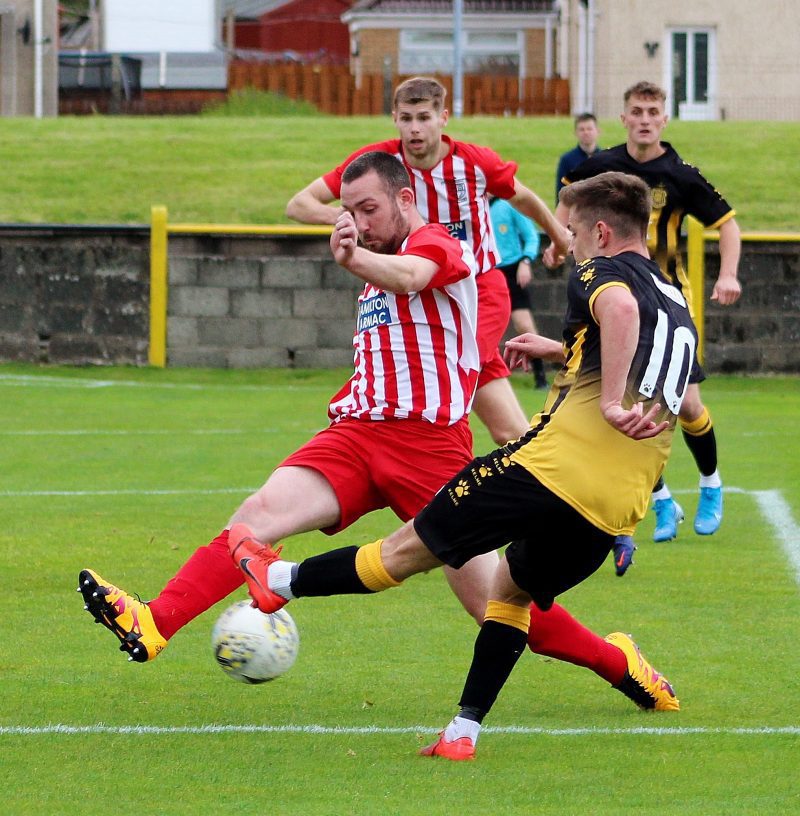 Jamie turns in the box and has a go but his shot gets blocked by the defender. 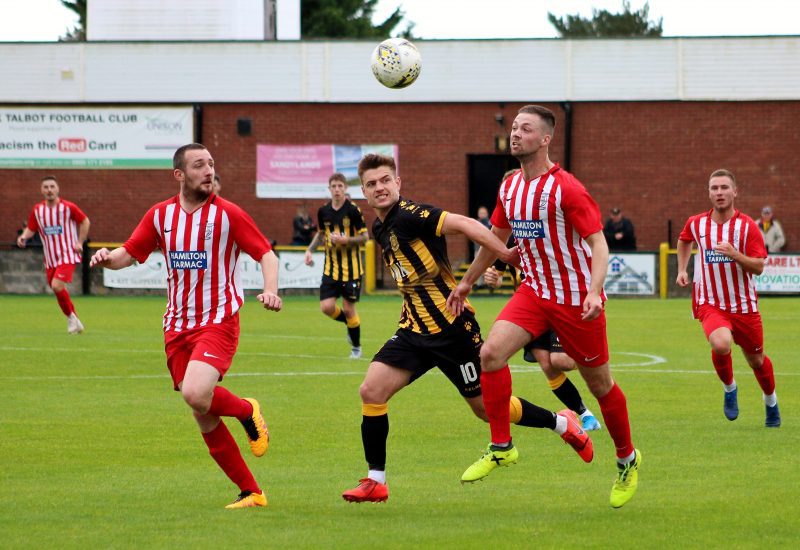 Glasgow tries to win the ball back but the defender manages to nod it back to the ‘keeper first. 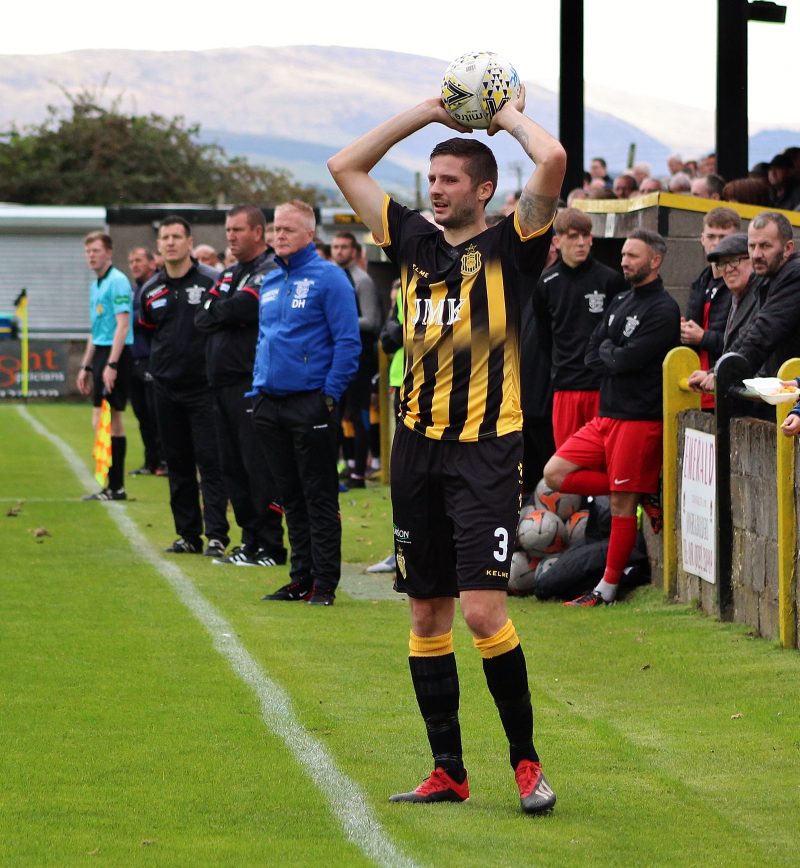 The benches look on, as ‘Popey’ looks to get another attack started. 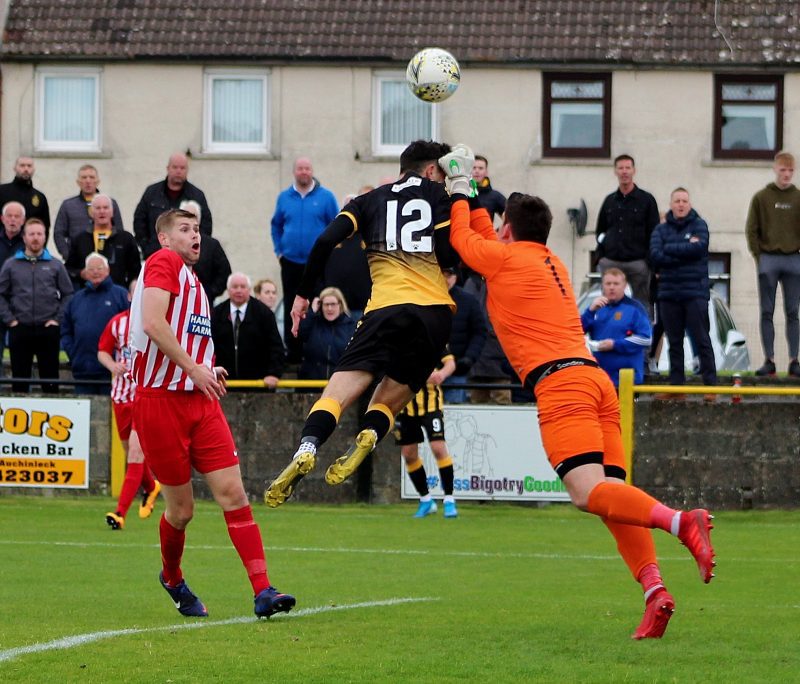 Samson gets a sore one from the ‘keeper, as he tries to get to the ball before him. 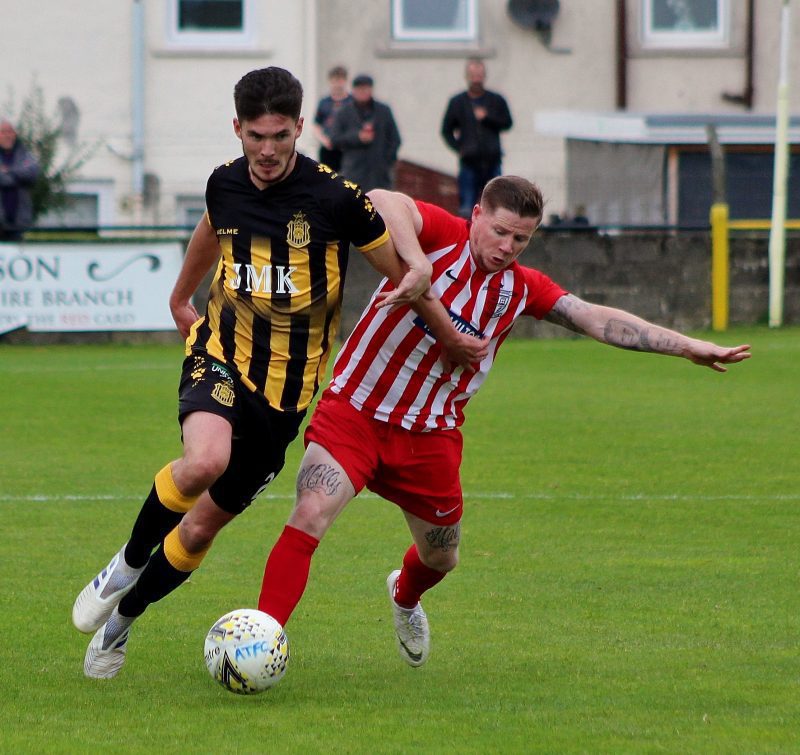 Dylan Young goes on a great run down the park. 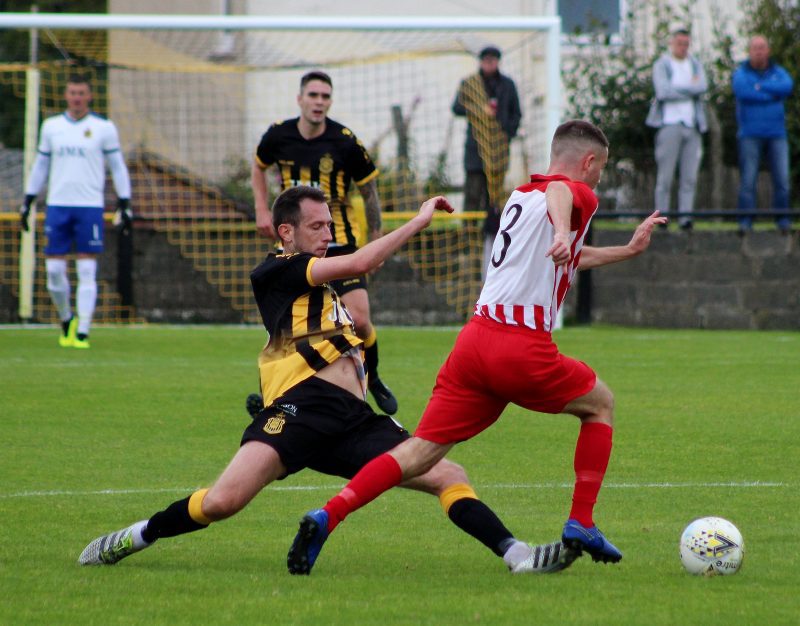 ‘Pee-Wee’ does his best to put a stop to this Hurlford attack. 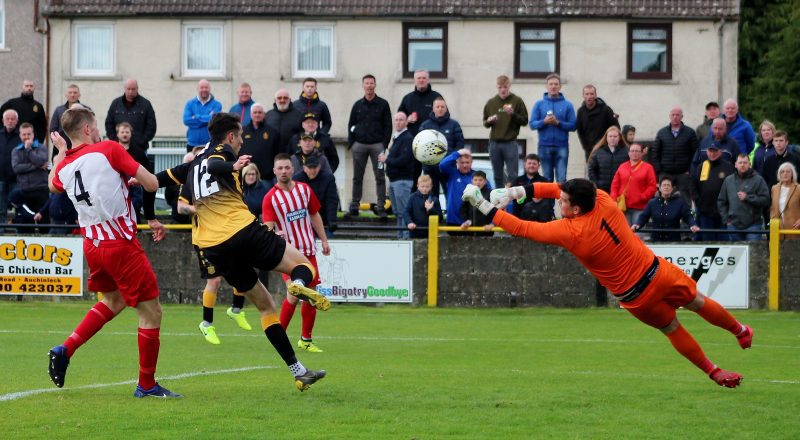 As Keir looks to get on the end of Mark’s cross, the Ford ‘keeper pulls off a good save to stop it but… 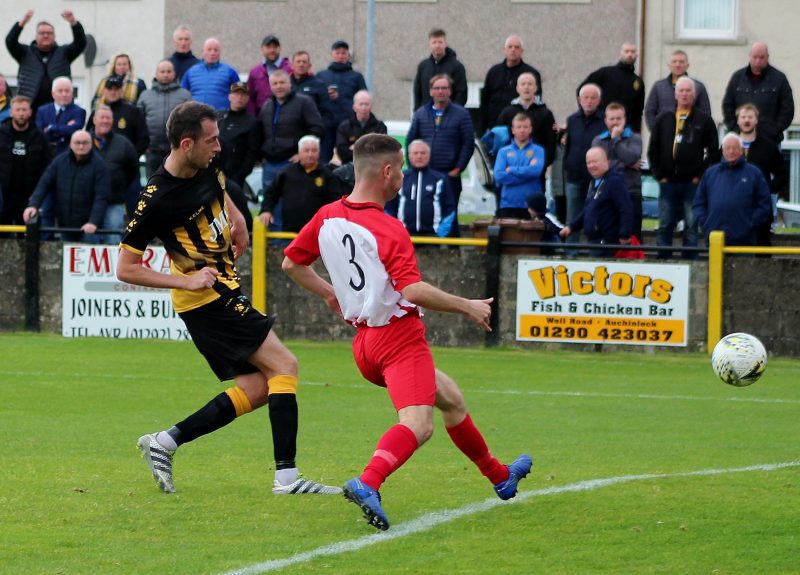 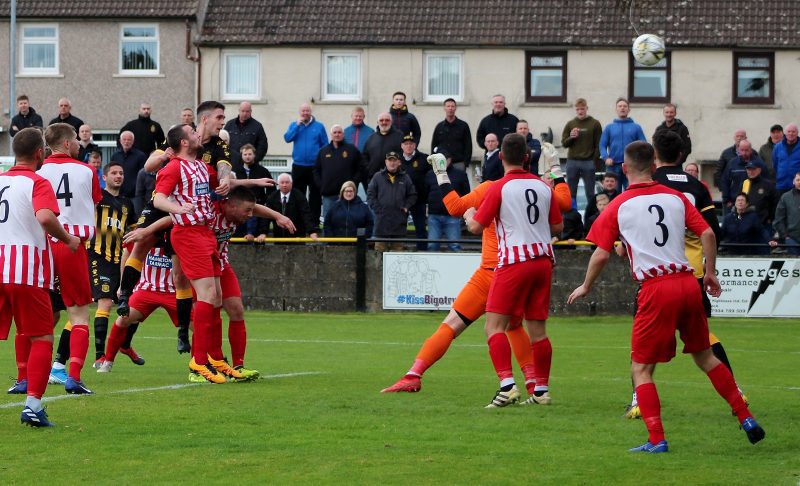 McCracken sends a crackin’ header towards goal but… 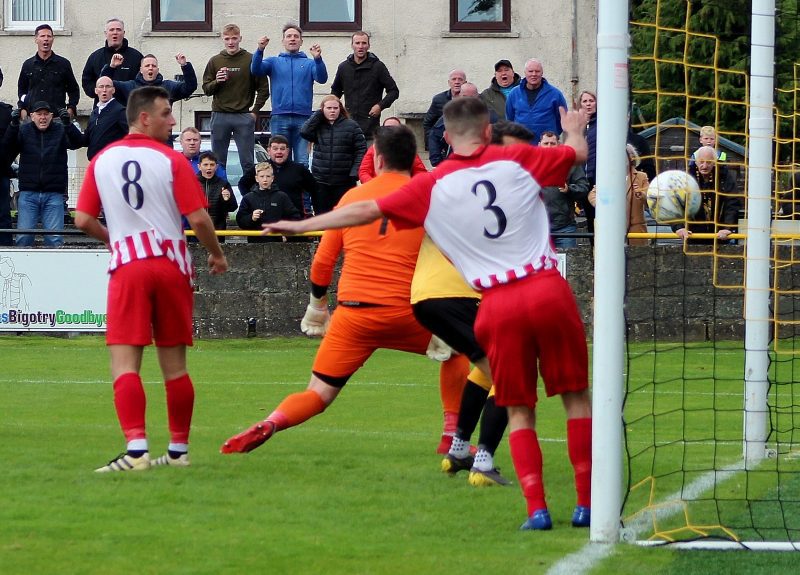 the ball smashes off the inside of the post and can only follow the path of the goal-line before being cleared. 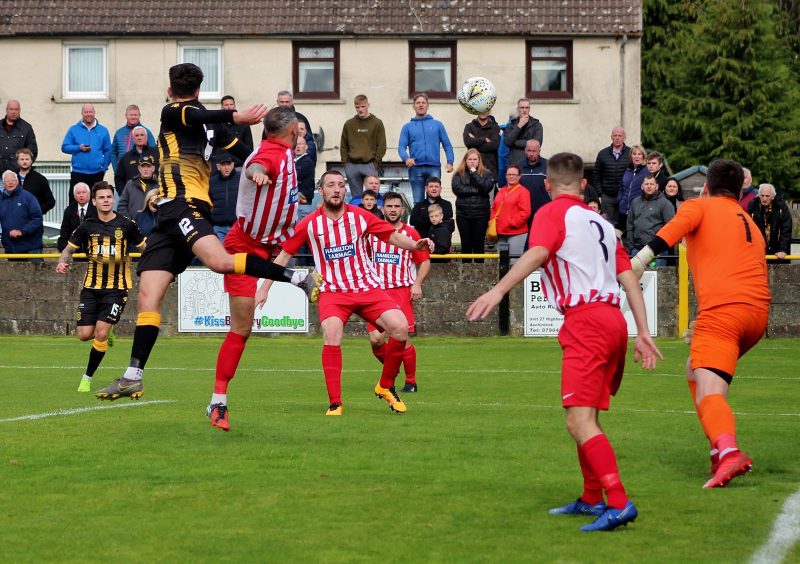 Samson tries an awkward header but the ball goes wide of the far post. 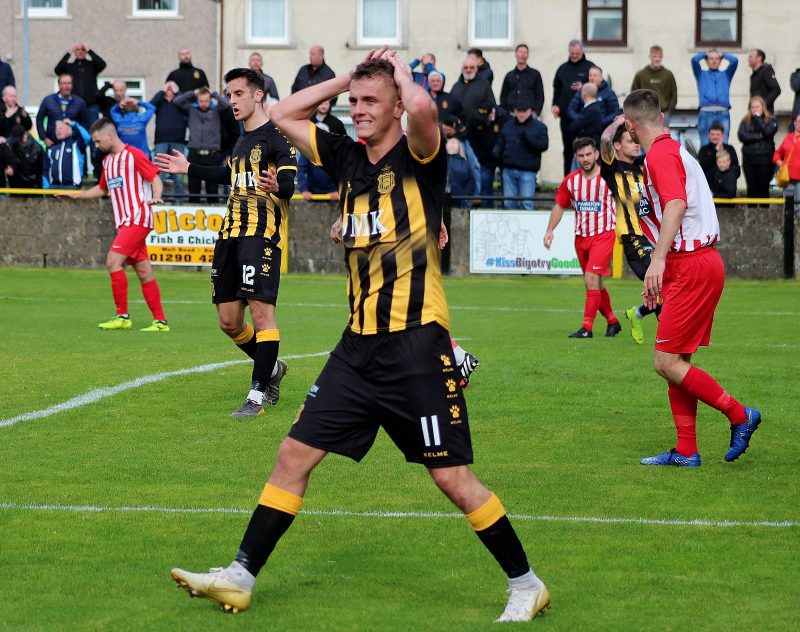 Both Keir and Stephen feel the frustration after seeing how close that chance was. 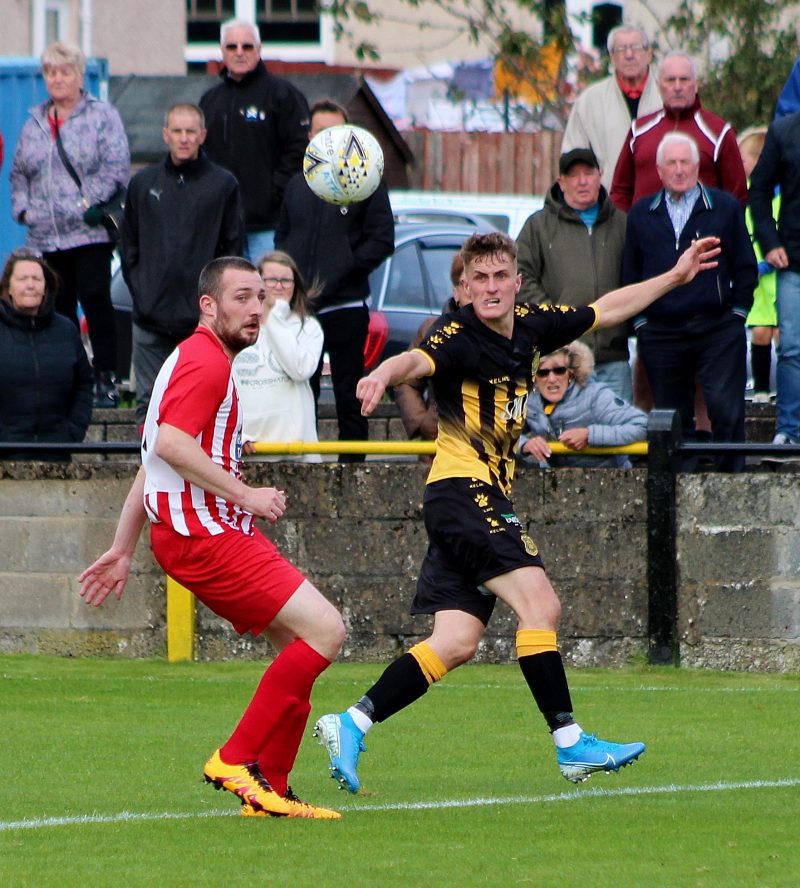 Graham races into the box and fires over a great cross. 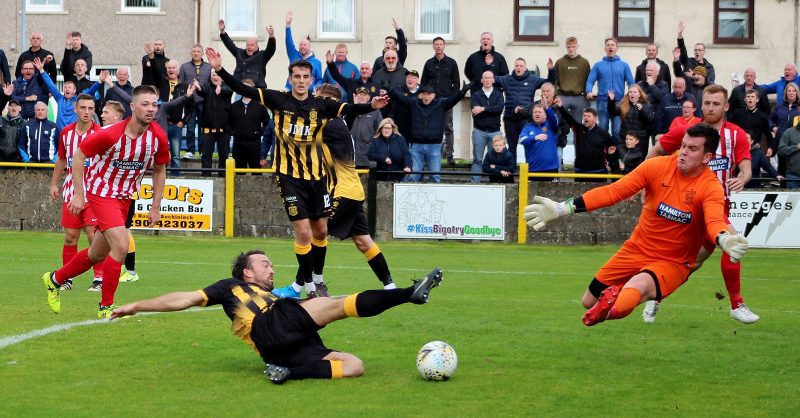 While ‘Whitey’ continues with a shot at goal, everybody else screams for a penalty after a foul in the build up.

Up steps ‘Gee’ but he sends his penalty wide of the post. 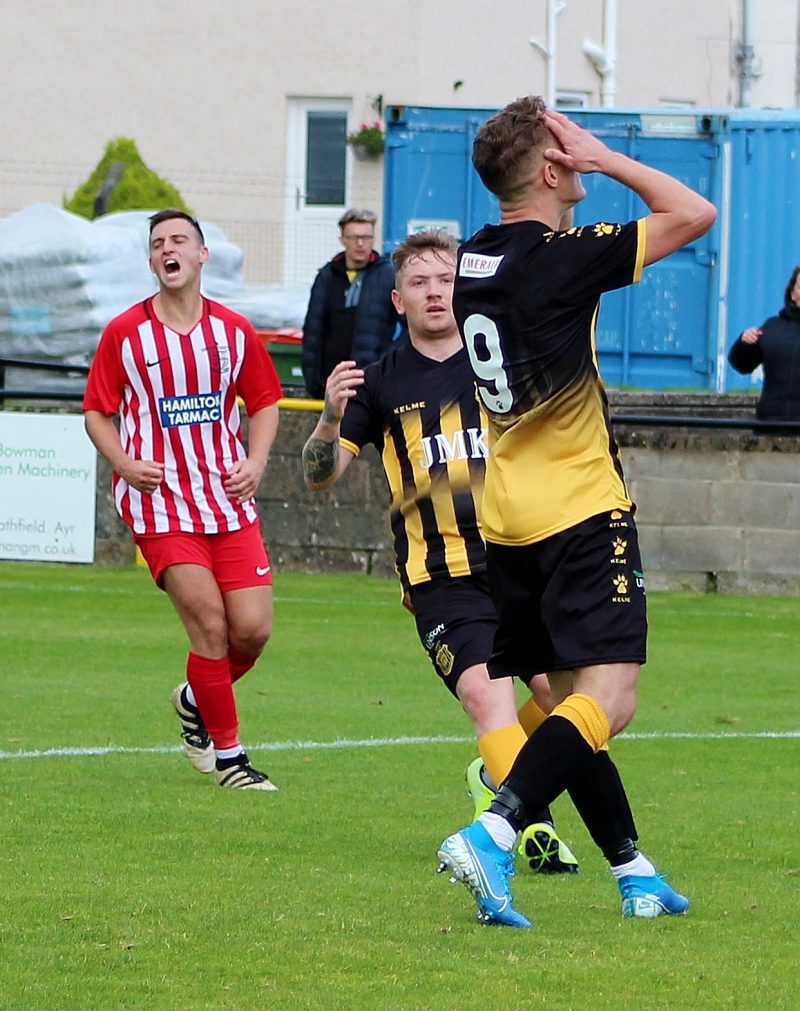 Hurlford roar with relief, while ‘Shankers’ and Graham rue a missed opportunity to take the lead. 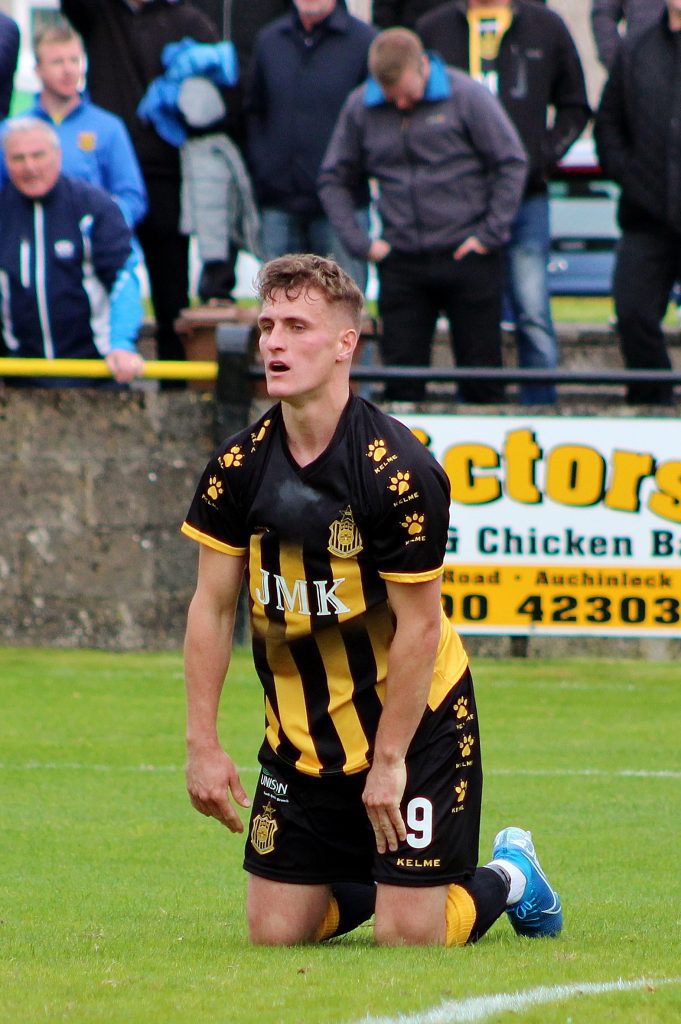 Both ‘Gee’ and the Talbot faithful feel the anguish, as another chance fails to find the net. 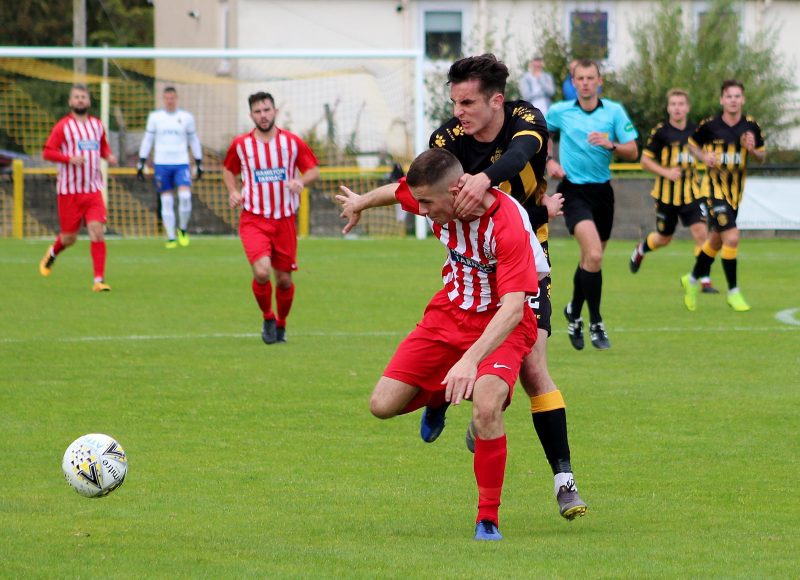 Samson does his best to muscle past his opponent. 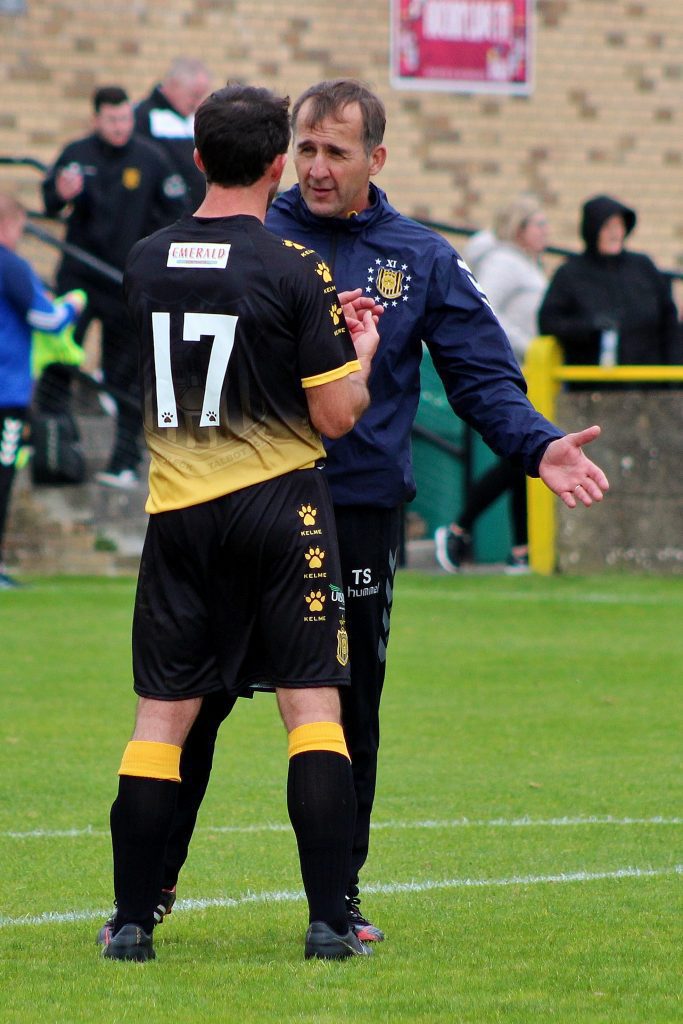 Tucker and Steven share some opinions about the game at Full-Time. 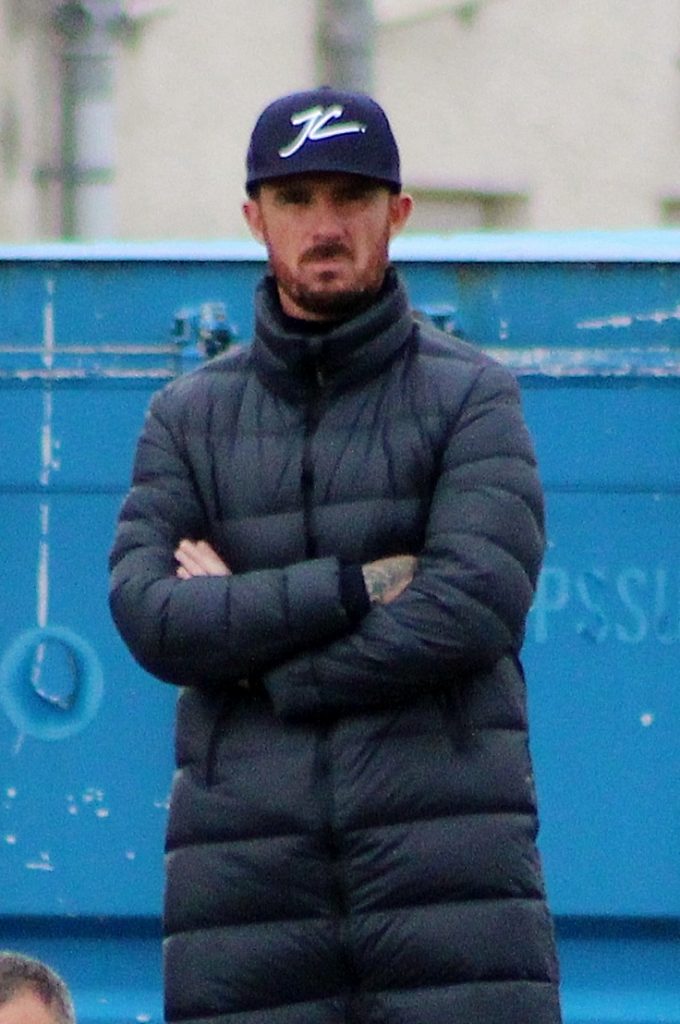 Well…we will see you on Friday night, Mr Ferguson.