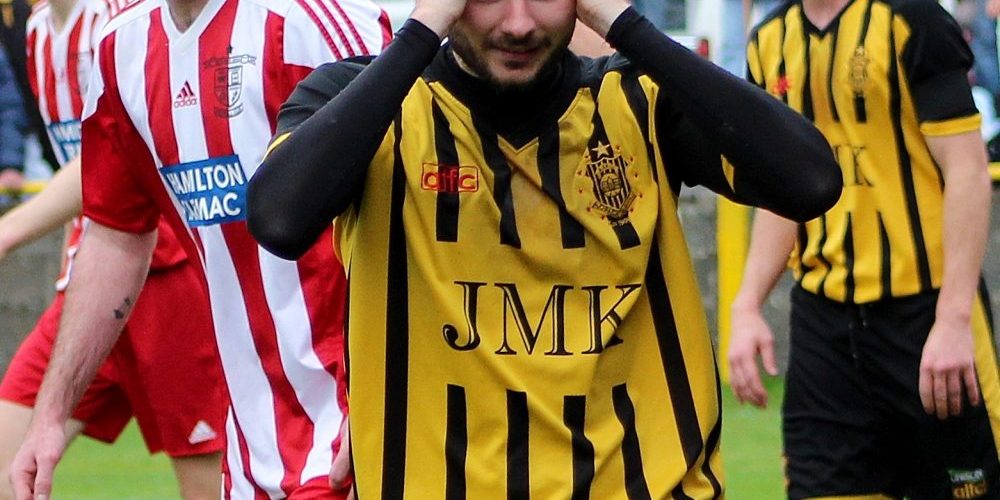 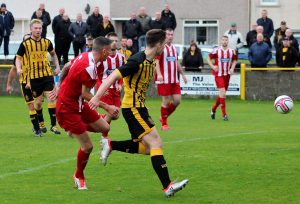 From a Milliken cross, McCracken races in at the back post, heads the ball back across the face of the goal and into the far bottom corner of the net. 1-0. 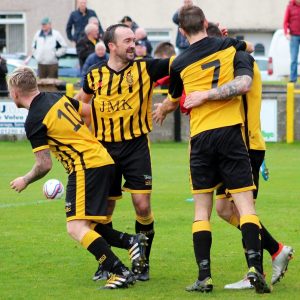 Craig McCracken gets congratulated by his team-mates for the opening goal, as it’s all smiles for Talbot. 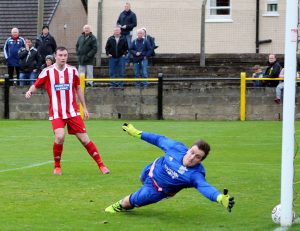 The ‘Ford ‘keeper tries his best but is unable to stop Wullie Lyle’s thunderous shot from smashing into the bottom corner of the goal. 2-0. 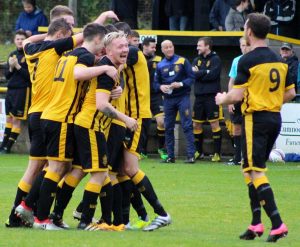 The Cheshire Cat will be feeling jealous if he ‘clocks’ Mark Shankland’s smile here, as he and the rest of the Talbot players celebrate Lyle’s wonderful goal. 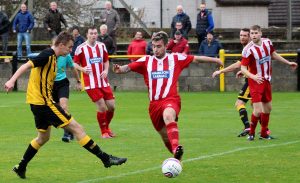 From extreme close range, Steven Wilson finds some space and unleashes a powerful strike towards the Hurlford goal…… 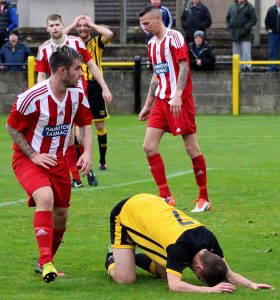 ……but he can only slump to the deck and Milliken can only look on in anguish, as Wilson’s strike can only hit the side netting. 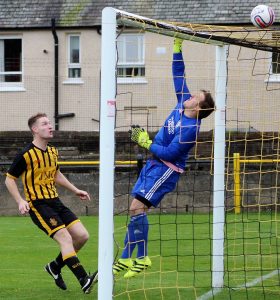 Danny Boyle can only watch, as the Hurlford ‘keeper manages to tip a Talbot strike over the crossbar. 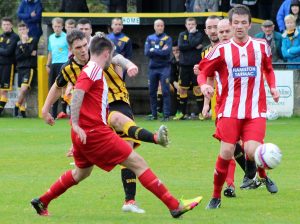 Although there is two defenders baring down on him, McCracken still manages to offload a shot. 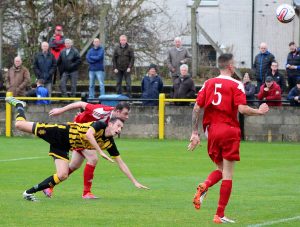 ‘Pee-Wee’ comes crashing down to the ground, as he can only watch his header get comfortably saved by the ‘keeper. 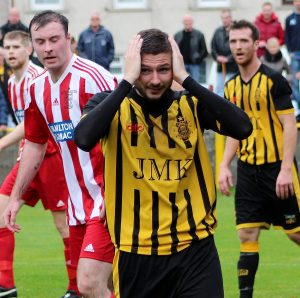 Hurlford are relieved, Milliken looks stunned and Gordon Pope just can’t bear it, as his close range header fails to find the back of the net. 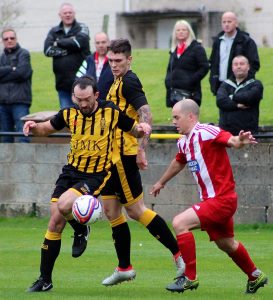 As he avoids crashing into Craig McCracken, Stephen White brings the ball down and goes on a run up the middle of the park. 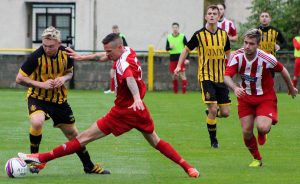 Mark Shankland manages to win the ball for Talbot and evade the lunging tackle from the Hurlford player. 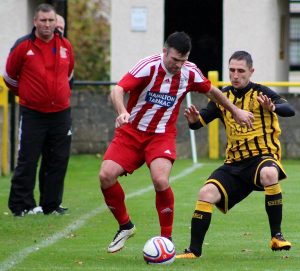 The Hurlford bench look on, as Lyle tries to win the ball back for Talbot. 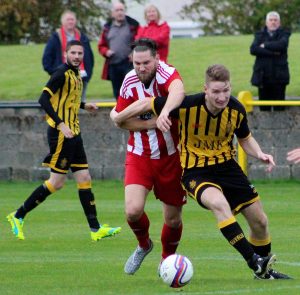 Boyle tries to stand his ground and keep the Talbot attack flowing. 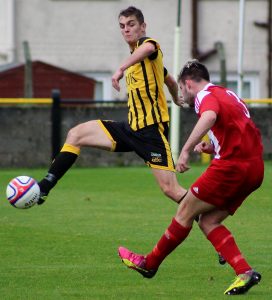 Steven Wilson tries his best to block a Hurlford pass. 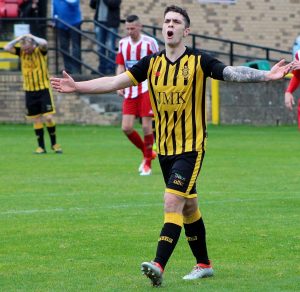 Talbot rue a missed chance, as McCracken questions the decision of offside. 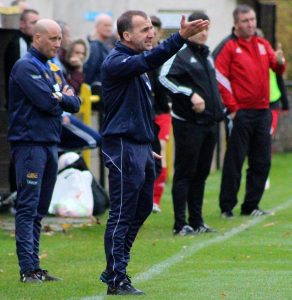 From the dugout, ‘Tucker’ roars out the orders to the team. 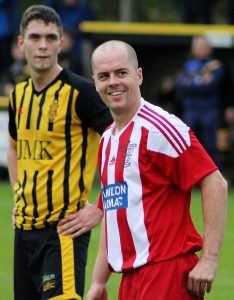 They may have got beat 2-0 but Hurlford still manage to smile. Photographs by Paul Flynn