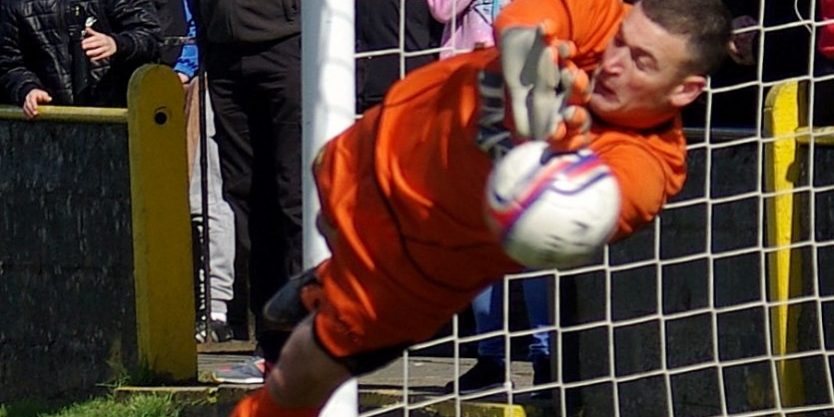 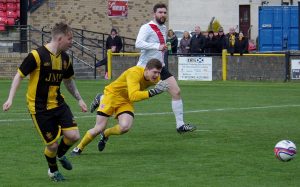 Very early in the second half, Shankland races into the box, rounds the ‘keeper and slots the ball into the net. 1-0 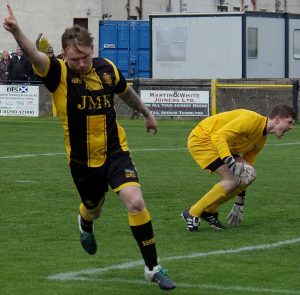 As the Clydebank ‘keeper roars in anguish, ‘Shankers’ wheels away in delight after scoring. 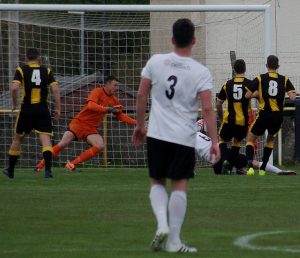 With the game entering the final quarter, Clydebank manage to equalise, as they get on to the end of a free-kick and poke the ball home at the back post. 1-1. 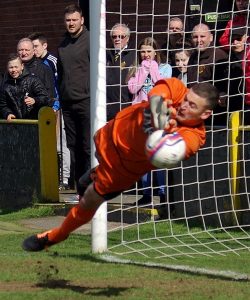 With the game now being decided on penalties, up steps Talbot’s Andy Leishman and saves one of Clydebank’s penalties. 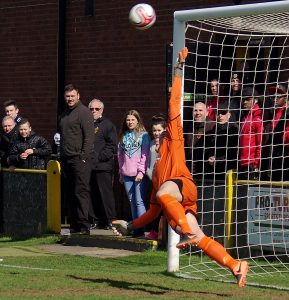 Although Leishman guesses correctly he doesn’t need to save it, as the Clydebank penalty smashes into the crossbar instead. 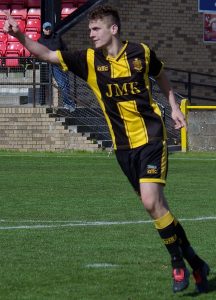 With Talbot just needing to score in order to go through to the semi-finals, up steps Stevie Wilson and smashes the ball into the back of the net from the spot and then runs off to begin the celebrations. 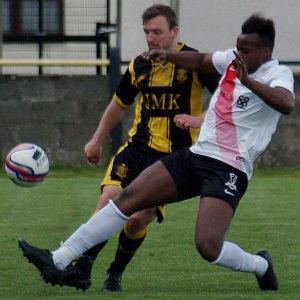 Due to this challenge on James Latta, Clydebank are reduced to 10 men as the player here receives his second yellow card. 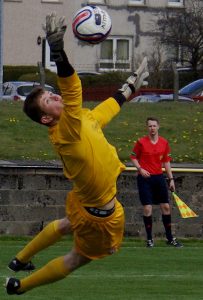 With the first-half drawing to a close, Mark Shankland fires a ferocious freekick towards goal but is thwarted by a stunning save from the Clydebank ‘keeper. 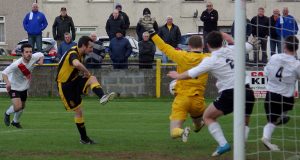 From very close range, Love makes the ‘keeper pull off a great save, as Robert tries his best to put Talbot back into the lead.

The orders get roared out for Clydebank. 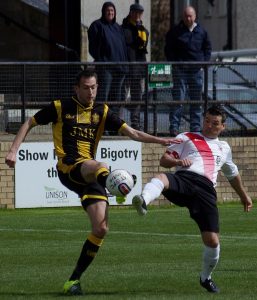 As the three Talbot Amigos watch the action unfold, ‘Pee-Wee’ tries to win back possession. 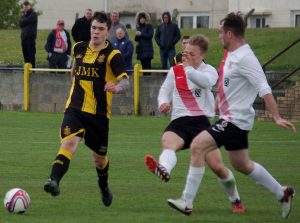 McCracken goes on a big run up the park before releasing the ball. 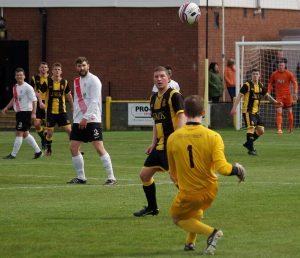 The players look on, as the ‘Bankies get another attack going. 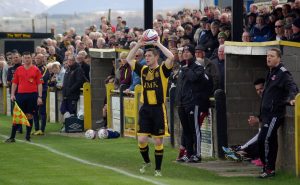 A healthy crowd watch from the terrace, as Lyle tries to get the ball back into play. Photographs by Paul Flynn