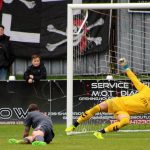 The deadlock is broken by Beith, as they get to the rebound first and fire the ball past Andy Leishman from close range. 1-0. 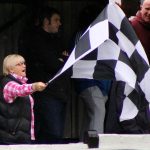 This Beith fan quite rightly gets the flag out to celebrate their opener. 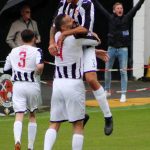 Its black and white joy all round for Beith, as they celebrate going two nil up. 2-0.

The Talbot bench and the crowd closely watch the action unfold, as young Thompson goes on a run down the wing. 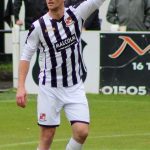 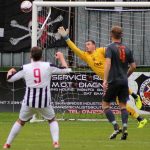 Well…this Beith shot certainly missed the target by the length of a certain type of hair. 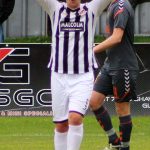 “So are we shooting this way ref?” 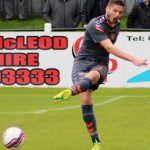 Another Talbot attack gets started through Gordon Pope. 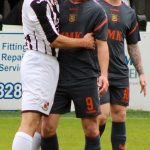 I think this hugging is just bugging our ‘Gee’, as tempers certainly begin to fray. 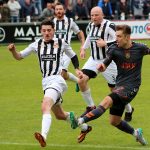 After going on a brilliant ‘half a park’ run, Jamie Glasgow tries his luck from just inside the box but, unfortunately, misses the target. 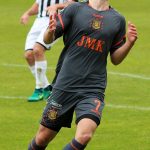 The agonising cry of a missed opportunity.

Don’t ask me Mark…the three of them seem to know where the ball should be placed.

Keir Milliken gets thwarted by a great close range save from Leishman.

Klark Thompson manages to race past his opponent and get into the box. 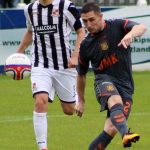 Even in the heavy rain some of us still need to work. 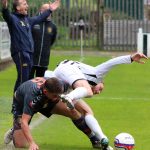 Stephen Wilson takes a sore one to the face, as Tucker airs his opinion. 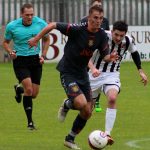 Stephen goes on a blistering run upthe middleof the park. 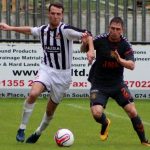 Ex team-mates, Milliken and Lyle, try to win the ball back for their team. 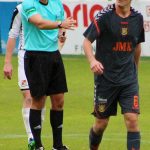 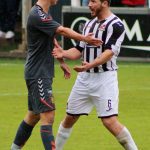 I’m sure there wasn’t any colourful language in this exchange…surely? 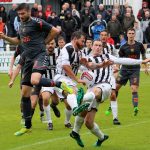 Decision time……so was it ball to hand or hand to ball? Penalty or no penalty? 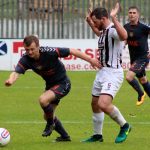 Dylan Pooler manages to break free and motor up the park. 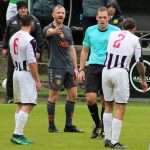 As the decision goes against Talbot, big Sean makes his views clear to the ref. 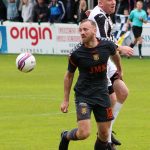 McIlroy keeps his eyes on the ball, as he gets challenged by Sheridan. 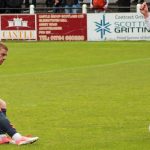 A late chance for a consolation for Talbot, as Calvin Kemp’s shot gets blocked by Sheridan. 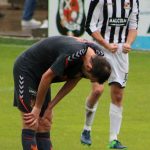 The final whistle gets blown and Hyslop can only slump with disappointment, while ex-Talbot man Keir Milliken celebrates Beith’s 2-0 win. 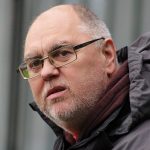 Well…this is certainly some pan of a disgruntled Talbot fan!