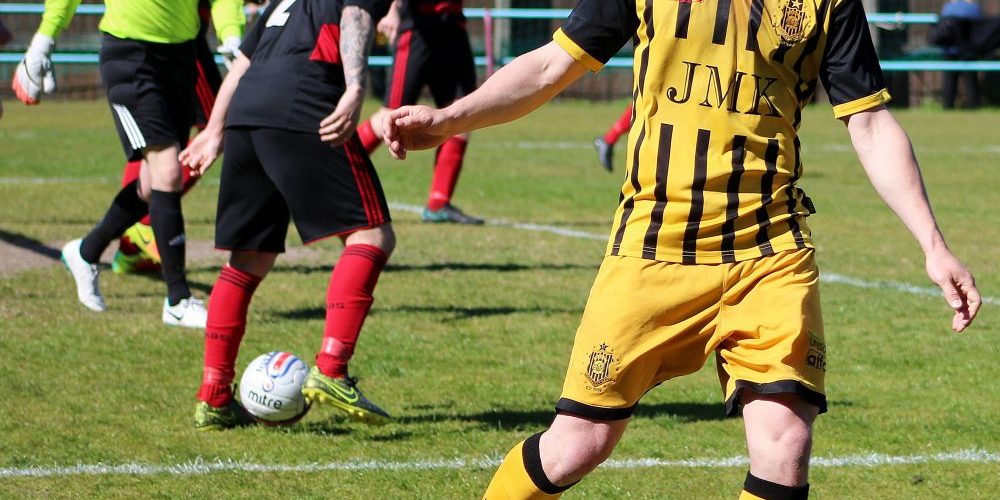 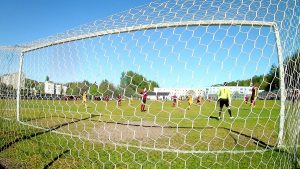 Ok folks…Was ‘Butch’ onside or offside? Here he becomes free inside the Rob Roy box and looks to get onto the end of this headed pass…… 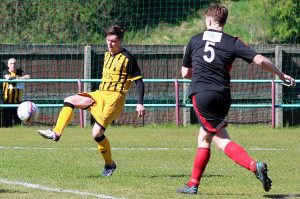 ……which he does, by hitting the ball on the volley…… 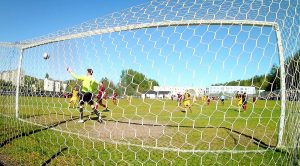 ……and although he cooley smashes the ball home, he was deemed to be offside by the officials. 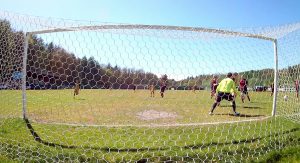 ……but, unfortunately, ‘G’ slots the ball narrowly wide of the post. 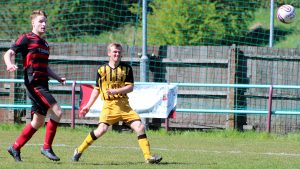 After making a tremendous run into the Rob Roy box, Dylan Pooler beats Danny Boyle and tries an audacious chip but the Roy ‘keeper comfortably saves the shot. 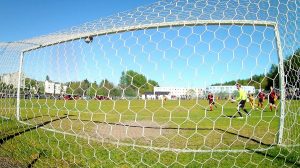 After creating space for himself inside the box, ‘G’ fires a thunderous shot past the ‘keeper but only manages to make a big dent in the crossbar. 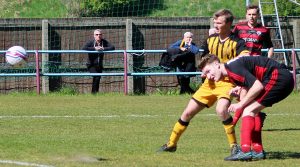 Dylan and Danny can only watch, as Pooler smacks a shot off the dusty pitch and onto a looping path towards goal…… 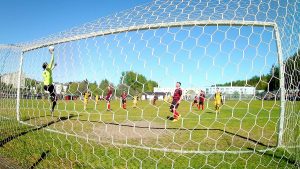 ……but the Roy ‘keeper pulls off a great save to tip the ball over the bar. 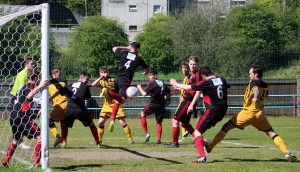 From a corner, Stephen White thunders a strike towards goal from very close range…… 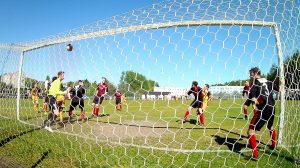 ……but, agonisingly, can only smash the ball off the crossbar, while everybody else is frozen to spot.

Wullie Sawyers finds himself one-on-one with Andy Leishman but fires the shot too straight at the ‘keeper and the chance is gone for Rob Roy. 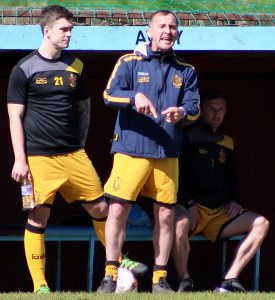 With Talbot looking for a winning goal, ‘Tucker’ roars out the all important tactics. 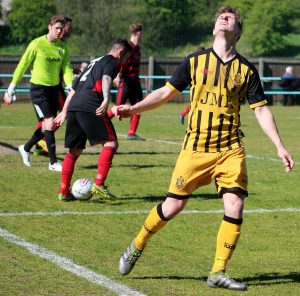 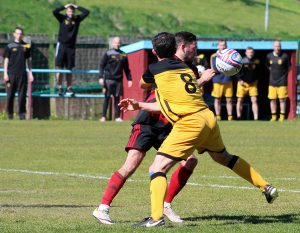 As Stephen fights to create a chance for Talbot, McGoldrick and the rest of the Auchinleck bench can only hold their hands on their heads and pray a chance comes along. 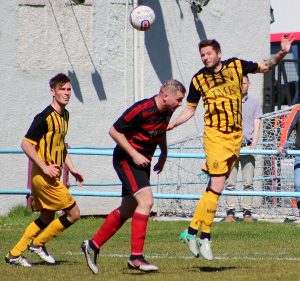 Gordon Pope and Ross Harvey make sure the Black and Gold defence line is not breached. 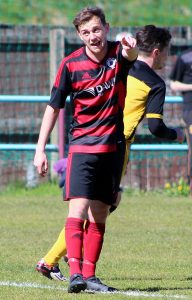 After Talbot get a goal ‘chalked’ off, this Rob Roy player points out what went wrong for his defence. 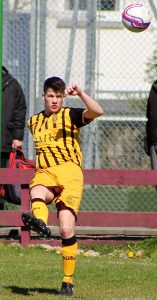 McPherson clears his lines and ‘hoofs’ the ball back up the park. 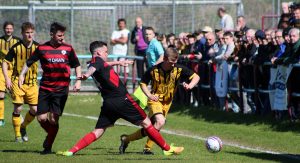 Pooler gets stopped in his tracks, as the crowd closely watch the action unfold. 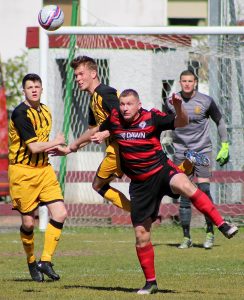 Harvey gets to the ball first and stops the Rob Roy attack. 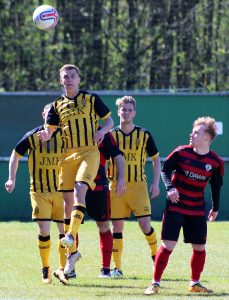 Steven Wilson jumps the highest and heads the ball back down the park. 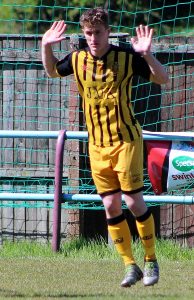 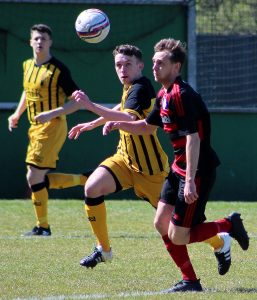 All eyes on the prize, as Thompson tries to win the ball for Talbot. 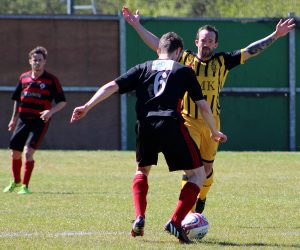 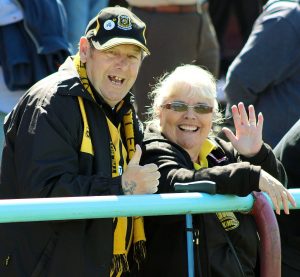 Some Talbot fans enjoying the sunshine football on a glorious Saturday afternoon. Photographs by Paul Flynn.