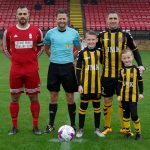 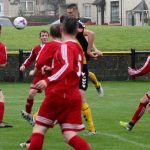 The games opening goal was scored by Graham Wilson, as he heads the ball home from a cross into the box. 1-0. 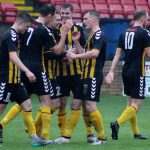 Its all smiles for Talbot after making it three and easy. 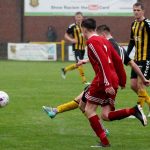 From outside the box, Jamie Glasgow goes for the spectacular and smashes the ball into the top corner of the net! 4-0. 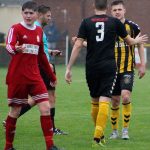 Auchinleck celebrate their fourth while Forres vent their fraustration. 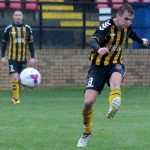 Stephen Wilson gets his name on the scoresheet, as he fires the ball home from distance. 5-0. 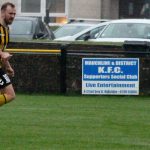 After rounding the Forres ‘keeper, McIlroy easily slots the ball into the back of the net. 6-0. 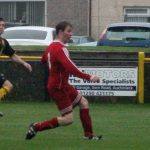 From a difficult angle, Jamie Glasgow manages to squeeze the ball into the bottom left hand corner of the net. 7-0.

Gordon Pope rounds off Talbot’s scoring, as his low-struck free-kick nestles into the bottom corner of the net. 8-0. 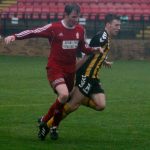 Get your judges’ wigs on folks. Was Klark Thompson fouled here, inside the box??? 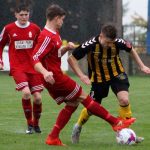 Jamie Glasgow races up the park but gets stopped in his tracks by the game’s visitors. 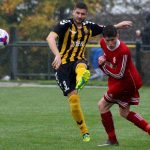 Pope fires the ball back up the park. 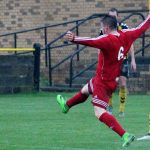 ‘Gee’ tries his luck at goal, as the defender does his best to block the shot. 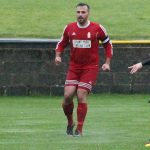 After finding space in the box, Wullie Lyle flashes his shot across the face of goal and out for a goal-kick. 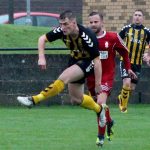 Graham tries a volley from close range but misses the target. 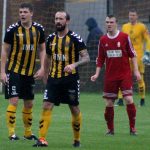 Something has certainly left Neil and ‘Whitey’ open-jawed in shock……any guesses folks??? 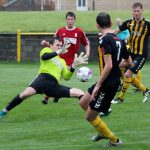 ‘Pee-wee’ tries to pick out Harvey with an assist but the Forres ‘keeper pulls out a great save to stop them. 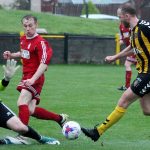 Sean has a pop at goal but his shot gets blocked inside the box. 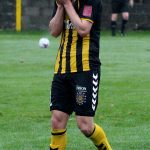 Its a head in hands moment for Glasgow, as he misses a great chance for Talbot.

‘Gee’, again, finds space inside the box and has a go but, unfortunately, his shot fails to hit the target. 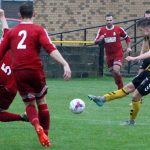 Another Auchinleck chance falls to Jamie, as he tries his luck. 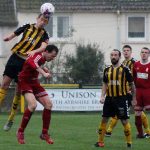 Hyslop rises the highest and heads the ball back down the park. 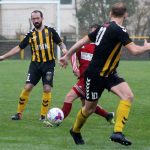 Steven White threads through a great pass for Sean McIlroy to run on to. 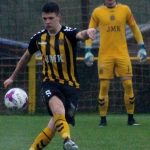 Another Talbot attack gets started through McPherson. 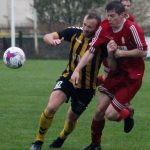 Sean comes up against a strong challenge from this Forres player. 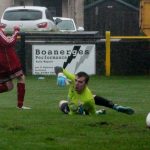 Everybody can only watch in slow motion, as Jamie’s shot is struck across the face of goal and goes agonisingly wide of the post. 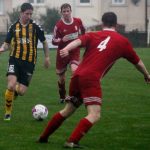 Armstrong gets closely watched, as he races down the park.