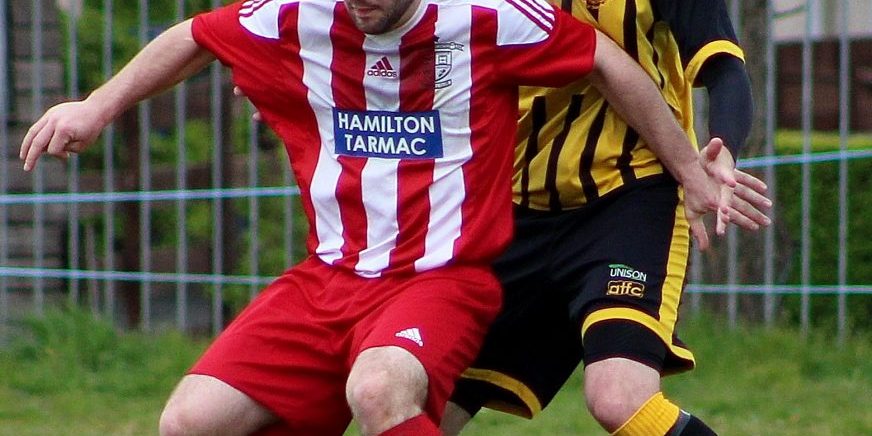 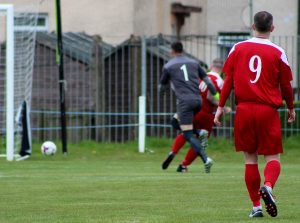 After Leishman fumbles the ball in mid-air and lets it drop behind him, the Hurlford player races in, gets to the ball first and comfortably slots the ball home. 1-0. 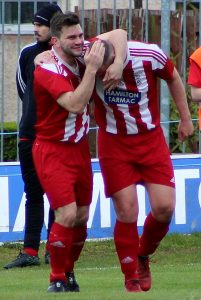 A ‘well done pat on the head’, as the goal-scorer gets congratulated by his team-mate. 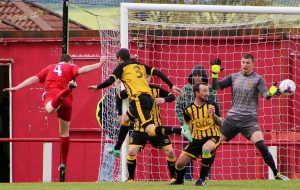 A close range header towards goal from Hurlford leads to an unfortunate own goal by Talbot and puts the ‘Ford into a comfortable lead. 2-0. 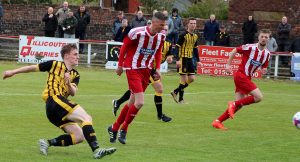 The comeback is on! With the second half entering the closing stages, ‘G’ manages to find space in the box and fires a low, powerful shot towards goal…… 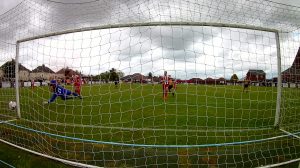 ……and pulls one back for Talbot, as the ball smashes into the bottom left hand corner of the net. 2-1. 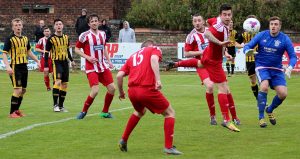 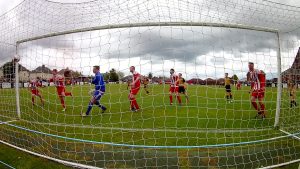 ……but instead of putting it out for a corner, he fires the ball into the back of his own net and, thus, helps Talbot to complete their comeback. 2-2. 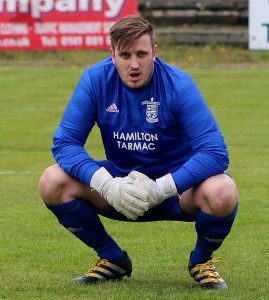 After conceding a late equalising goal, the ‘Ford ‘keeper can only sink to his ‘hunkers’ and feel totally dejected. 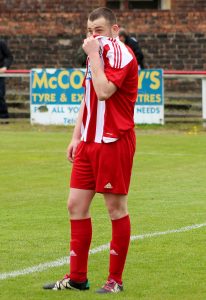 There’s nowhere to hide for this Hurlford player after seeing his team score a late equalising own goal which gave Talbot a crucial point in the title race. 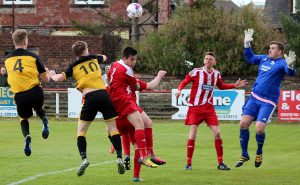 Ross Harvey and Graham jump the highest but it is ‘G’ that manages get his head to the ball first but fails to find the back of the net. 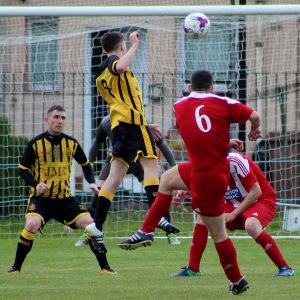 Hurlford fire a long range effort at goal but the ball goes safely over the bar for Talbot. 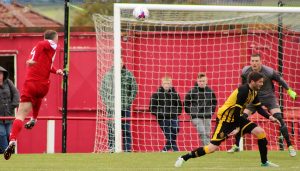 Andy keeps a close eye on the ball, as he makes sure he thwarts this shot from the ‘Ford. 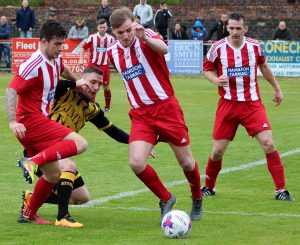 All roads through are blocked for Wullie Lyle by the Hurlford defenders. 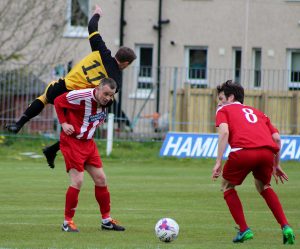 James Latta gets upended in this aerial challenge. 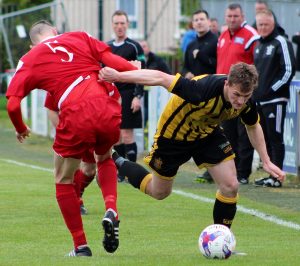 The Hurlford bench watch the action unfold, as Graham Wilson races up the wing for Talbot. 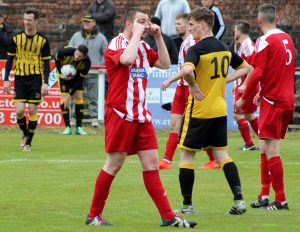 With Hurlford trying to protect their lead, this player makes sure his team-mates are ‘switched on’. 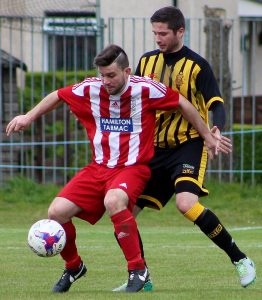 Gordon Pope makes sure he stands his ground and tries to win back possession. 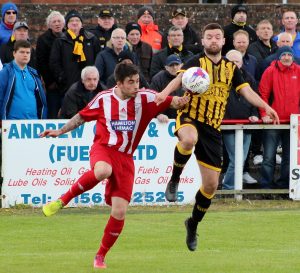 The Talbot faithful look on, as Stevenson keeps the Talbot attack going. Photographs by Paul Flynn.