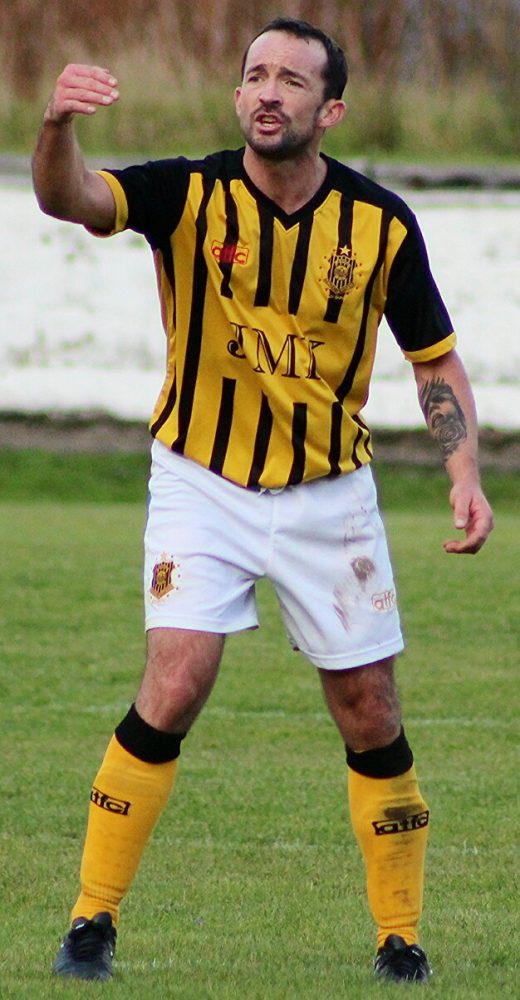 Talbot made their annual pre-season visit to New Pebble Park to take on the new look Annbank United who had recently been involved in a deal to incorporate the Ayr United Academy hence the “Bankies” having a youthful look about themselves.

Talbot on the other hand were limited to 13 players, two of them goalkeepers which forced manager Tucker Sloan to don a strip on the subs bench. Brian Hewitt got the nod in goals over Andy Leishman, and with injuries still plaguing the squad there was another start for Michael McGoldrick on the right of the midfield. The playing surface left a lot to be desired with the council giving the pitch a cut but failing to remove the grass, this meant the game was very seldom played on the ground,

Talbot were unlucky to take the lead in 4 minutes when Milliken got a decent strike toward goals but the shot went agonizingly past the post. 10 minutes later Grant Drummond tried to scissor kick a Mark Shankland corner towards goal and although he got enough on the ball it just flew past the post.

Annbank were working hard and Hewitt did enough to turn a Baird shot past the post and minutes later he had to turn sweeper when a bad passback put his goal under threat. The game was bogged down in the middle of the park, but on the 36th minute Steven Wilson headed a Shankland free kick into the net but the referee adjudged that he had used a hand. With two minutes remaining of the first half Neil McPherson was unlucky to see his header just slide past the upright.

The second half was minutes started when Drummond got his head to a Shankland corner but the ball was easily collected by the keeper. On the hour mark Danny Boyle replaced Drummond in the heart of the defence, no doubt to give the big stopper a bit of game time.

Talbot went 1-0 up on the 69th minute when McGoldrick broke down the right flank and unleashed a superb 30 yard pass with the outside of his foot which found Shankland in the home 18 yard box. With everybody anticipating a cross into the face of the goals he took a touch, turned his marker and rifled a superb drive into the roof of the net. Talbot won a corner on the 75th minute when a goal bound Milliken shot was deflected, and from Shankland’s short corner James Latta swung a looping cross into the box that Gordon Pope headed past the keeper.

James latta was to turn provider once again seven minutes later when Keir Milliken chased a long ball into the corner of the pitch and as the home defence closed down on him he back heeled the ball into the patch of Latta who once again delivered a wicked cross which Steven Wilson nodded into the net. In the dying minutes Annbank reduced the deficit when their trialist substitute curled a great strike past Hewitt.