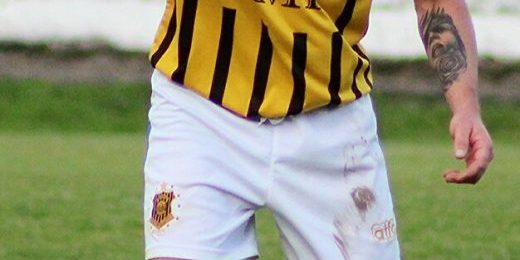 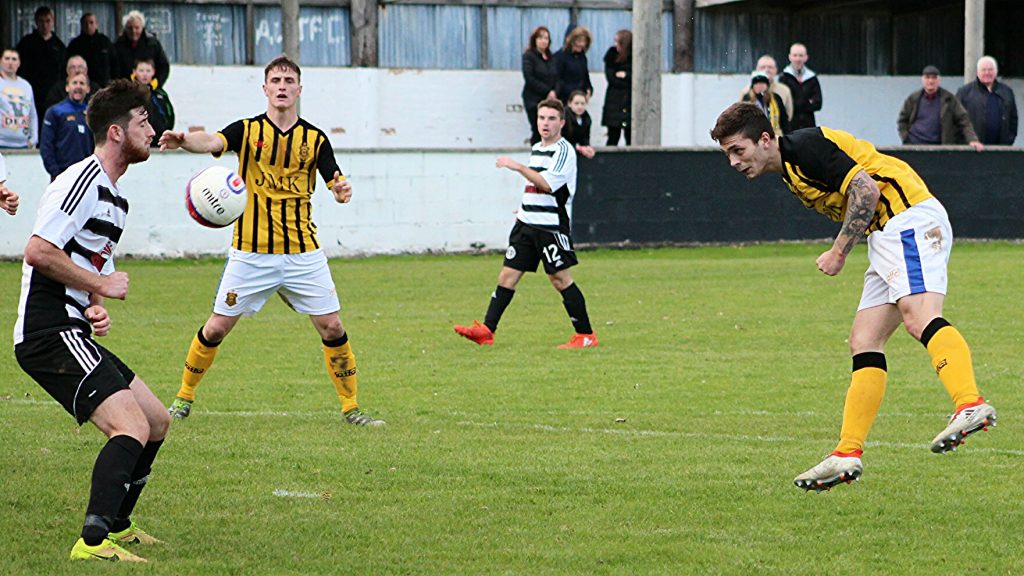 With the game looking certain to end in a draw, up steps McCracken, who sends a hopeful header towards the goal and……

……somehow the ball finds a way into the back of the net and earns Talbot the victory right at the death. 1-2. 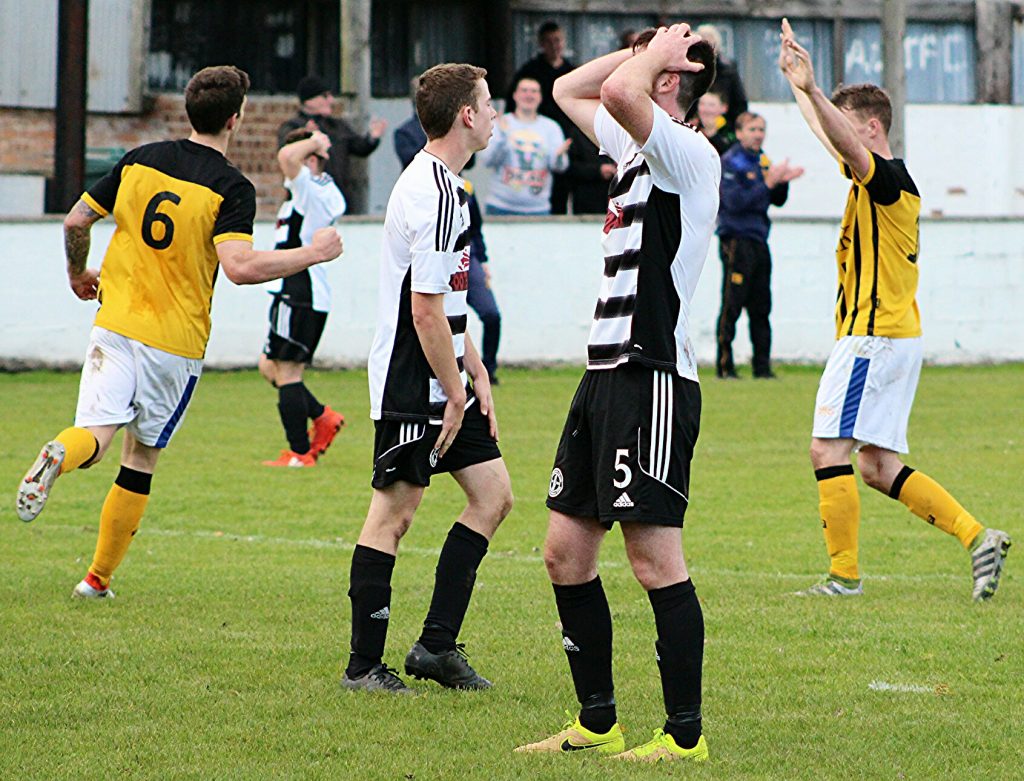 With the winning goal netted, it’s ‘hands in the air time’ for Talbot but ‘head in your hands’ time for unlucky Annbank. 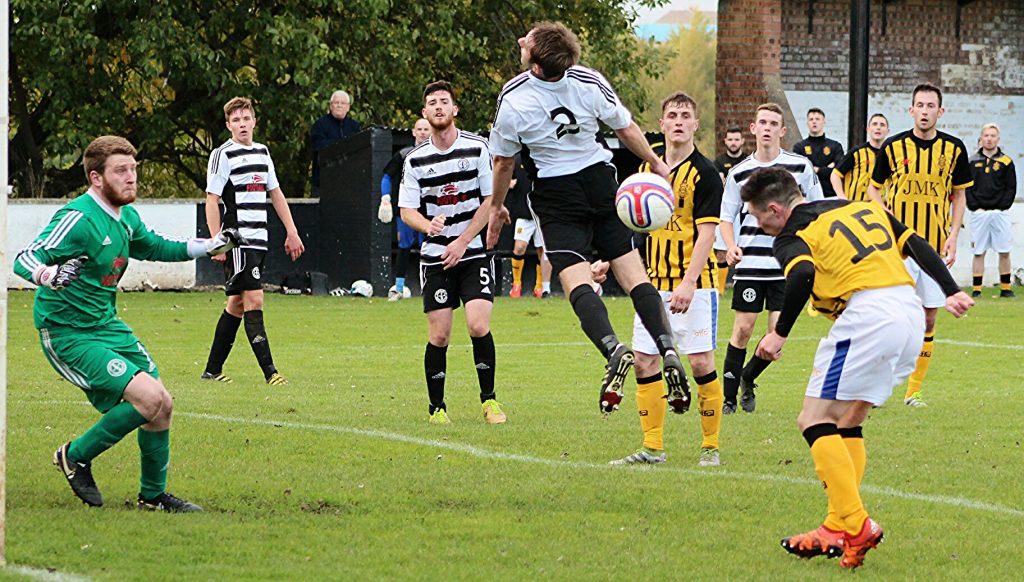 With Talbot searching for the winner in the dying minutes, Brain Young comes agonisingly close to getting his head on the end of this cross into the box. 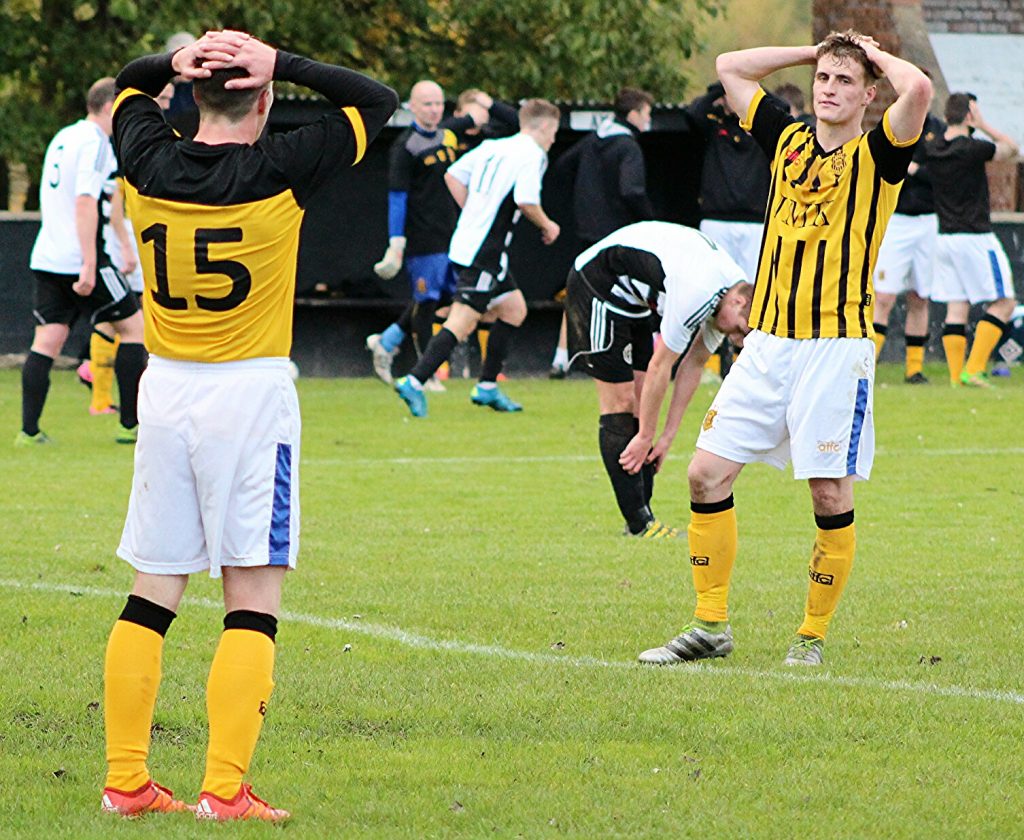 ‘Butch’ and ‘G’ can only look at each other in despair after that missed opportunity for Talbot. 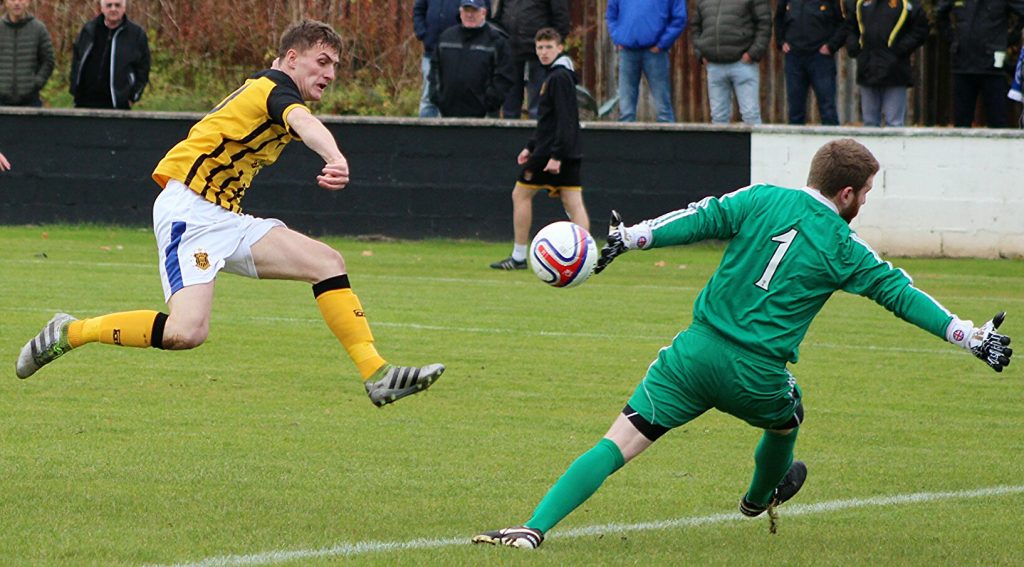 An early chance for Graham Wilson but unfortunately he was found to be offside. 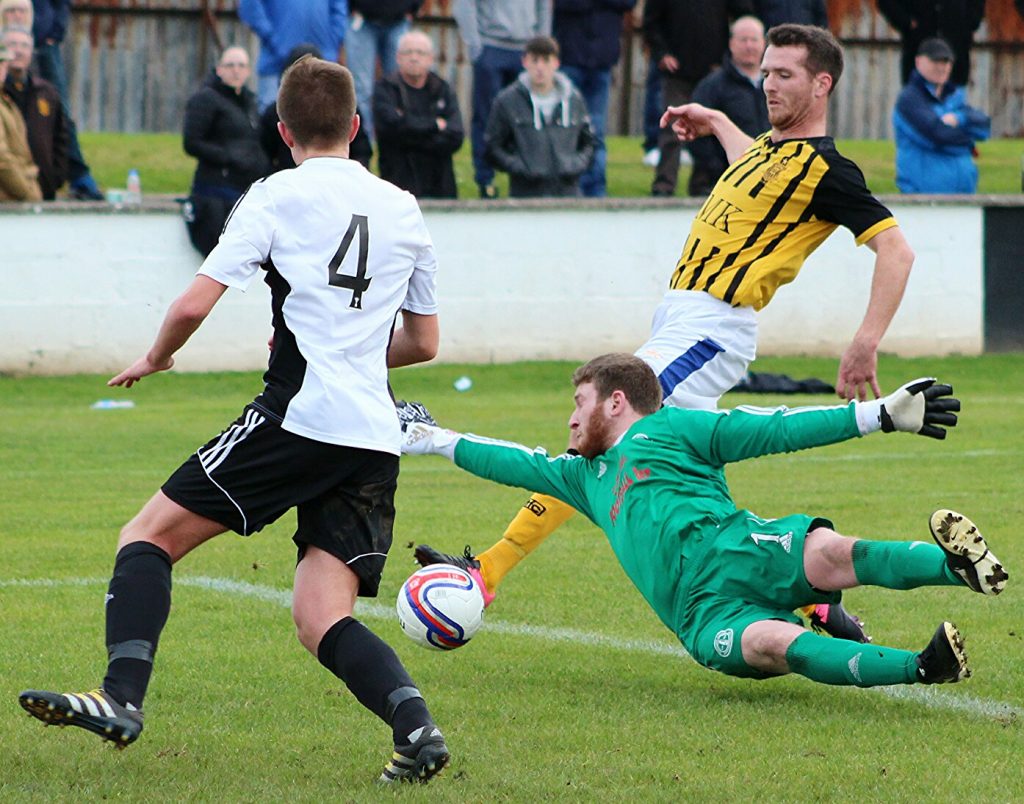 With the Annbank ‘keeper at full stretch, Milliken still manages to fire a shot at goal. 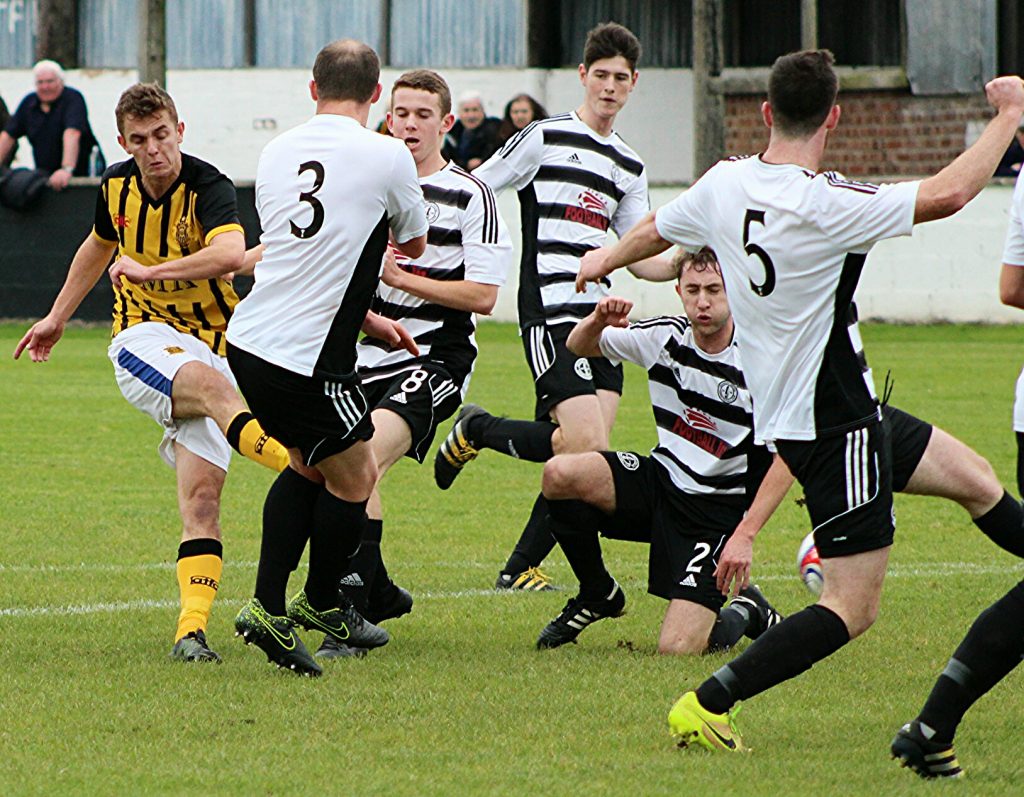 With six defenders in front of him, it’s a miracle Steven Wilson’s shot still manages to find a way through. 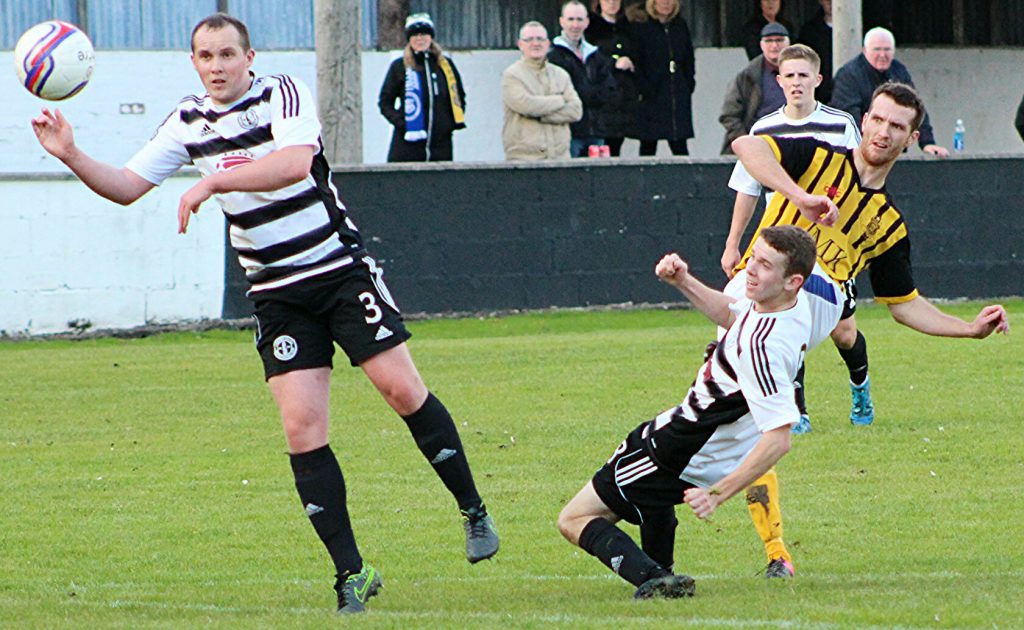 Kier Milliken tries to place the ball into the top corner but is unsuccessful. 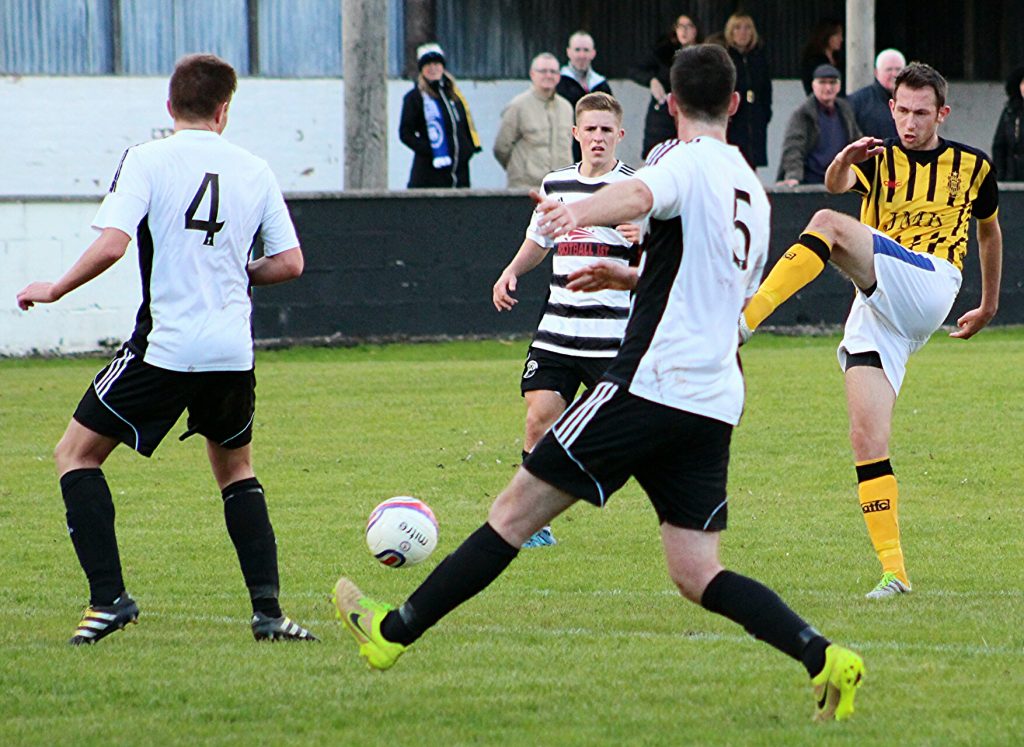 Hyslop tries a shot from outside the box. 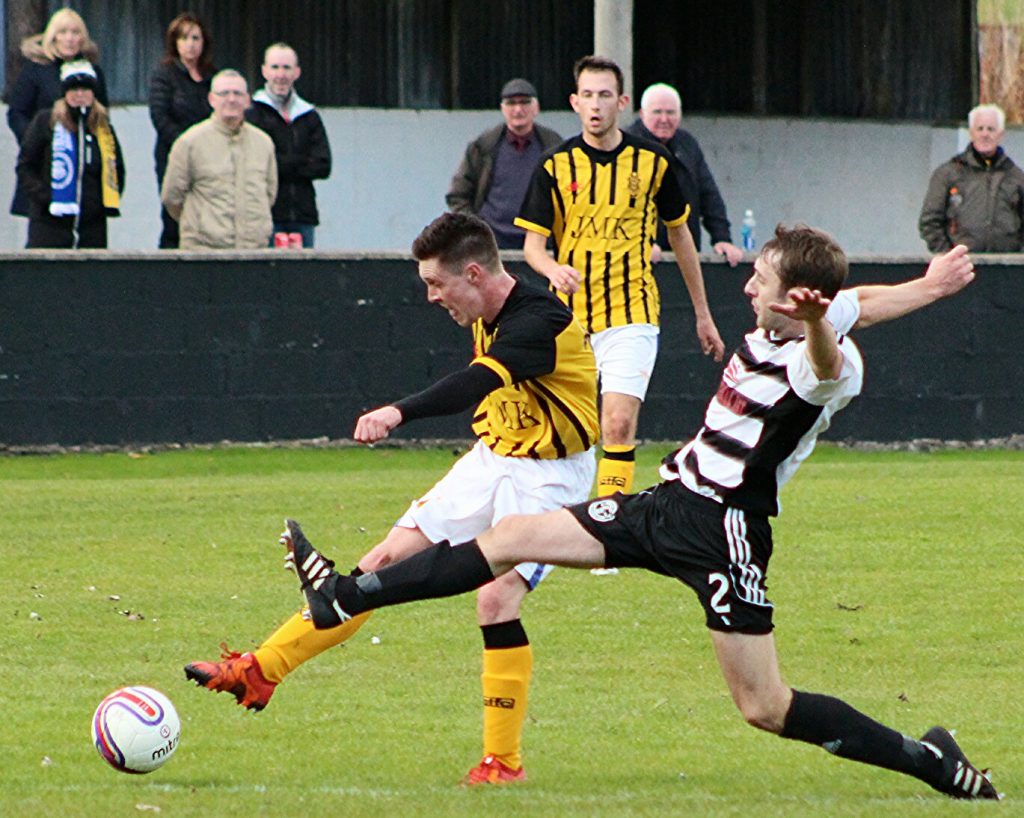 The Annbank defender tries his best to block ‘Butch’s’ effort but Brian manages to fire off the shot. 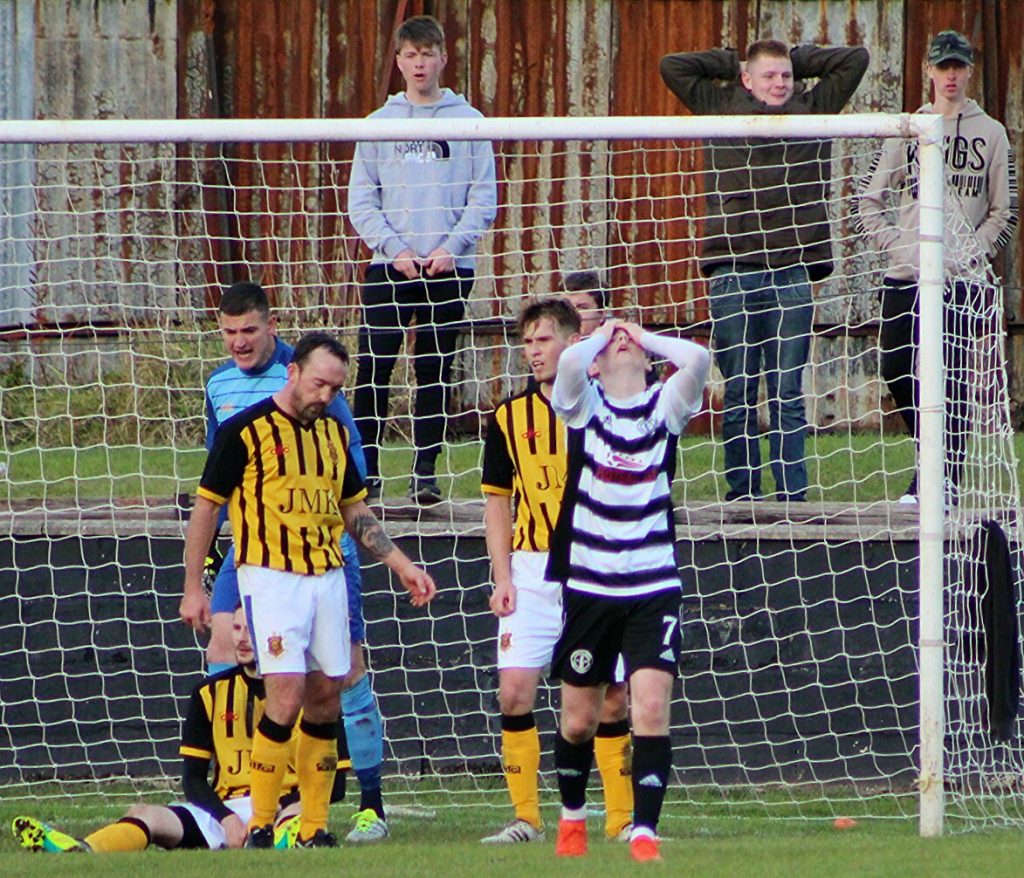 As Talbot vent their anger, both the Annbank players and fans can only feel the pain at a glorious chance missed.

More pain for Annbank, as another chance is not taken. 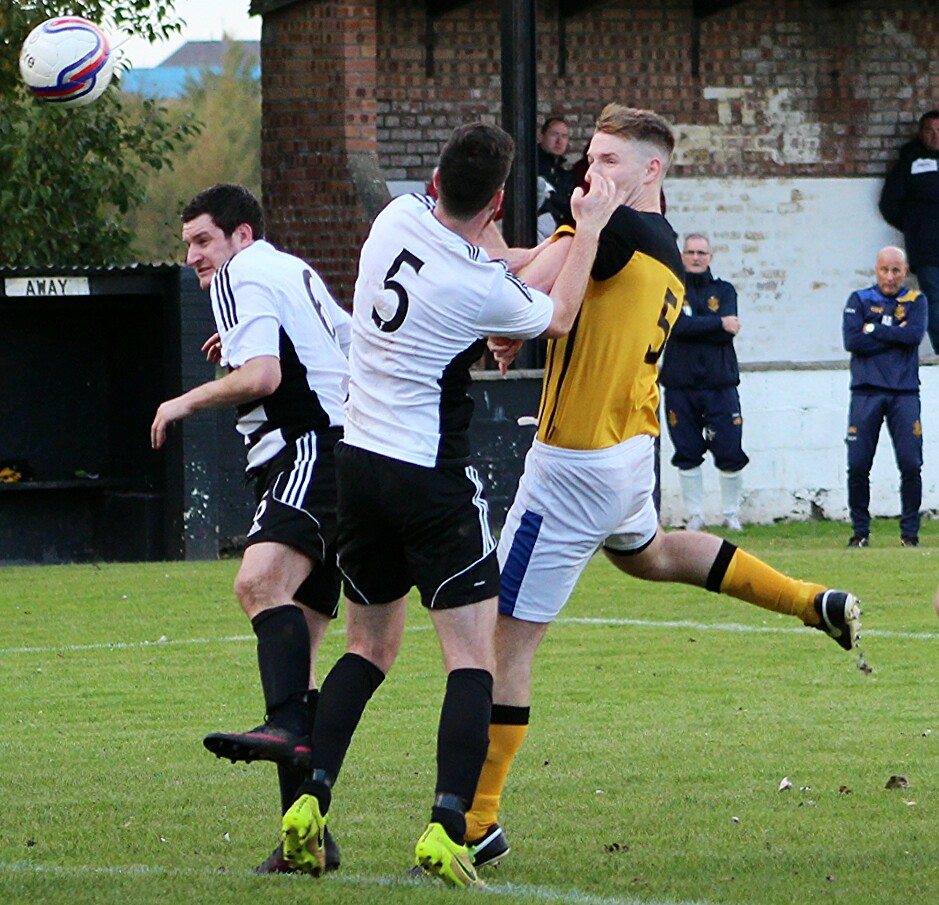 Danny Boyle beats two defenders to the ball and heads it towards goal. 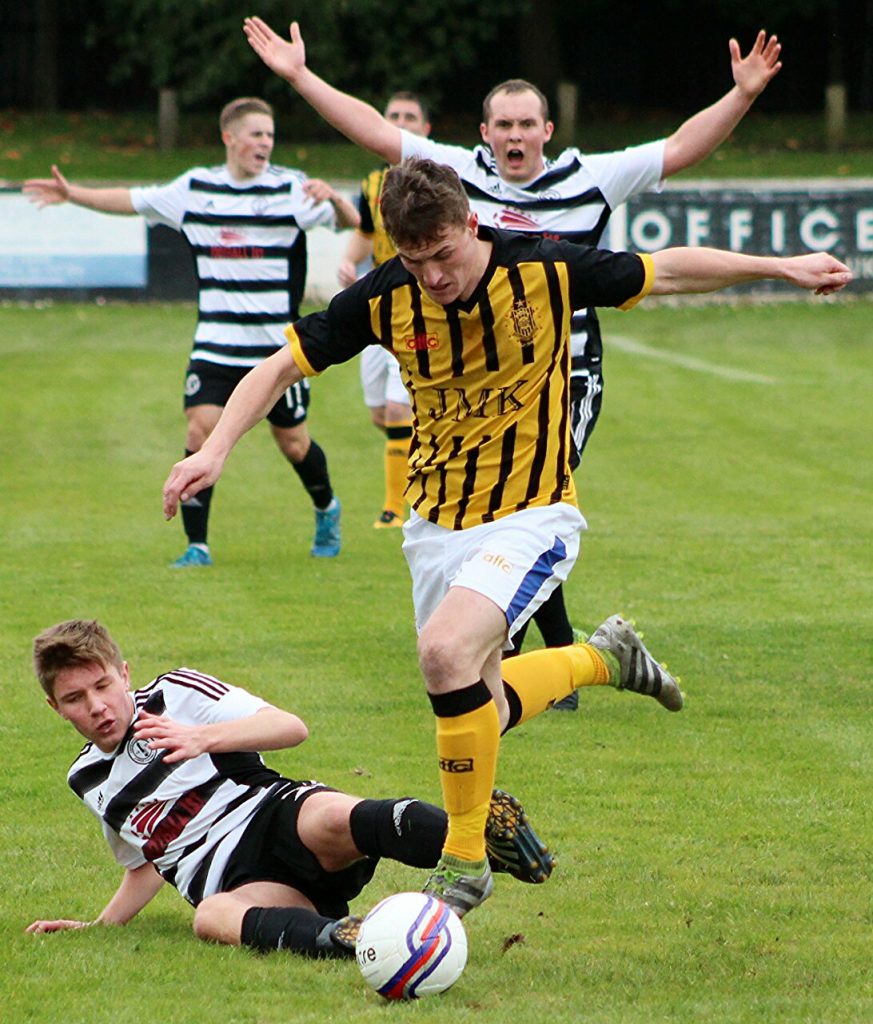 Graham Wilson goes on a run but the Annbank players scream for a foul. 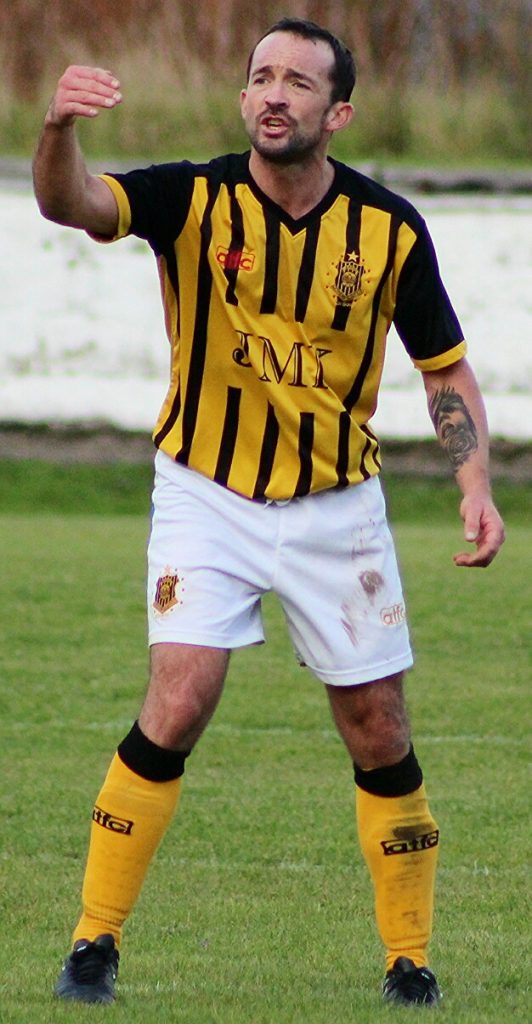 The orders get roared out from Stephen White. 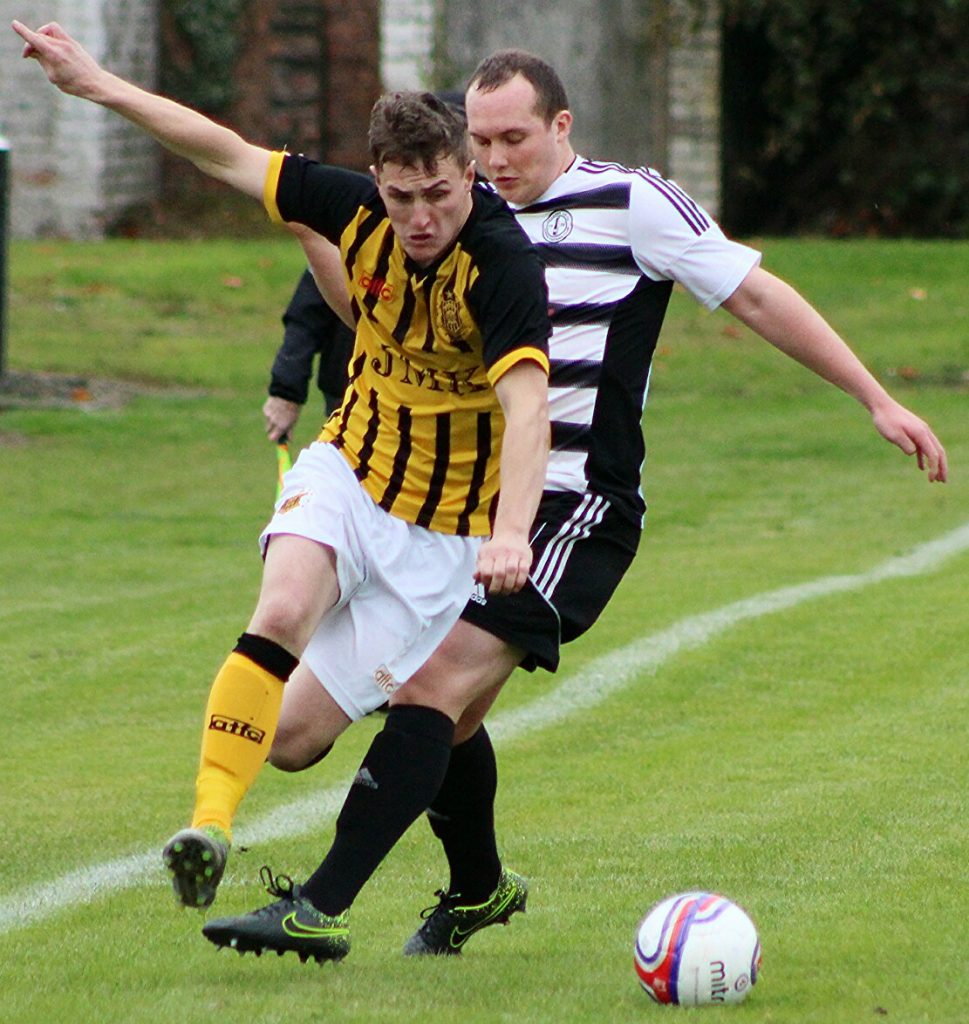 ‘G’ evades a tackle, as he races up the wing. 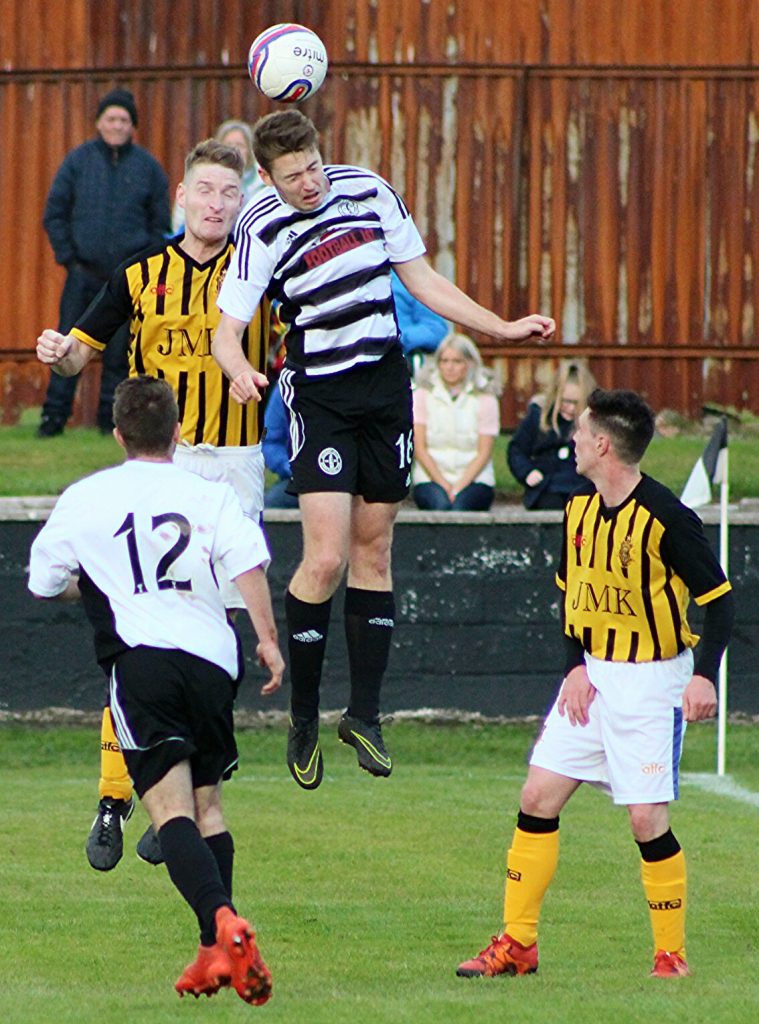 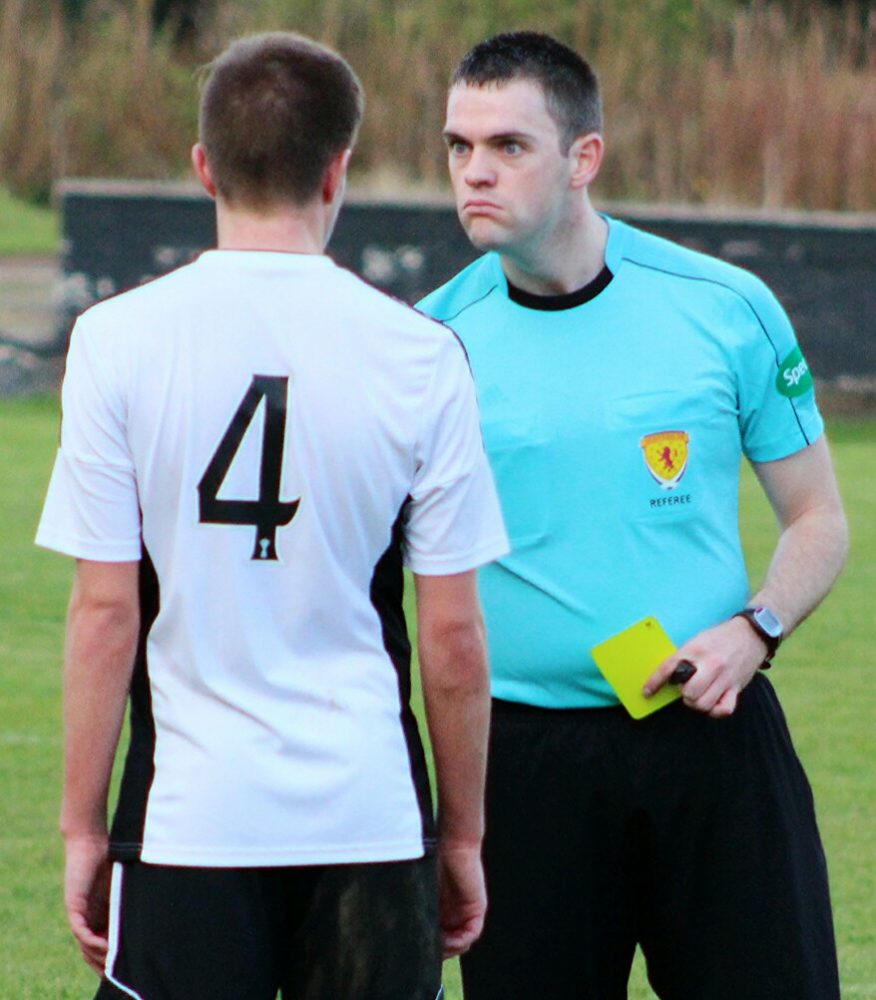 Look into the eyes, not around the eyes! 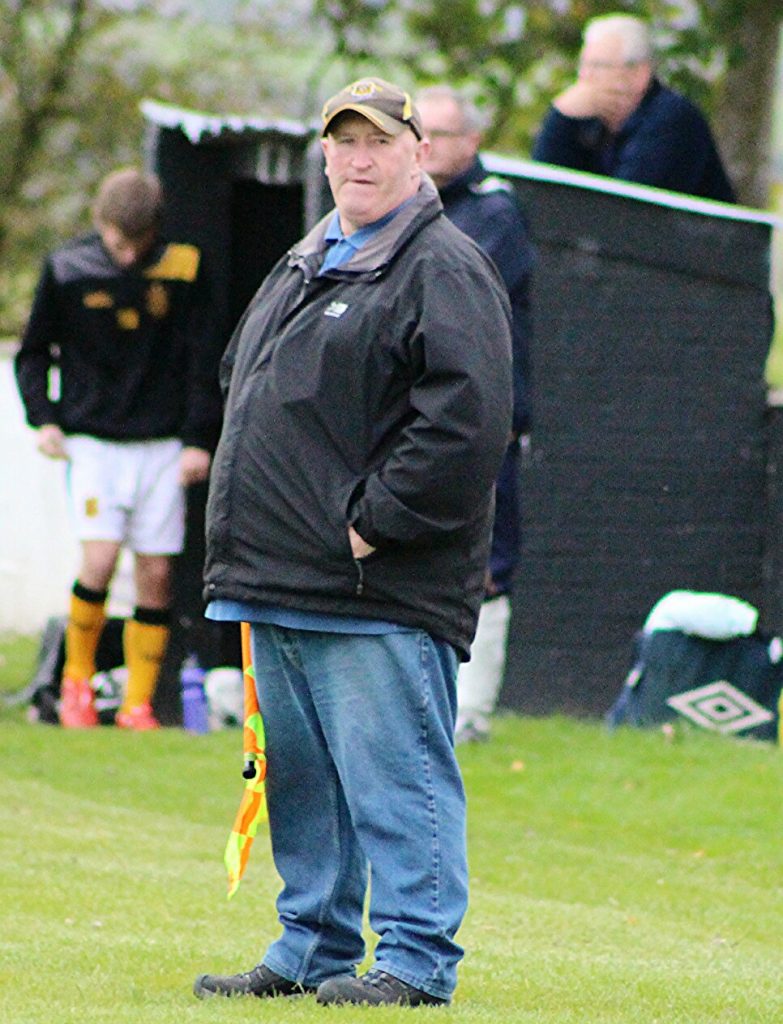 I shall leave the caption up to yous folks, for this one! Photographs by Paul Flynn.