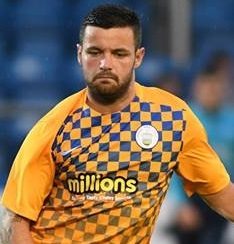 A last gasp winner by Dylan Stevenson saw Talbot defeat Beith 2-1 to set themselves up for an Ardagh League Cup final against Kilbirnie Ladeside who beat Cumnock by the same scoreline. It was a hard fought encounter which failed to produce a goal in the first 45 minutes even though both sides had set up good chances. However it was the second portion of the match that had all the talking points. Beith were reduced to ten men after their keeper brought down Keir Milliken and it was the same player who opened the scoring when he out stripped the Beith defence to lob a Martin McGoldrick pass over the replacement keeper. With seven minutes still on the clock Beith equalized when Talbot failed to clear their lines but with minutes remaining a Gordon Pope cross into the back post saw Dylan Stevenson in the right place to sweep the ball into the net.