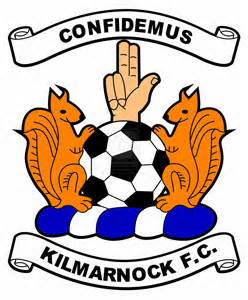 Auchinleck Talbot got a major boost before their LSY Testimonial against Kilmarnock when the Rugby Park side intimated that they will be putting out a full strength squad against the Talbot. Killie manager Lee Clark wants to blood a few of his new stars who have still to rack up game time and it’s believed that Talbot would be the perfect opposition.

Lee will be accompanied by a squad of 24 and a backroom staff that contains ex-Killie, Wigan and Rangers player Lee McCulloch. McCulloch will be no stranger to the Junior game after playing with Cumbernauld United before being picked up by Motherwell.

Killie manager Lee Clark who has the distinction of playing for both Newcastle and Sunderland has been busy in the transfer market since keeping Killie in the top flight after defeating Falkirk in the play-offs. He has brought a number of young stars from the English game to bolster his squad including striker Souleymane Coulibaly who comes to the club from Peterborough FC. His footballing career started when he moved to Italy and has included an international career with the Ivory Coast U17 team. Whilst playing for them he finished as the top goal scorer at the 2011 Under-17 World Cup.

The games will kick off at 2pm on Sunday the 24th of this month and the Kilmarnock squad should be at Beechwood at 12.45 so if you want to see the Premier League stars then get down early. Talbot will be producing a souvenir programme for the match costing £2. Admission is £5 or £3 concession.