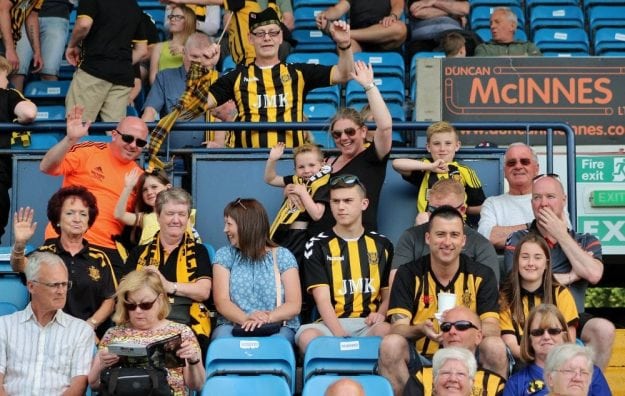 THE DRAW WILL BE MADE AT 4.00PM IN THE TALBOT SOCIAL CLUB

PRINTED TO CONFORM TO THE GAMBLING ACT 2005

WOULD AGENTS PLEASE RETURN TICKETS AND CASH BY SUNDAY 23 SEPTEMBER AT 12 NOON.

MANY THANKS FOR YOUR SUPPORT.

TALBOT ACADEMY
19s….
Talbot 7-2 Glenafton
McClung 2
Phillips 2
Wright
Campbell
Route
A superb performance and a great way to bounce back from last weeks disappointment. Talbots passing game was a joy to watch, with glenafton really struggling to keep up with the tempo that talbot set.
2003s….
Talbot 0-5 Bellfield
Hard day at the office against a very good side
Despite having chances and getting stuck in talbot found themselves down 4-0 at half time with a few avoidable goals
Second half Bellfield were on it and looked good the talbot lads playing into the wind now found it hard to get out and conceded once more
Man of the match: talbot goalkeeper Michael nolan
2009s….
Golds
📍Irvine Vics
Tough match today against a very strong Irvine side. A few nice players in the opposing team tipped the scales in their favour. Very pleased though with the workrate, touch and passing from the lads all over the park. We are never going to be able to physically dominate games so we are starting to learn to pass around bigger lads to good effect. For me and Puggy passing is the most important part of the game and we have improved so much on this in a short space of time. We will continue to work on this in training as well as starting to incorporate some better movement when in possession of the ball.
MOTM Caleb – superb hold up play, passing at the right time, dribbling at the right time, excellent first touch and for such a young lad led the line brilliantly – just a wee goal missing from a brilliant performance
2008s….
Past results show that Talbot get plenty of joy when playing Dean Thistle, but going into the game we had to focus on the the task at hand.
Blacks:- After impressing in recent weeks Douglas and Tommy got there chance to bring that form into the todays fixture.
Getting off to the worst possible start, Talbot found thereselves a goal down after miscommunication between defender and goalie, the ball ended up in the back of our own net. The response from the boys was positive, moving the ball about, retaining possession and creating chances. The high press when not in possession allowed us to win the ball the back on most occasions. The goals came and plenty of them, Jack, Evan and Josh Hayden getting themselves on the score sheet. Altough not getting himself on the score sheet Jamie Meikle’s work rate up front was second to none and didn’t give the defence a minute along with assisting a couple of goals. Evan Bishop and Jack Simpson’s work rate also didn’t go unnoticed putting in a hard shift on either wing, but the effort and training ground practises put into the match was pleasing throughout the team.
Golds :-  with a few changes to the squads and a new signing, today could have been a tricky game, but everyone slotted in perfectly. Scoring a couple of well worked goals and an outrageous long range goal from Connor in the first half. Second half talbot really took control, and pressed really hard to get the ball back when they lost it. A really good performance today from everyone.
A special mention to Michael Mullen who had a really good debut in goals, and to Bobby Reid for good defensive work & chipping in with a few goals today.
On the whole a positive day at the office for Talbot and we would like to wish Dean all the best for the rest of there season.

Should you wish to pay by Direct Debit please contact the under noted or your agent for details.