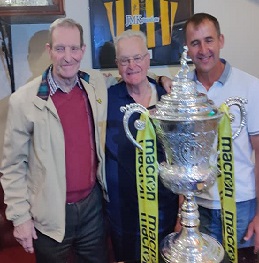 Talbot take on Montrose Roselea in the Scottish Junior Cup 1st Round after the draw was made at Lochee United. The tie is scheduled for the week commencing 21st August and it will be the first time the clubs have met since 1987 where Talbot ran out 5-2 winners at Montrose FC’s Links Park.

The winners will be faced with a trip to either Carluke Rovers or Sunnybank in the second round.The full draw for both rounds are: 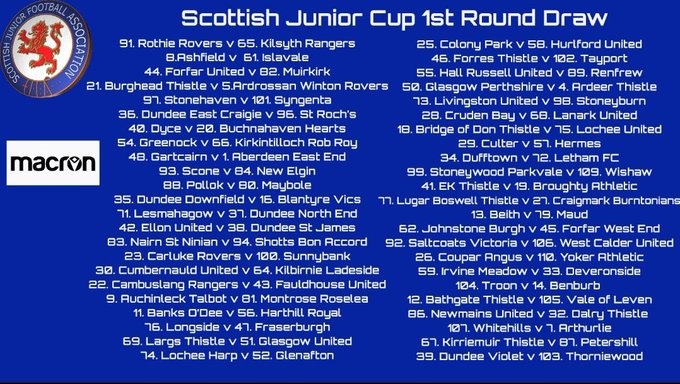 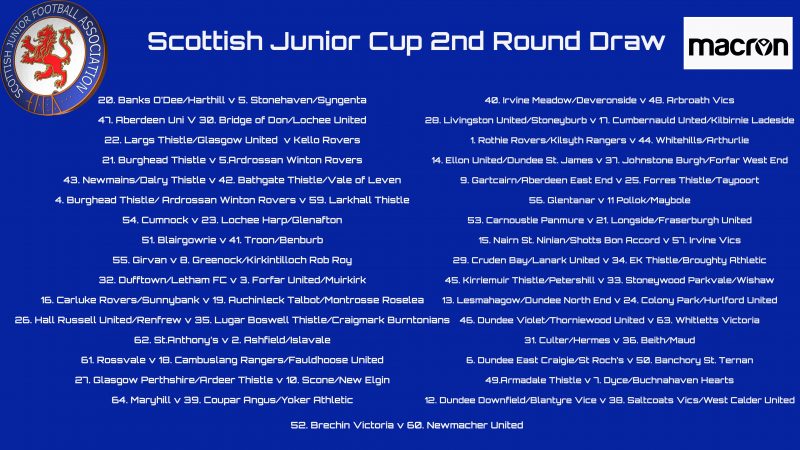