This end of season dead rubber lived up to its expectations providing the meager crowd that turned up zero entertainment as two patched together sides battled away to a no score bore.

With the Ayrshire Cup final looming Talbot introduced Colville Park Amateur player Thomas Airlie at right back with 52 year old Tommy Sloan grabbing a jersey.  The game should have been won by Talbot due to a few good chances that were fashioned the best coming to Graham Wilson in the second half where he beat the offside trap only to smash the ball into the body of Largs keeper  Lundy.

Talbot best spell came in the later stages of the first half with Tommy Sloan heading a Mark Shankland corner off the post and minutes later Dylan Stevenson found himself through on goals but shot well past. On the 26th minute Shankland and Wilson combined to give Bryan Young an opportunity and he pulled a decent save out of Lundy.

Largs had a good effort by Bennet but it was easily saved by Leishman, and soon after Jamieson kept the home sides hopes up when he blocked a Thompson netbound shot. The first half came to an end with Graham Wilson forcing Lundy into superb stop, while James Marks should have done better with a free header.

The second half was void of any real action and apart from Wilson’s squandered effort the game petered out without any major talking points.

Talbot traveled to Kilwinning for this Weekly Press Cup semi final with a depleted squad to face a “Buffs” side who were facing the same dilemma and couldn’t even muster a substitute. Talbot’s starting line up consisted of a back four made up of three central defenders and a midfielder with young Jamie Whyte at right back and Ross Harvey in the left back berth. The centre of defensive consisted of Steven White and Neil McPherson.

Talbot were first to show and racked up a number of corners but the home side defended well, but there was a decent shout for handball in the box which the referee and linesman waved away. Kilwinning took the lead nearing the end of the first half when the makeshift Talbot defence were left flat footed and Ben Lewis rattled a decent shot past Leishman.

Talbot made a substitute at half time when Hyslop replaced the injured Harvey which forced McCracken to play at left back. Talbot were back in the game early doors when Graham Wilson fashioned himself a good opening and as Strain came off his line he lobbed a decent shot over the keeper and into the net off the under side of the crossbar.

The game was put to rest later on when McCracken was found unmarked at the faraway post and he headed past the keeper to give Talbot the tie. 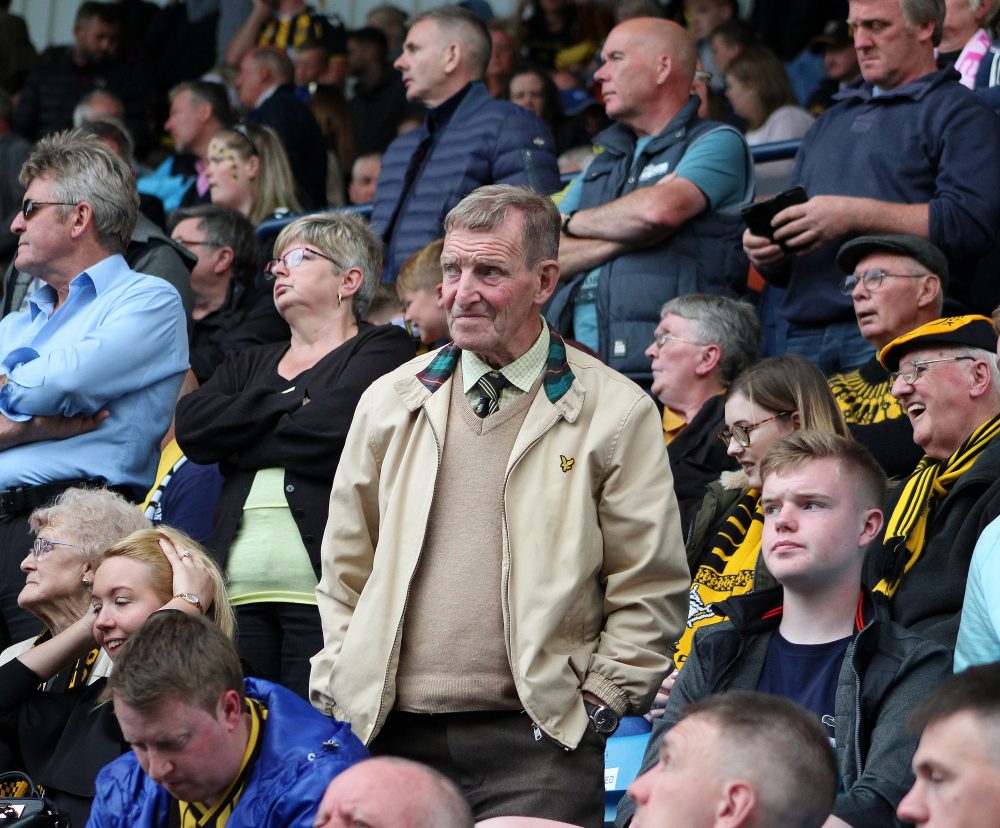 It was a much changed Talbot side that faced Kilwinning at a wet and dismall Beechwood Park. This league match was a dead rubber to the Bot while the Buffs had to get something out the game to secure their play-off position.

Two amateur players Michael McConnell and Alan Paterson made the line up while it was the first start of the season for keeper Brian Hewitt. Talbot started strongly and as early as the 6th minute Stevenson lashed a shot at goal which struck a defender and spun out for a corner. Four minutes later Shankland tried his luck at a free kick which he curled over the wall and went agonizingly past the post.

Talbot’s best chance came in the 26th minute when McConnell was fouled outside the six yard box and although Shankland looked to over hit the free kick Hyslop managed to head the ball across the goal line but there was no takers.

The opening goal came in the 37th minute when a ball down the wing looked to be safely headING for McCracken but the conditions underfoot saw him slip which Kilwinning took full advantage off wheN Monan was picked out and he controlled the ball on the side of his foot and curled a shot over the advancing Hewitt which hit the underside of the bar and into the net.

Talbot replaced  White with Thompson at the start of the second half  and made further changes with McGoldrick coming on for Hyslop, while Milliken replaced Patterson. They changes didn’t help Talbot in anyway as Kilwinning doubled their lead in the 75th minute when a break down the left saw  Hanvey being left with all the time in the world to pass the ball into the corner of Hewitt’s net.

A poor performance but good to see Hyslop on the pitch for an hour while Shankland picks up more game time. 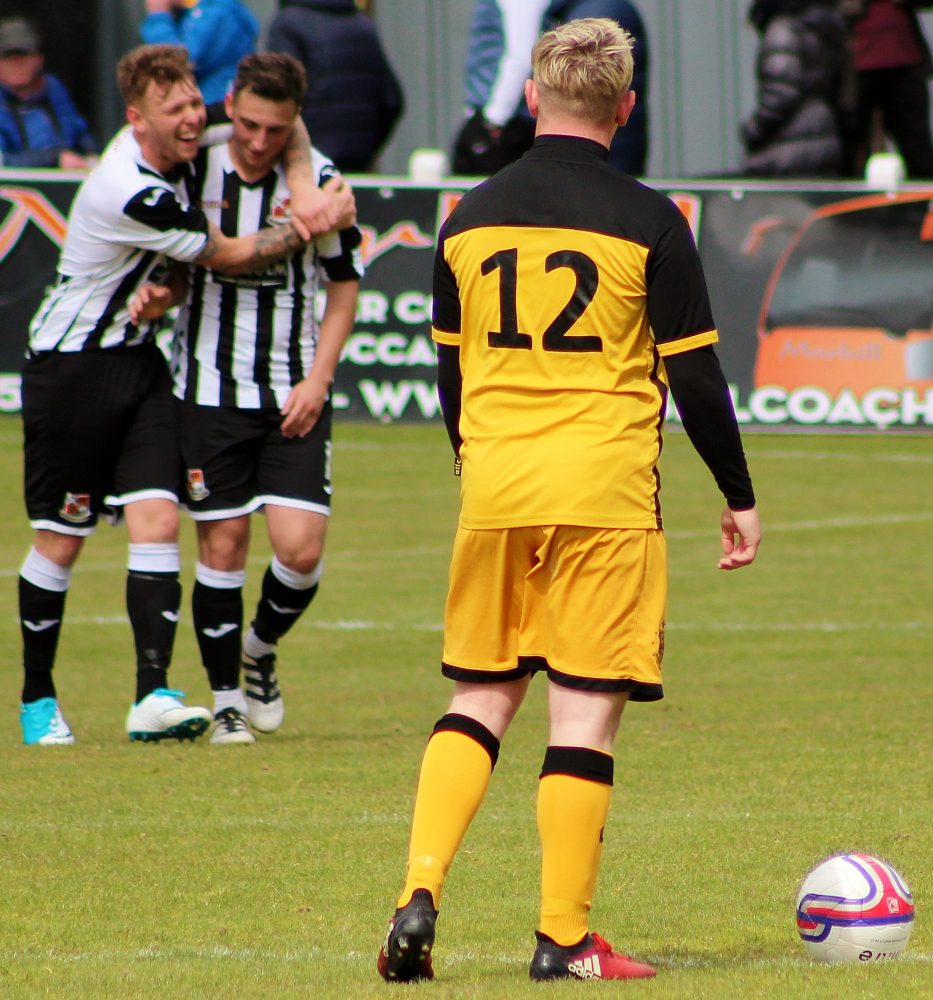 This was a day to forget for Talbot & their fans with the Bot well beaten by Beith & the Glens clinching the league thanks to their win over Rob Roy.
Beith were on top from the off & had Talbot on the back foot as they shot down the slope. McGowan came close to opening the scoring in the 7th minute when he headed Bradley’s cross just wide of Leishman’s left post.
The home side threatened again in the 16th minute. Bradley cut in past Milliken into the penalty area before firing a shot across goal & wide of the left post.
Talbot had a rare chance in the 18th minute. S Wilson won the ball in a 50/50 challenge 30 yards from goal & made a beeline for the box. He had Pooler spare to his right but opted to go for goal & dragged his shot wide of target.
Beith’s next chance came from a set piece following a foul on Bradley. McGowan hit it but blasted his shot over the bar from 25 yards.
The opening goal came in the 25th minute. Leishman lifted the ball down the right where Milliken headed it in field. Burke latched onto it & released an early ball down the centre where MCPHERSON raced onto it & lobbed the ball over Leishman.
Sheridan received a booking in the 35th minute for a body check on G Wilson & Bradley ought to have joined him a minute later for a rugby tackle on Pooler out by the touchline.
Beith were forced into a change in the 41st minute with Watt replacing Christie.
Talbot had a chance in the last minute of the half when Milliken swept a cross over to the back post where McCracken headed it over the bar from 6 yards.
Any hopes Talbot entertained of a comeback were effectively ended in the 55th minute with Beith’s 2nd goal. McPherson sped onto a ball over the top & whilst he was halted before he could get a shot away, the ball broke out to BRADLEY who hammered an unstoppable shot in off the right post.
Talbot had an injury scare just after the hour mark when Young fell awkwardly & took a bad head knock. After a lengthy spell of treatment he was able to groggily leave the field to be replaced by Shankland with Thomson also coming on for Milliken.
The personnel changes didn’t alter the pattern of the match & Beith continued to look the more likely.
With five minutes remaining Beith completed the scoring.
WATT was played in down the right & although Leishman spread himself well to block his 1st effort, he was helpless to prevent him slotting home the rebound.
The final whistle came as a relief to the Bot support who will be hoping the team can pick their heads up for Wednesday night’s West semi-final clash with Cumnock. 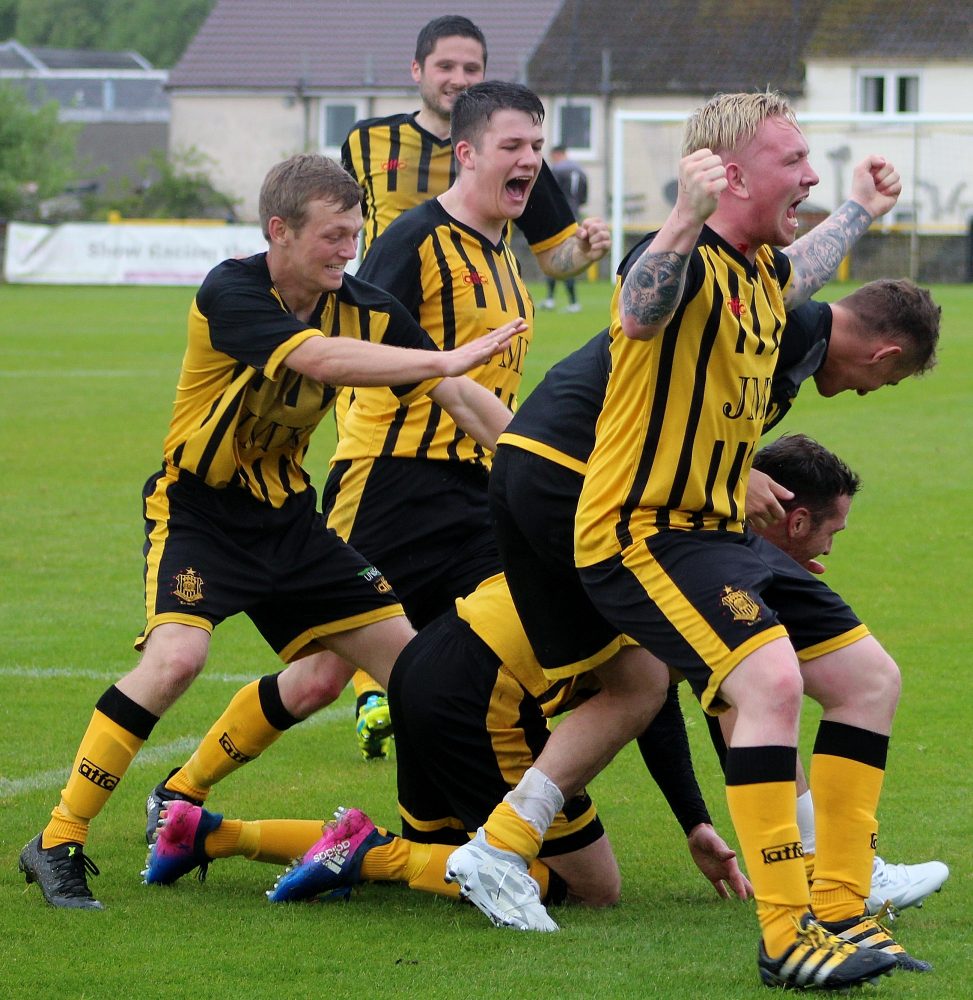