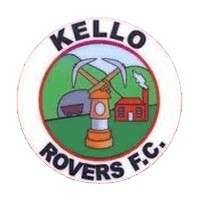 Talbot travel to Kello Rovers on Saturday knowing full well that even the narrowest of wins will definitely see them progress to the quarter finals of the Ardagh Cup. Wednesday night’s 2-0 win over a resilient Lugar side coupled with Cumnock’s 2-0 win at Glenafton was enough to leave Talbot’s progression in their own hands.

Once again the coaching staff used Wednesday’s game as a bedding-in process, putting out the third change in the central defence in as many games while giving new signings Dylan Pooler was given a start up front while Dylan Stevenson made his debut.

On the injury front Allan McLuckie informed the website “Both Dwayne Hyslop and Graham Wilson have came through the last two games and are feeling good. Wullie Lyle did not play against Lugar due to a minor strain but will be available for Saturdays game against Kello. Mark Shankland’s injury is not as bad as first thought and we are hoping that he is out for no-more than a week.  Allan added “We have added Dylan Stevenston from Morton and Ross Harvey who has just returned from Australia and both players should be available for Saturday.

On the game itself Allan remarked “There is a never easy game at Kirkconnel, it’s a tight pitch and the Rovers have been unlucky against Glenafton and Cumnock. This will be their cup final and we will need to be solid all times. The players know what needs done and they will be going all out to get a result”

A win on Saturday will see Talbot travel to face the winners of Section 3 which will come down to the game at Annbank who take on Troon. The “Seasiders” have more or less qualified and look like the favourites to be Talbot’s opposition at Portland Park