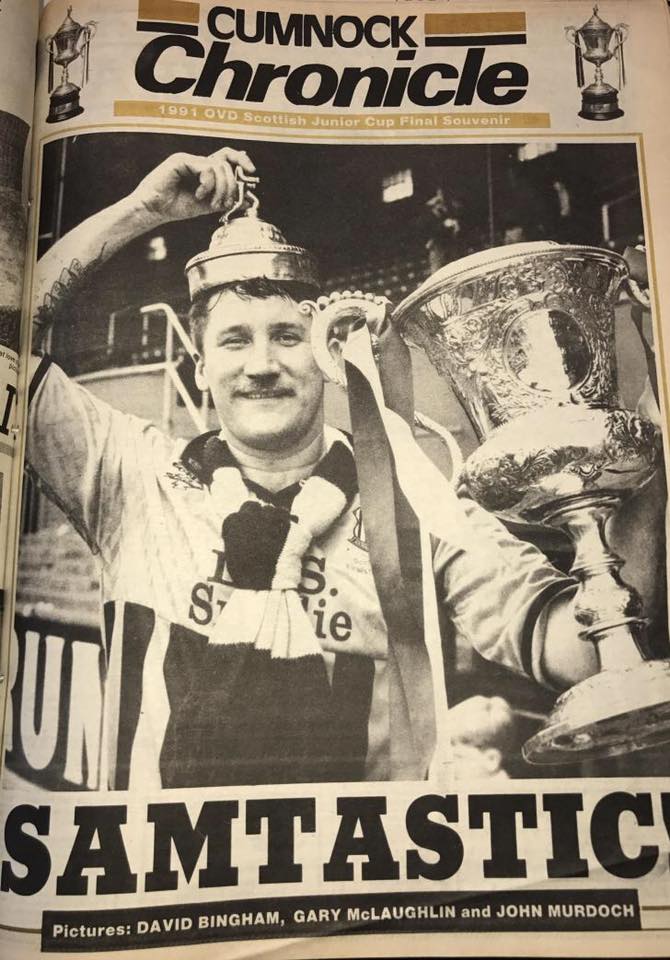 After a meeting with Auchinleck Talbot and Glenafton Athletic both clubs have asked there fans to participate in a one minute round of applause in memory of ex-Talbot and Glenafton player Sam McCulloch. The applause will take place during the fifth minute of play at Sunday’s cup final as number five was Sam’s shirt number.

Sam was a New Cumnock lad and during his career he played for Glenafton. However his greatest triumphs came in the black and gold stripes where he was a colossus in the centre of the Talbot defence. He was a Talbot legend and a great servant, and it will be a moving tribute by both clubs and both sets of fans.

Please join us in remembering a remarkable player and a wonderful man.