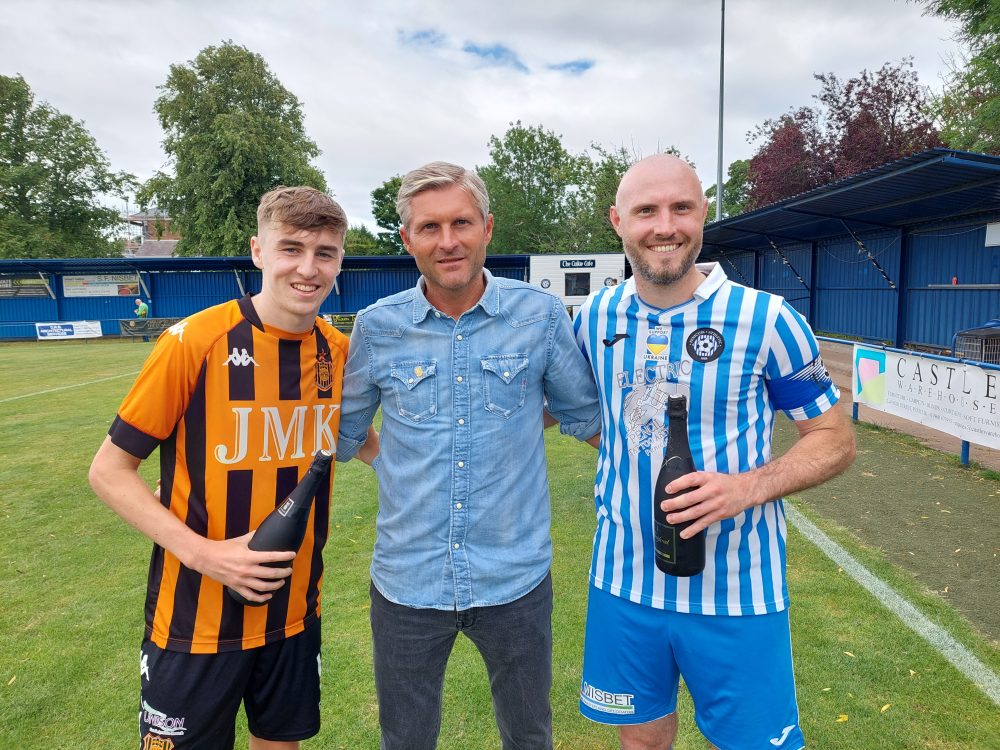 Talbot concluded their pre-season last Saturday with a visit to Penicuik Athletic. This is the third time the teams have met and played for the Adam Montgomery Memorial Trophy and The Barony Colliery Memorial Trophy. Adam was originally from Auchinleck but moved to Penicuik where he had the honour of becoming Provost.

The match finished 0-0 with Talbot retaining both trophies courtesy of being the current holders. Man of the match awards, selected by the Montgomery Family, were won by to Ross Taylor (Talbot) and Andy Forbes (Penicuik) and were presented by Scott Montgomery.