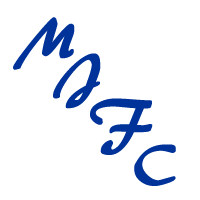 Talbot head to Burnside Park in Muirkirk for their first competitive match of the 2016/17 season on the back of a comprehensive 3-0 thumping by Bo’ness United. Injuries and non-appearances hampered the selection prospects of manager Tommy Sloan who had to name himself as a substitute and with the loss of six of last years squad to pick from the outcome was inevitable considering the the class of the opposition.

The only pleasing point of the Bo’ness game was the fact that all four of this season’s new signings played a big part in the match. Our only concern was a facial injury to Willie Lyle, but he should be okay for selection this Saturday. Due to work commitments we couldn’t contact Allan McLuckie so at this moment we are unaware of any signings or injury updates, but we do know that Dwayne Hyslop and Martin McGoldrick should be fit while Graham Wilson needs a bit more recuperation.

The rumour mill has us linked to a striker and a good source intimated that signing terms could be agreed. However the player in question was mention in dispatches that he was turning out for a South of Scotland side so at this moment we are unable to confirm any information.

As for Saturdays match we go into this encounter as massive favourites against probably the youngest side in the ADL. Manager George Greirson has put together a decent squad as he aims to emulate Muirkirk’s last season exploits. The “Kirk” have been busy pre-season with a 1-0 win over Creetown from the SOSL but lost out 2-0 to Ayr United Academy and last Saturday were on the end of a 6-1 defeat up at Hill O’ Beath.

The weather for the match looks like being dry with light cloud with the temperature sitting at 16o with a 40% chance of rain. Admission to the match is £6 and £3.