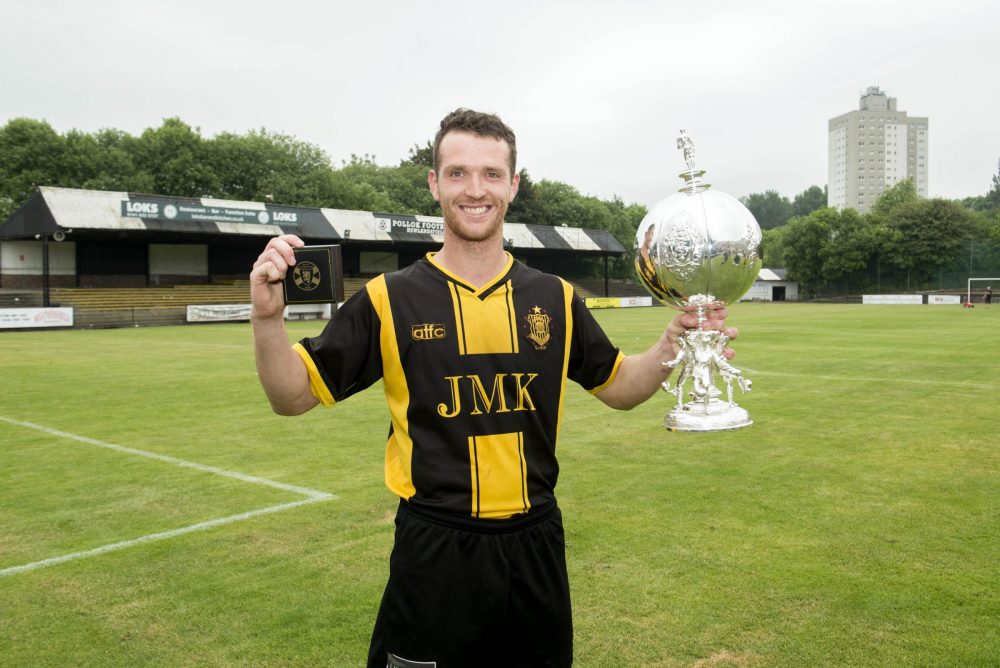 Talbot legend Keir Milliken will be taking the field this Wednesday but not for the Talbot. Keir is now on the payroll of Largs Thistle after joining them in 2020 from Beith, and will no doubt be looking forward to his return to Beechwood where he had many an eventful season. Keir is still to score for his new club, so lets hope the trend continues.

Stewart Davidson brings the “Theeesal” to Auchinleck on the back of a 2-1 defeat by Cumnock on Saturday and will be desperate for the three points after getting his team out of the relegation places with wins over Rossvale and Cumbernauld.

Talbot have a full squad to pick from which includes the return of Gordon Pope and Dwayne Hyslop. No doubt Tucker will continue with his rotation system as we embark on a glut of league matches. Word has it the new lights might get an airing.