Talbot have again been busy on the signing front with 2 year deals offered and accepted by Ross Harvey and Craig McCracken. Former Ayr United central defender Craig McCracken has joined us after a loan spell last season. The Catrine lad made his debut on Wednesday nights 2-1 win over Beith where he put in a man of the match display. Ross has joined us after returning from Australia where he left Geelong. He has come with rave reviews from our man Down Under Stan Webster. Welcome to Beechwood lad’s. 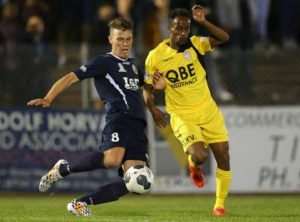