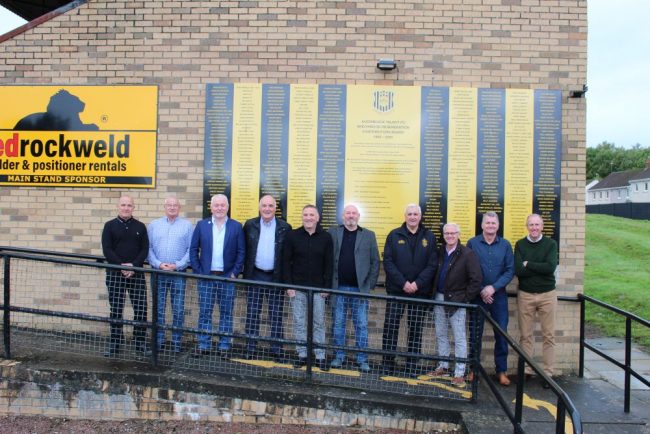 A group of ten ex-Talbot players chose to sponsor the game and as it was the first time for a while that some of them had been at the ground, we thought it was best to have a wee photoshoot with them.  The ex-players (and ex-managers)  in the image below were (left to right):

Auchinleck Talbot would like to thank them all for sponsoring the match and to say it was great seeing them all at Beechwood Park once again.