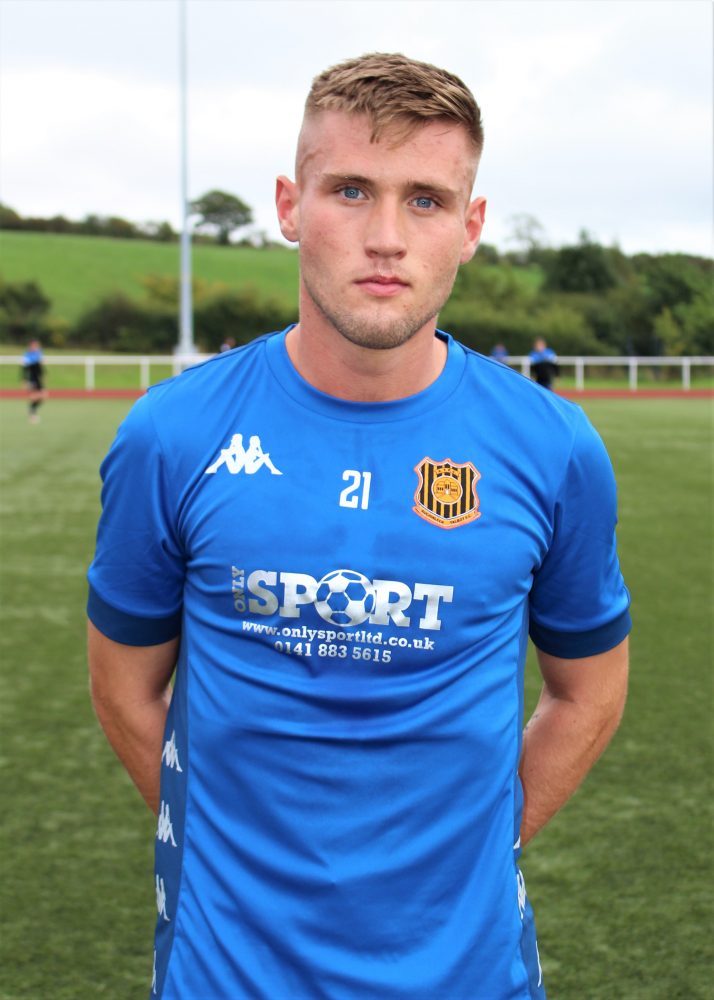 Chris is currently on loan from Greenock Morton FC until the end of the season. He started his career at Johnstone Boys Club before moving to Morton. He recently had loan spells at Johnstone Burgh and Cumnock.

Talbot cruised into the next round of the Scottish Junior cup after a comfortable win over their North region opponents.

Montrose Roselea were forced into making an early change when Watson limped off after only 8 minutes to be replaced up front by Alberts.

The opening goal came in the 13th minute. Robbie McCracken played a good ball up the right to find Samson & he squared it across the penalty area. Mason touched it back into the path of DWAYNE HYSLOP who hammered a shot inside the right post from 15 yards.

Three minutes later Talbot very nearly doubled their lead. Healy chipped the ball forward to Mason who let fly from outside the area & his shot rattled back out off the left post with the keeper well beaten.

Talbot were knocking it about well, looking to stretch their opponents, who were content to sit deep.

The home support thought Talbot had added their 2nd in the 23rd minute. Glasgow’s cross from the right was headed behind for a corner and when Mason’s corner came over Robbie McCracken dived to meet it beyond the far post to bullet a header home but the assistant flagged that the corner had swerved out then back in.

Mason then tried his luck from distance – trying to place it from 25 yards with McCormack making a comfortable save.

Talbot’s 2nd goal arrived in the 31st minute. Craig McCracken pinged an accurate diagonal ball over the defence to find Glasgow haring down the right. He slid it into the near post where KIER SAMSON touched it home from close range.

Montrose’s defence was being stretched constantly & Davidson did well in the 36th minute to prevent Samson getting his shot away; sliding in to put it behind for a corner.

The next effort at goal came from Glasgow when Craig McCracken’s pass found him on the left & he fired wide of the right post from 25 yards.

Three minutes before the interval Samson found Robbie McCracken on the overlap & Stephen turned his ball across goal behind for the corner. Mason whipped the corner over where Hyslop met it in front of goal but he glanced it wide of the far post.

A minute from half time Talbot added their 3rd goal. Samson raced free down the left and burst into the area before cutting it back to DWAYNE HYSLOP who planted it into the bottom corner.

With the tie effectively over Talbot dropped down a gear in the 2nd half but still made & missed quite a few chances. The first of which came in the 48th minute when a shy from the left was gathered by Samson who raced into the area & hammered a shot just over the crossbar from a tight angle.

Talbot’s next goal threat came in the 58th minute. Glasgow’s cross from the right found Healy at the back post and his diving header back across goal was well saved by McCormack.

Tucker now made a double switch with Hyslop and Samson making way for McDowall and Shankland.

Roselea were caught out by a short corner down the left when Mason pulled it back to Shankland on the left edge of the area and he fired it just wide of the right hand post.

Wilson had a great chance to get his name on the score sheet in the 67th minute. Robbie McCracken’s cross found him in space at the back post but he steered his header across goal & wide of the left post.

McPherson had his name taken in the 71st minute for a foul on Garnham just outside the area. Alberts took it but never troubled the goal – sending it comfortably wide of the right post.

McDowall picked up a knock and the sub was substituted with Hastings making the step up from Talbot’s development squad to make his debut.

With quarter of an hour remaining Talbot had another good chance to add to their lead. Robbie McCracken arrowed in a good cross that Healy ran onto but he bulleted his header over the bar.

Two minutes later Mason hit the woodwork for the 2nd time when he cut in off the left & drilled a shot that clattered off the base of McCormack’s right hand post.

Mason had another opportunity moments later when he ran onto Boyd’s ball over the defence. He checked inside and fired for goal but his shot went straight at the keeper.

The procession of chances continued for Talbot and Shankland spurned a good chance in the 84th minute when he met Mason’s cut back 6 yards out but side-footed it straight at McCormack.

Hastings then had a go at goal from 20 yards – pulling his shot wide of the left post.

Roselea grabbed a late consolation in the 88th minute. Beedie gathered outside the area & threaded the ball through to ALBERTS who fired past Leishman.

Talbot ended the game back on the front foot forcing a series of corners but couldn’t add to their tally and the game finished 3-1.

Next up Talbot are back in league action at Beechwood where they host Cumbernauld United next Saturday. 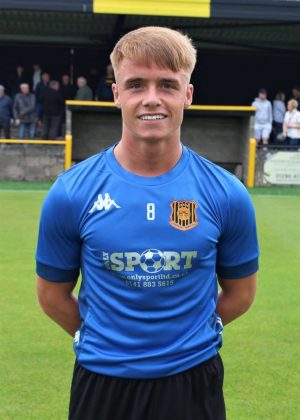 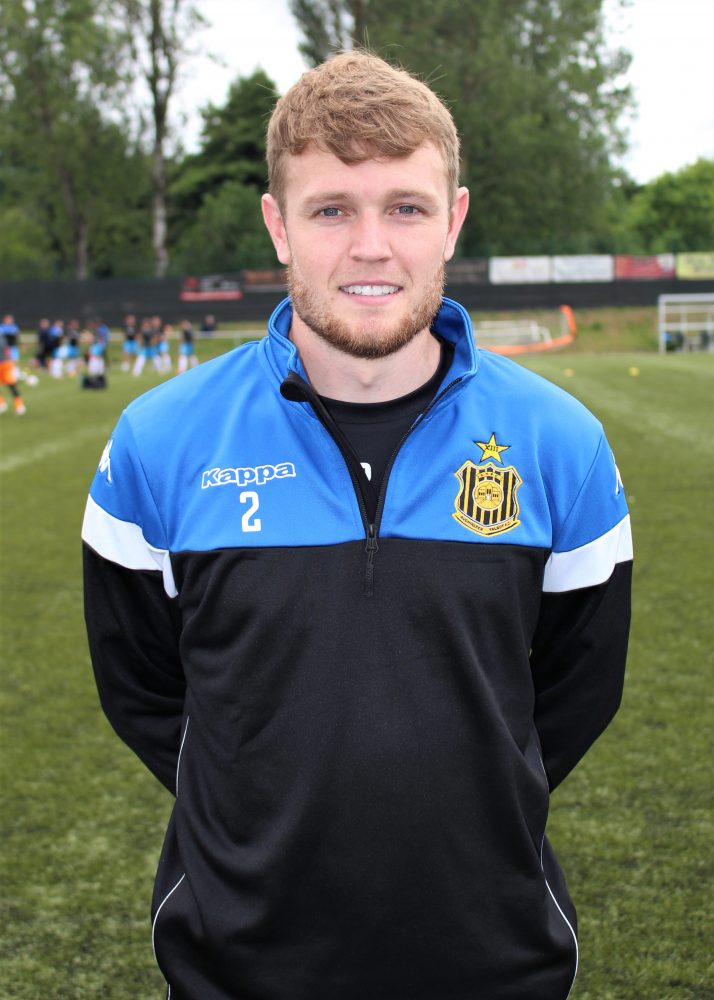 This will be Willie’s second spell at Talbot after leaving us in 2016 due to work commitments down in England. He was a regular in the Talbot side winning a few medals including a Scottish Cup badge. When down in the Preston area he frequently turned out for Lostock St Gerards FC in the Lancashire Premier League. 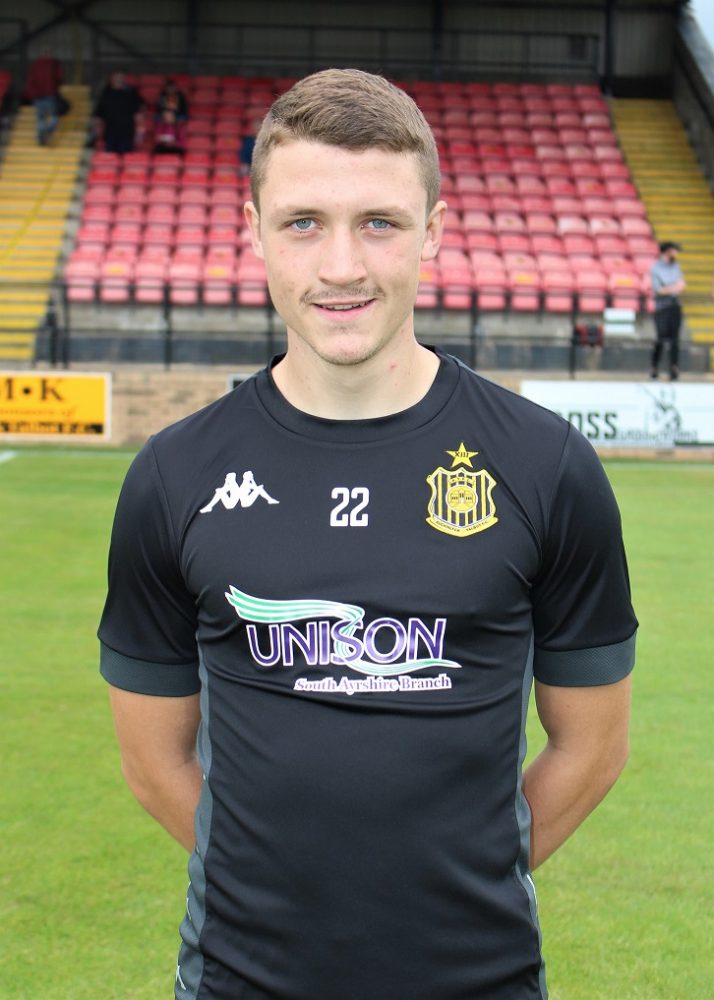