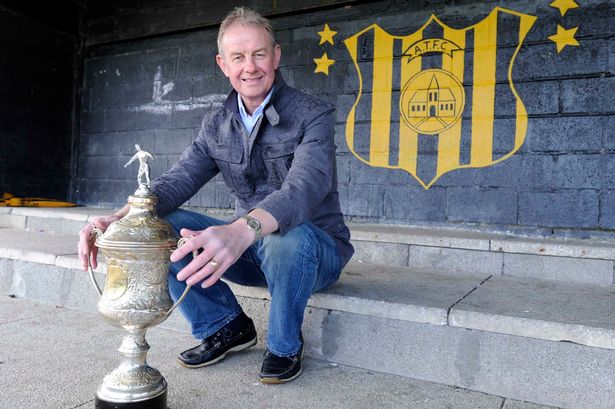 Talbot secretary Henry Dumigan was elected Auchinleck’s Citizen of the Year during a local poll held by the Auchinleck Community Council. Henry who has been secretary at Beechwood for the last 40 odd years has been a major inspiration to the club as they climbed from obscurity and now are lauded as the top club in non-league football.

Under Henry’s reign Talbot have had unlimited success on the field but his forward thinking has also seen Beechwood Park become one of the most up to date football grounds in the lower echelons.

Henry was quick to thank his family, the Talbot committee, the players and staff along with others who help out at the club for being behind him during the last four decades.