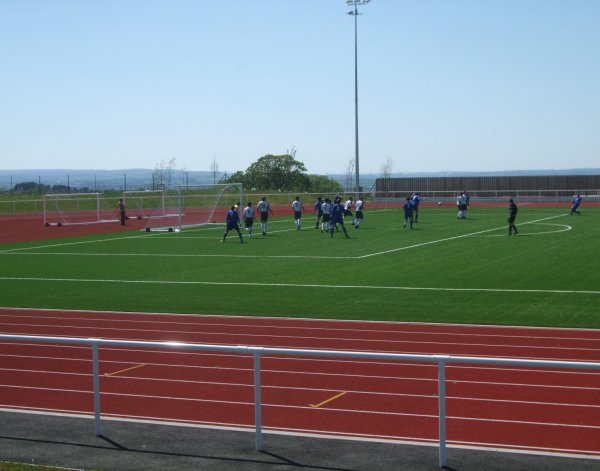 The last time the clubs met was a West of Scotland Cup match at Beechwood on the 20th April where  Talbot ran out 6-0 winners thanks to a double by Graham Wilson, and goals by David Waite, Jack McDowall, Keir Samson and a late penalty by Gordon Pope.

Most supporters gather at the side where the complex is which houses a shallow covered enclosure for 100 spectators. With the BBC weather forecast expecting rain next Saturday then if you can’t get in the enclosure bring a brolly.

The kick off is 2.30pm and the stadium has a catering facility where chicken curry pies have been mentioned.

See you all there folks.