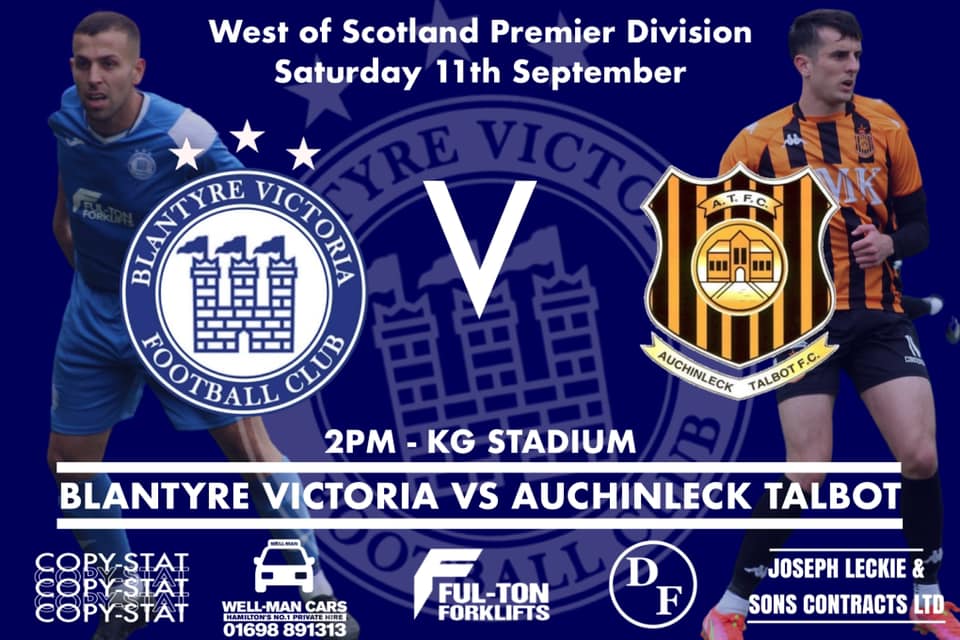 Talbot travel to Blantyre to take on a struggling Victoria side who now lay in 18th position in the league but will be desperate to stay out of the bottom seven drop zone. The Vics have only gathered a measly 9 points from 12 games albeit six of their points tally has come at home. Since their 3-1 defeat at Beechwood back in July 31st they have picked up two points out of seven games both 1-1 draws with fellow strugglers Glenafton and Kilbirnie. Before last weeks narrow 3-2 loss at Rutherglen the Vics paraded their new signing Paul Fee who is on loan till the end of the season from Albion Rovers.

Blantyre officials would be grateful if all supporters did not arrive at gates until 1.15. The social club will be open if anyone wants a drink. The KG Stadium has had a serious facelift and can now boast covered seating as well as covered standing area’s.

The referee for the game is Sean Murdoch and he will be assisted by linesmen Scott Love and David White.