Talbot started their pre-season campaign with a hard won match against East Region cracks Newtongrange Star. The victory was more pleasing when you consider Talbot’s lack of players saw Tucker having to name himself as a substitute. As was said at the recent AGM three trialists were in the starting line up and the three lads put in a decent display which helped Talbot record their narrow win.

The game was only two minutes old when Mark Shankland tried a speculative shot from thirty yards. The keeper seemed to have misjudged the danger ad let the ball run by him which curled towards the goals and came off the outside of the post. This was the only action in a dull opening portion but on 22 minutes Shankland chipped a good ball over the Star defence which Bryan Young hit on the olley but the effort sailed over. A minute later Shankland launched a piledriver of a shot which Jackson got a hand to and the keeper was quick to react when he saved at the feet of James Latta who had pounced on the loose ball.
Young and Shankland were causing major problems for the visitors and on the 34th minute Young turned provider when his cross was met on the volley byShankland but his shot went well over the bar. This was the last of the action in a stuffy first half.

Newtongrange made six changes for the second half ut it was Talbot who started brightest when Pope curled adecent ball into the box which Drummond headed into the hands of the keper. On the 57th minute Sinclair hada chance to put the visitors ahead but a superb tackle by M
cPherson denied him the chance. Star were proving to be a bit more dangerous and had a decent chance when Lalley headed a Swaney cross past the goals. Talbot replaced the hard working Oke for Lee Sloan.

The deadlock was broken on the 67th minute when Pope was allowed to tear down the left wing where he dinked a great ball through the defence into the path of Shankland who slotted the ball past Doddsthe substitute keeper. A minute later Star should haveequalised when Richardson latched on to through ball by O’Brian but McGoldrick was on hand to thwart the danger.

On 73 minutes the Young, Shankland combination caused a bit of mayhem in the visiting defence but thetricky one two between the players didn’t have the preferred outcome when Young shot well past. Twominutes later Shankland tested Dods with a low shot which the keeper saved easily, and a minute later Steven Wilson should have done better when he got his head onto a Latta cross but he put too fine a touch to it and the ball flew past the far away post. Wilson made

amends on the 80th minute when he picked up a loose ball which he turned into the path of Shankland. The striker then left two defenders in his wake and chipped
the ball over the advancingDodds to put Talbot 2-0 up.

Star pulled a goal back a minute later when O’Brian picked hole in the Talbot defence and the dangerous Richardson had time to leave Leishman with no chance as he picked his spot. Willie Lyle picked up a slight nock near the end and was replaced by Steven White but that was last majot talking point as a patched up Talbot took the honours. 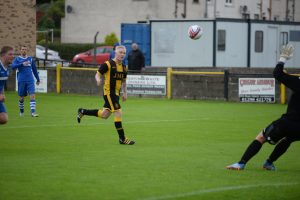 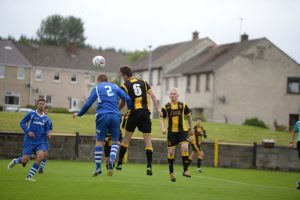 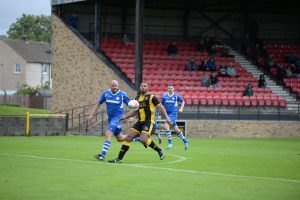 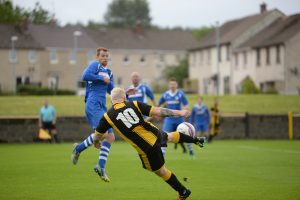 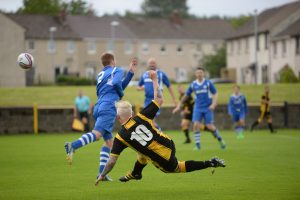 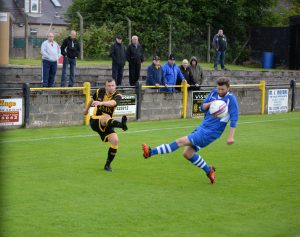 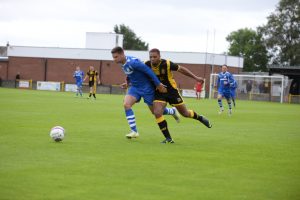 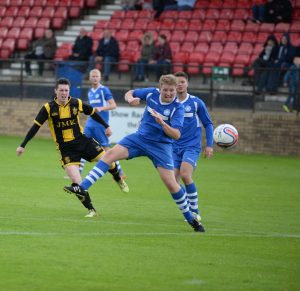 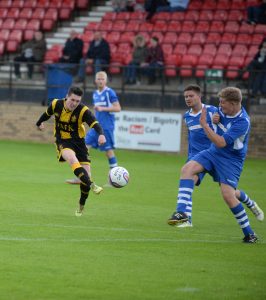 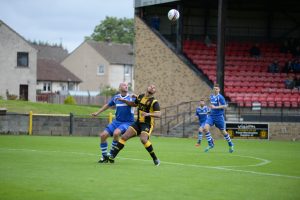