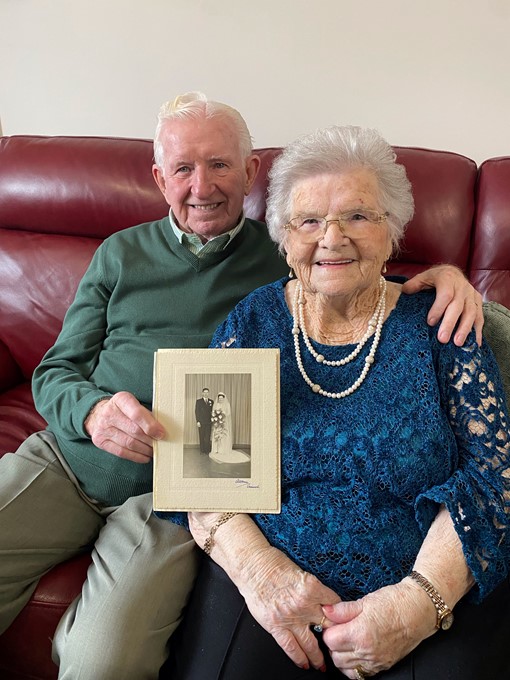 Auchinleck Talbot recently acknowledged the achievement of the 70th Wedding Anniversary of Daw & Sadie Clelland when Daw was presented with a bottle of whisky by club legend Willie Young prior to a recent match.

Many of you will recognise the weel kent faces of Daw and Sadie; Daw has been a stalwart fan of the Talbot for many, many years – he even played a few matches in goals for “The Bot” back in the day, something he likes to remind his family of now and again! He continues to attend home matches regularly and is photographed with his great friends John Fleming, Billy Paterson, Davie McGuire, Frank Marshall & George McLeod. Also in the photograph are Willie Young and Derek McDicken, with a few other “legends” in the background. 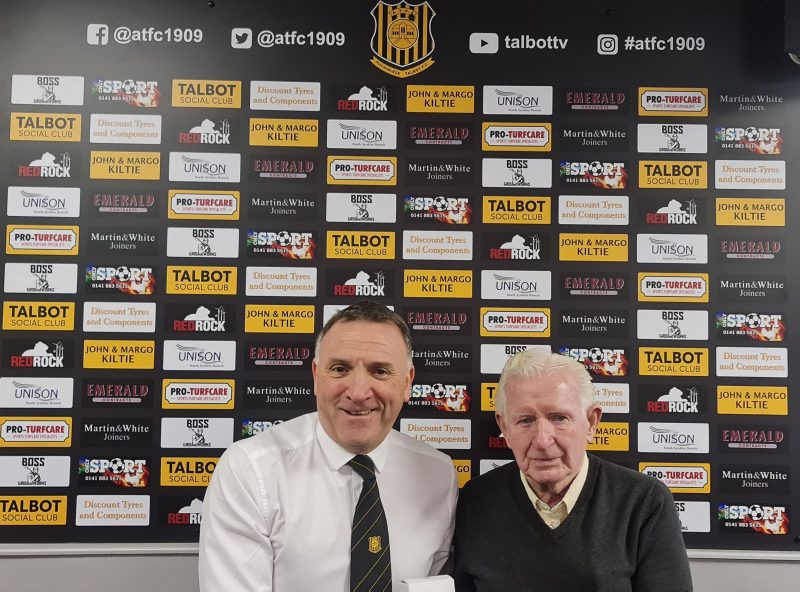 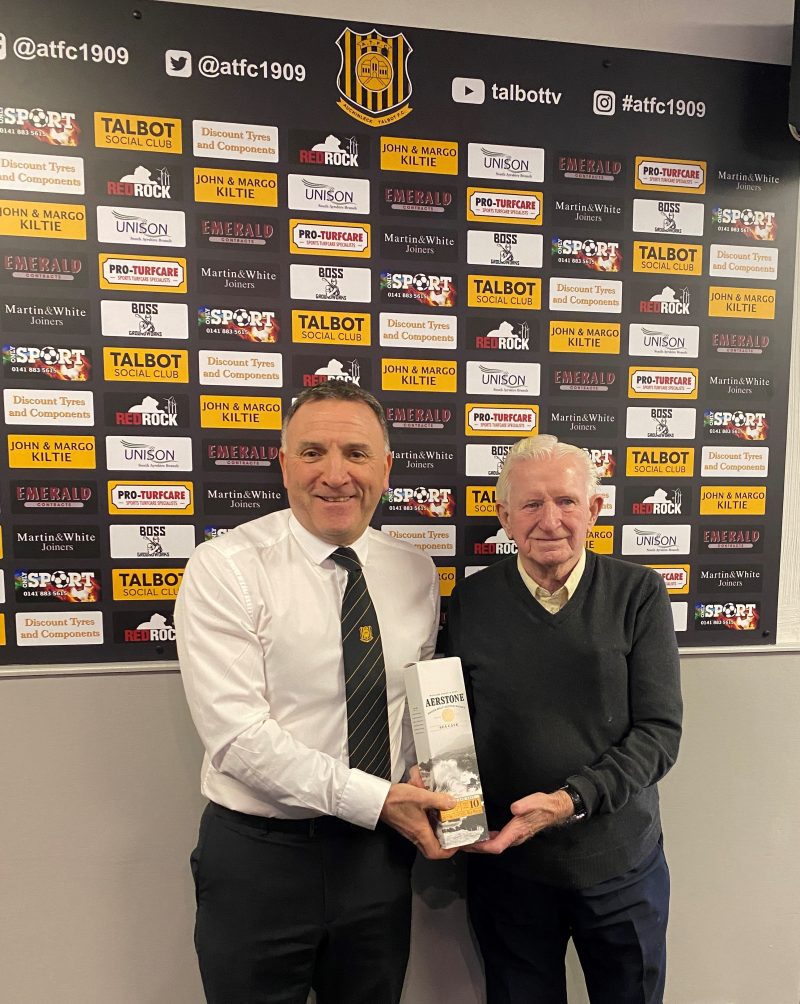 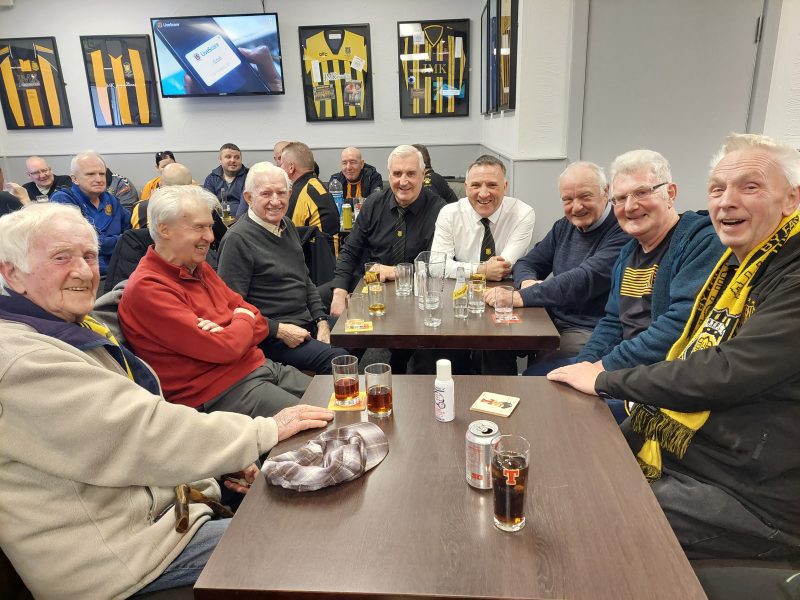 Daw (96) and Sadie (93) were married in Auchinleck Parish Church on 15th March 1952. They were allocated the keys to their house in Glenshamrock Drive in 1956, the house they have lived in all their married life. They have three children Alex was born in 1956, followed by David in 1959 and Anne in 1962. They now also have 7 grandchildren and 2 great grandchildren. Blackpool was a favourite holiday destination for Daw and Sadie and they recently celebrated the marvellous milestone they have achieved with a couple of nights in St Anne’s with the whole family, taking a wee bus ride in to Blackpool for the day for a trip down memory lane. The races at Ayr and Carlisle are also favourite days out for Daw – he doesn’t always win but the pals he goes with are certainly winners as Daw keeps them well fed with his home baking for the journeys!

Daw & Sadie are well known, admired, and respected within the village and have encouraged and participated greatly within local groups, no more so than at Auchinleck Bowling Club where both were members. Bowling was a great passion for them, and they still enjoy a few hours in the club on Friday evenings catching up with old friends.

Everyone within Auchinleck Talbot wishes Daw & Sadie, and their family, their very best wishes. Many thanks also to Anne for her assistance with this article.