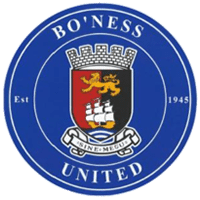 Talbot host Bo’ness United this Saturday which will be a good pointer to the start of the season. The East Region club have had a good start to their pre-season matches with wins over amateur club Linlithgow Thistle 4-0 and Lowland League club Stirling University who they hammered 6-1. They held a decent Livingston FC side to a 2-2 draw on Wednesday night and will definitely be up for the challenge when they visit Beechwood.

Allan McLuckie is certainly looking forward to the game and added “United look on paper to be a decent outfit and this is the sort of game that we like to be involved in. The new lads will be definitely tested because United are dangerous going forward. No matter who is in our defence they will have to be on their toes.”

Asked about the recent new signings Allan replied “ Grant and Neil have certainly bedded in due to taking part in the three previous friendly matches. Danny has just come back from holiday so we are using him sparingly till he get up to speed, however that’s not to say he won’t start Saturdays game. We also decided to give Brian game time by introducing him during the Kilmarnock game and giving him the full 90 minutes against Annbank.”

Once again the Talbot supporters were perturbed about the lack of bodies for their midweek match at New Pebble Park but Allan was a bit more laid back on the subject. “We have three injured players who have niggles rather than actual injuries and we are not risking them in games that are not bread and butter. Dwayne and Graham have carried a knock from last season while Martin picked up wee twinge against Craigmark. We are hoping that the players will be ready before we travel to Muirkirk.”

On the signing front there have been a few rumbles among the support but Allan was forthright by stating. “I can let everybody know we are actively seeking to strengthen the squad at every opportunity. We have approached players and for some reason whether it was theirs or our decision  they are not here at Beechwood. We know what we need and we will go all out to get those positions filled. We have made four superb signings so far and there will be more to come. We want players who will push to be in the starting line up but they are thin on the ground so it is difficult. We have the backing of the club to talk to whoever we want, but we will not be rushed into signings that won’t benefit the team. I can only ask you to be patient as we are only a couple of more players away from having a good all-round squad.”

Saturday’s match will be the last before the start of the Ardagh Cup section matches.