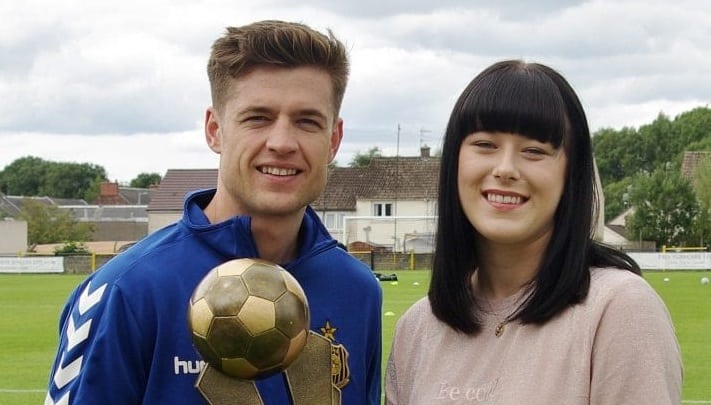 Auchinleck Talbot FC would like to congratulate Jamie for winning this award and to say thank you to the Affleck Supporters’ Club for their continued support.