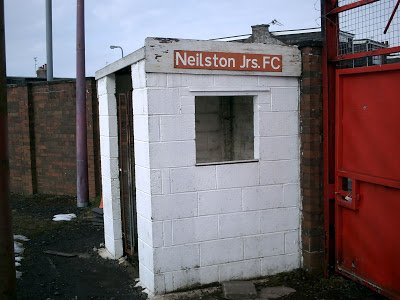 Talbot face Neilston FC hoping to retain the Hugh Blair Trophy this Sat 26 June at Brig O Lea Stadium, Neilston. It’s hoped that supporters will be allowed to attend the match due to the country slowly emerging from lock down, but at the moment due to restrictions the crowd capacity could be set at 250.

Talbot are the current holders of the Hugh blair trophy after defeating Neilston 2-0 back in July 2019, where late goals by Keir Samson and Aiden Wilson were enough to give Talbot the win.

The Farmer Boys have been strengthing their squad as the new season looms and have already bagged the Kenny Hay pre-season trophy which the won 5-4 in a two legged affair against old rivals Arthurlie.