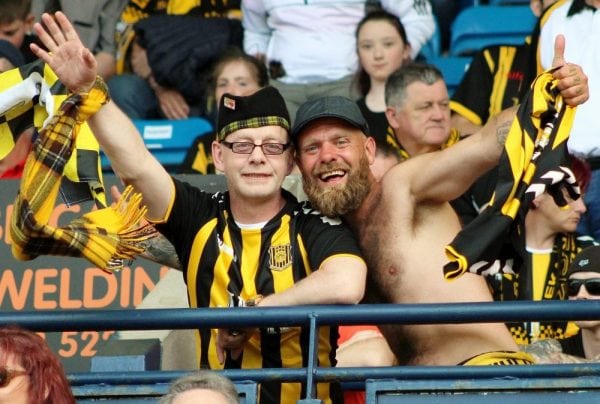 I would like to extend the sincere thanks from the organised Bucket Collection at Pollok on Saturday on behalf of Maggies Cancer Centres. The sum raised was £359.41 and and the generosity of both sets of supporters is greatly appreciated.
Ian mcFarlane Pollok FC

Should you wish to pay by Direct Debit please contact the under noted or your agent for details.

YOUTH ACADEMY
19s….
Talbot travelled to Ayr to face a new team with some familiar faces in the opposition team.
Talbot started the game very nervously and paid the price by conceding early to go 1-0 down. The early goal help Glenburn grow in confidence and they added a further 2 goals to lead 3-0 at half time.
A good halftime team talk and a change of formation had Talbot come out all guns blazing in the second half. Wright quickly made it 3-1, and it was game on. Talbot were now playing the. Entire game in the Glenburn half and deservedly made it 3-2 through Mason. With Glenburn now camped in their own half, a free kick by White was more seed by everyone and nestled n the net, 3-3.
As Talbot through everything forw d looking for the winner, Glenburn hit them with a 88th minute counter attack to steal the win.
Full time:- Glenburn 4-3 Talbot
2006s….
Talbot 2-1 Troon
A close game for the lads today with a fantastic display of determination to secure the three points. Talbot took the lead through a good strike from TJ Graham and looked to add more, but the lads efforts were halted by a strong performance from the Troon defence and goalkeeper. Troon brought the game back and levelled the score to 1-1 before a Gavin Kirkland goal put the tie back in Talbot’s favour.
The lads done well to hold onto the lead as they shut down the ever present Troon attacking threat in a result that sees us move up the table.
We would like to wish Troon Thistle the very best for the rest of the season.
Goals from:
TJ Graham
Gavin Kirkland
REFEREES Man of the Match: TJ Graham🏆
2008s….
Always competitive fixtures against strong Caledonian teams, today we expected no different.
Blacks:-
After a positive result previous week, we worked hard midweek in training on possession retention and some set piece routines.
A very tight first half saw us slightly on the front foot creating the better of the chances and limiting Caley to long range efforts. A couple of intricate passes along with sharp movement allowed Jamie to open his scoring account for the day with a powerful shot enough to beat the goalies outstretched arm.
Half time came and went with the team talk concentrating on our possession retention we worked on and quality of pass.
Second half Caledonian came out with a bit of aggression and fight, we overcame this by moving the ball quickly and playing the ball around our opposition. Was a pleasing moment when our second goal of the day from Jack came from our well worked corner straight from the training ground. This enraged some of the opposition players and there frustration was clear to see. A finely worked move allowed Jamie some space in the box and to nick his second goal of the game and put the contest to bed.
Every player should be proud of there efforts today with and without the ball.
Plenty of positives to take from the game, a few negatives to be ironed out and worked on at training over the next week.
Golds :-
The first half started with both teams having good spell of possession without creating many chances. But as the half wore on talbot gradually got on top and had a few chances with the Caley goalie making some great saves.  The conditions contributed to a couple of very soft goals conceded from the young talbot team and from there some heads went down. This is some thing we will work hard on at training. The team as a whole should be proud of the performance again today as it was clear to see some of the drills from training coming into the game today.
A special mention today to Lewis Laurie who defended superb & Aron Anderson who worked really hard in midfield.
2009s….
Blacks :-
Hard first game today lost a few goals early on. Once we actually started playing we had few nice plays and ended the game well on top. Good start to the second game. Passed the ball well and created plenty of chances, scored a couple of good goals also. Like the Golds a think we tired towards the end and the game got away from us. Well done Bilal and Ryan a couple of cracking goals.
MOTM Lucas  Campbell with some cracking saves.
Golds
1st Match
Really good performance from all the lads on this match – passing, movement, calmness was much better  – first touch could have been better though.
Excellent hold up play from Caleb in this game bringing midfield runners into the play further up the pitch.
2nd Match
Puggy and I had kinda written off any expectation in this game as understandably the lads really tired after a tough first match.
We took this opportunity to try some of the boys in different positions
Some brilliant saves from Alexander and his distribution was superb in both matches!!
MOTM ALEXANDER
Tweet
FOLLOW US ON SOCIAL MEDIA
Facebook Twitter Instagram Youtube