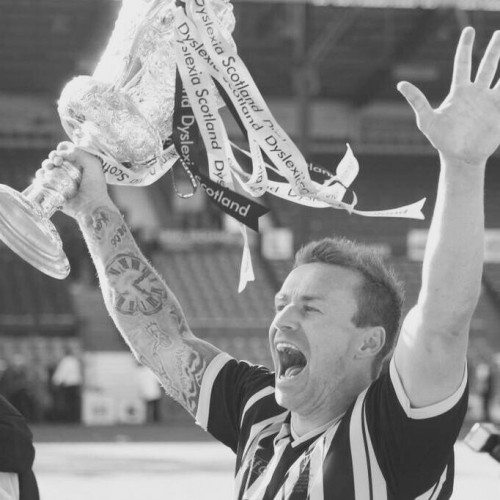 After consultation with his doctor concerning the knee injury sustained against Hurlford United, Mark Campbell has decided to retire from football. The club and of course the supporters have been deeply saddened by the news as Mark has been a major part of a successful team and it will take a search of the highest magnitude to replace him.
Mark is an Auchinleck boy and an avid Talbot supporter. He has had a glittering career in senior football as well as the Juniors. The winning of the Scottish Cup last season will be a great memory for Mark as well as the legions of the Talbot Army who attended the cup final to witness a magnificent moment where an Auchinleck boy lifted Junior footballs highest accolade.
Talbot wish him a speedy recovery and hope that although he has retired from the field of play that he decides to pursue a career in the game. Mark was a gentleman on and off the pitch and his experience was second to none.