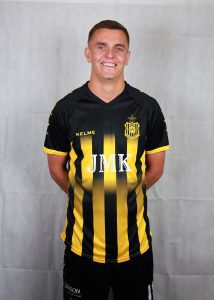 BIO: Joined Talbot at the start of the 2015/16 season from Troon where he had played all his Junior career after the Portland Park outfit took him on as a raw youth player. He was instrumental in Troon’s meteoric rise through the ranks and was on the Beechwood radar for a number of seasons.