Right from the off it was Talbot on the attack with the Whitletts defence hard pressed to keep Talbot at bay so it was no surprise when the Bot took the lead in the 11th minute.

Pope took a corner out on the right that the defence only succeeded in heading straight back to him. He had the time & space to measure his cross & curled it straight onto the head of GARETH ARMSTRONG who guided a free header home from closer range.

Before Whitletts had a chance to re-group Talbot doubled their advantage. Harvey played it out from the back to find Pope on the left & he dinked a ball over the defence to send JAMIE GLASGOW clean through & he passed the ball beyond Fraser to make it 2-0.

With Talbot two goals to the good & Whitletts unable to make any impact the half meandered on in the manner of a pre-season friendly. The referee added to the laid back feeling as he seemed to be on a bonus not to book anyone.

Glasgow did test the keeper in the 28th minute when McIlroy found him in space on the left of the area but his low drive was blocked by Fraser.

Glasgow was involved again in Talbot’s next meaningful attack, turning his man before racing clear on the right & firing a dangerous ball across the face of goal that Barbour did well to slide clear.

Shortly before half-time the woodwork prevented Talbot from stretching their lead. Donovan’s square pass was easily intercepted by Glasgow who fed the ball out to McIlroy on the left wing. He lifted a cross into the near post which Glasgow met & he bundled it goal ward only to see the ball ricochet off the bar & into the arms of the relieved keeper.

The 2nd half got off to a sluggish start with neither defence being troubled.

Gradually, Talbot stepped it up a gear and pushed the visitors back and came close to grabbing a third in the 57th minute when McIlroy met Pope’s corner at the near post but sent his effort wide of target.

Talbot’s next threat came from a set piece. Pope took a free kick out on the right & angled a superb ball across the 6-yard area which McIlroy just failed to get touch home in front of goal.

The pressure told and Talbot extended their lead in the 66th minute. Pope drilled a low corner in from the right & JAMIE GLASGOW flicked it home at the near post to make it 3-0.

A good Bot move came to nought in the 72nd minute. Hyslop headed the ball into the path of Waite who slipped a well-weighted pass to release Pope down the left. He raced into the penalty area & cut the ball back across goal but unfortunately it went between the waiting Bot players.

Tucker now made a change with Shankland coming on for Glasgow.

The referee surprised the crowd in the 74th minute when it turned out he had brought his cards with him; booking Barbour for a late challenge on Hyslop.

Shankland produced a great piece of footwork in the 78th minute to nimbly skin two Whitletts defenders before drilling an inviting ball across the face of goal that no one could turn home.

As the game entered the closing stages Talbot came close to extending their lead on several occasions. Shankland had the keeper scrambling with an inswinging corner that Fraser did well to claw away to safety with McIlroy waiting at the back post for a free header.

Shankland was then unlucky when he ran onto Waite’s pull back & curled a shot just over the bar from 15 yards.

Implausibly, the next goal went the way of Whitletts who had scarcely crossed the half-way line. Condon’s head flick beat the defence & FORSYTH strolled through on the right & slotted the ball home for a late consolation.

With two minutes remaining Shankland again tried his luck, driving a low shot from the edge of the area that Fraser turned wide of his right post.

In the final minute Talbot had one last attempt when Waite burst into the box from the left wing & tried to drive it in at the near post but Fraser turned it behind for the corner.

An easy win for the Bot in what was a fairly low-key game. By contrast Talbot’s next opponents are high scoring Beith in what should be a cracker this Saturday at Beechwood.

Talbot progressed to the knock out stages of the West League Cup with a solid win over Hurlford United. With Craig McCracken injured and Ross Harvey working Gareth Armstrong was moved to a sweeper roll alongside Neil McPherson. Their was a first start for Sean McIlroy while David Waite was given the nod in the centre of the park.

Talbot showed their intentions when Kemp shot narrowly past the post, but it was Andy Leishman who was the early saviour when he saved at the feet of Robertson after the big striker pounced on a Lyle passback. Sean McIlroy was to open the scoring on 19 minutes when Glasgow caused havoc in the visitors box and when the ball was partially cleared the big striker gathered the ball six yards out and slid the ball past the keeper. Hurlford equalised a minute later when a speculative ball upfield took a wicked deflection off Pope and landed at the feet of Watt who passed the ball into the net well away from Leishman.

Talbot retained their lead on 34 minutes when Pope curled a superb ball into the box where the unmarked Dwayne Hyslop headed into the net.

The second half was void of any clear cut chances except a Robertson header that Leishman briliantly saved. With Hurlford pushing forward for another goal the Talbot defence stood firm, and nearly extended their lead when Graham Wilson forced the keeper into a decent stop.

Talbot got a lesson on finishing when Darvel stuck away two goals from a limited amount of chances, while the Bot huffed and puffed for 90 minutes squandering decent attempts with their cause not helped by a spirited goal keeping display by the visiting keeper.

Darvel were one up in a matter of seconds when a hoof upfield wasn’t cleared by Lyle where his poor touch set up Paul Cameron who drilled the ball past Leishman. Talbot fight back and on 18 minutes the keeper did well to parry a Shankland free kick. McCracken picked up an injury on 30 minutes and was replaced by Pope and Minutes later Armstrong saw his rocket shot well saved by Marky. Darvel went further ahead when Stewart Davidson stroked a free kick past Leishman. to make it 2-0. With the first half coming to a close Shankland was unlucky to see his attempt blocked on the line.

The second half nearly started like the first when Leishman did well to block the ball from the Darvel number nine. from then on it was all Talbot but Marky saved from a number of Talbot attempts. With 10 minutes remaining Shankland threw Talbot a lifeline when he thundered a shot past the keeper. Credit to the Bot as they threw everything forward but the visiting defence stood solid. 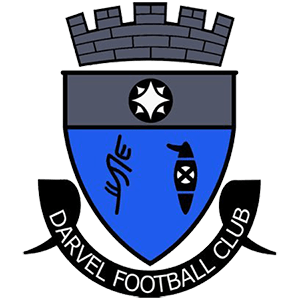 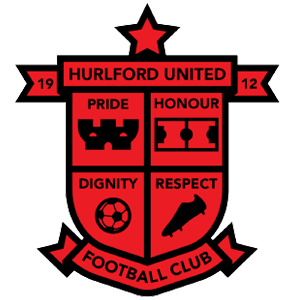 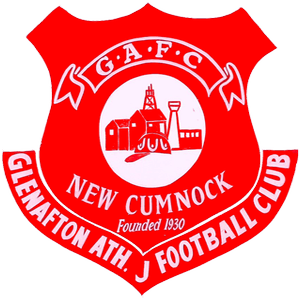