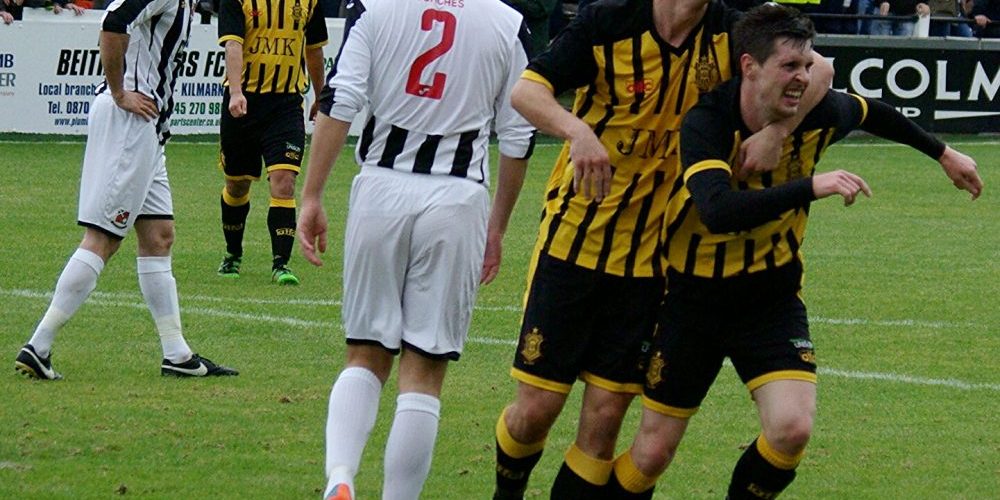 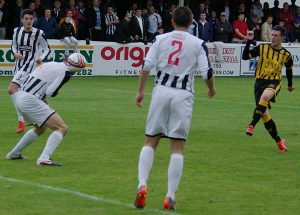 With five minutes to go in the first-half, ‘Butch’ gets onto the end of Milliken’s cross and, via a deflection, puts Talbot into the lead. 0-1. 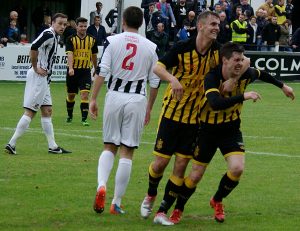 Smiles all round, as Stevie Wilson congratulates Bryan for scoring the opening goal. 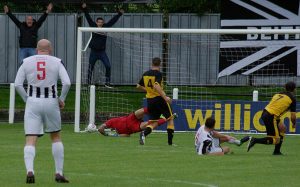 With people thinking Talbot were going to have the lead at HT, Beith thought otherwise. With the Talbot defence opened up, Jamie Wilson found some space and fired the ball into the bottom corner of the net. 1-1. 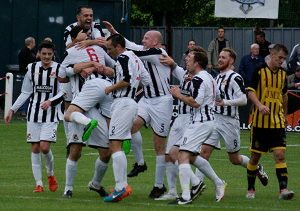 Cue the wild celebrations from the Beith players after Wilson’s equaliser.

With Talbot chasing the game, up steps Gordon Pope, who unleashes a thunderous shot towards goal and grabs the all important equaliser for Talbot. 2-2. 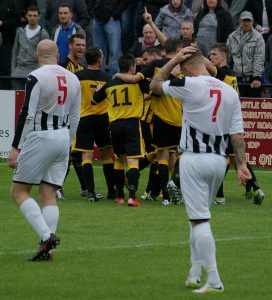 The Beith players look on in despair, as Talbot celebrate the equaliser. 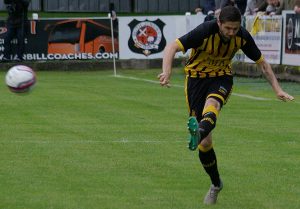 ‘Fingers crossed’ this pass makes it! 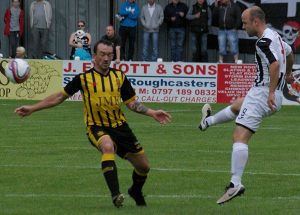 White tries to win back possession for Talbot. 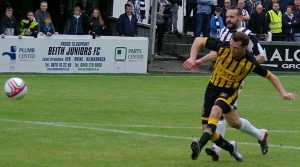 Milliken races into the box and tries a shot from close range. 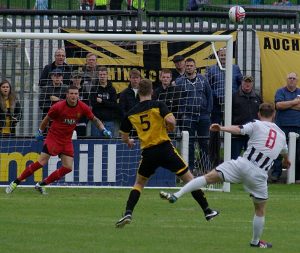 Andy Leishman keeps a close eye on the ball, as Beith try a long range effort. 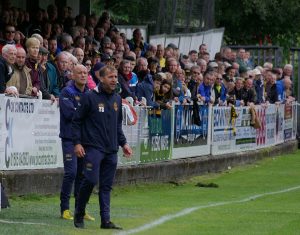 As the Talbot faithful look on, ‘Tucker’ dishes out the orders. 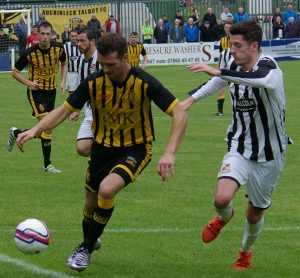 Keir gets another Talbot attack going. 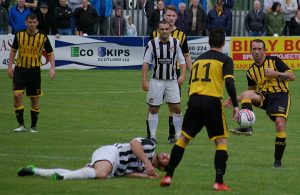 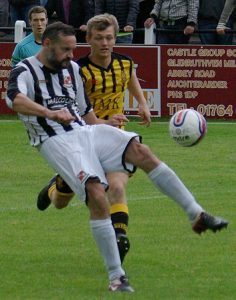 Dylan Pooler gets beaten to the ball. Photographs by Paul Flynn.