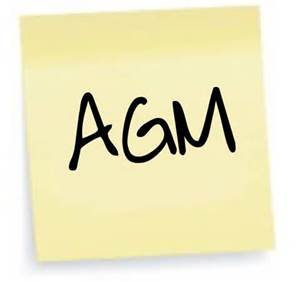 Auchinleck Talbot FC wish to confirm that Martin Findlay, Robert Love, David Gillies and Scott Johnstone have been released by the Club. We’d like to thank Martin, Robert, David and Scott for their service and wish the every success for the future.
Henry Dumigan, Secretary.

A large turnout heard that the club had 148 members contributing greatly to the success of Auchinleck Talbot FC. Secretary Henry Dumigan thanked all members past and present and a minute’s silence was observed as a mark of respect for members who are no longer with us.

Dwayne Hyslop was presented by the Club’s Player of the Year award from Treasurer Bobby Millar before all in attendance enjoyed the afternoon’s hospitality.

Tickets costing £10 and will be made available in the near future.

2007S
Games for the boys at the academy on Saturday against Nith Valley United and Valspar. Some decent football played at times but our usual passing game was missing for spells. Good attacking runs made throughout the games but we switched off now and again tracking back. Over the whole we defended well and there were some good saves from the keepers. We scored with a few good finishes and some good build up play. Pleasing performances but we can still be much better. Special mentions this week go to Shaye Bone for tackling and forward passing, and to Lewis Auld for some good saves and coming off his line well.

Drawn in the Talbot Social Club on Sunday 19 June 2016

The above draw was made in the Talbot Social Club on Sunday 19 June 2016.

Auchinleck Talbot FC would like to thank everyone who supported the draw.

Talbot were quick off the mark on the signing front when they bagged the signatures of two experienced players. With Scott Johnston moving to Super First Division side Girvan the goalkeeping position was plugged by the signing of former Irvine Meadow keeper Brian Hewitt.

Most of us will remember Brian as a former Irvine Meadow keeper especially  from back in October 2012 when he was part of the Meadow team that defeated us on penalties in the final of the Ardagh Cup at Beith. Brian also had a successful time at Neilston.

The problem position that Talbot struggled with last season after the injury to Mark Campbell was filled by new signing Danny Boyle.

Danny was part of the Rob Roy side that dominated the start of this seasons Premier Division, He was instrumental in the Rabs 2-0 win over us at Guys Meadow at the start of the season and its undoubtably this display that has caught the eye of the Talbot backroom staff. Danny is a former Cumbernauld stopper and was highly rated by the Super First outfit. He turned down a move to Gus McPherson’s  Queen Park back in 2014.

WOULD YOU PLEASE SEND YOUR PLAYER OF THE YEAR VOTES TO HENRY DUMIGAN BY TEXT ON: 07929525494 OR BY EMAIL ON: [email protected]

The committee are starting two new projects – new catering facilities to replace the existing pie-hut and extending the Main Street enclosure. It is hoped that both projects will be completed by  spring 2017
CUMNOCK & DOON VALLEY MINERALS TRUST

Auchinleck Talbot wishes to thank the Cumnock & Doon Valley Minerals Trust for kindly approving our Grant application for £900. This will assist with the cost and enable the club to carry out drainage repairs at the clubhouse end of Beechwood Park.

Tickets 20p each or £1.00 per book from Talbot Committee or usual outlets. 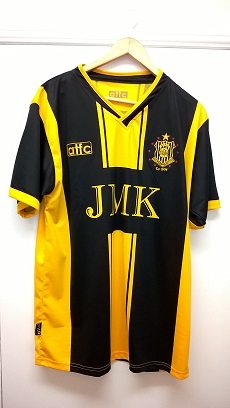 John and Margo Kiltie have kindly extended their generous shirt sponsorship of the club for another two years taking the term to 2020. The club is indebted to them for their generosity.

2007S
Auchinleck Talbot 2007’s pictured at Beechwood Park on Sunday after the Auchinleck Talbot Jim Rowan Football Festival along with Kerri Leitch, director of kit sponsor Pro Lawn Ltd. The club would like to thank Pro Lawn for sponsoring their strips. They look great.
NEW TEAMS

Our youth setup has recently started two new teams at the 2009 and 2010 age groups with 27 kids involved so far who are really enjoying the opportunity to play football and make new friends. They are currently being coached by Scott Guy (from the SFA) through the McDonalds Programme, and by a coach from one of our other age groups. We already have a couple of people interested in becoming coaches for these teams and we hope to attract others as well to continue to give these kids the chance to play and enjoy themselves. The future looks bright for the new teams

FESTIVAL
The club held their annual youth football festival on Saturday and Sunday at Beechwood Park. Six age groups played over the two days with 360 kids playing at age groups 2008, 2007, 2006, 2005, 2003 and 2001. Some cracking games between excellent teams. Some of the individual skills were a joy to watch. The festival was enjoyed by all and gave the kids the opportunity to play expressive football. No doubt some stars of the future were on show. Thanks to all players, coaches and spectators who attended. It was a pleasure to have you all and we’ll hopefully see you again next year.