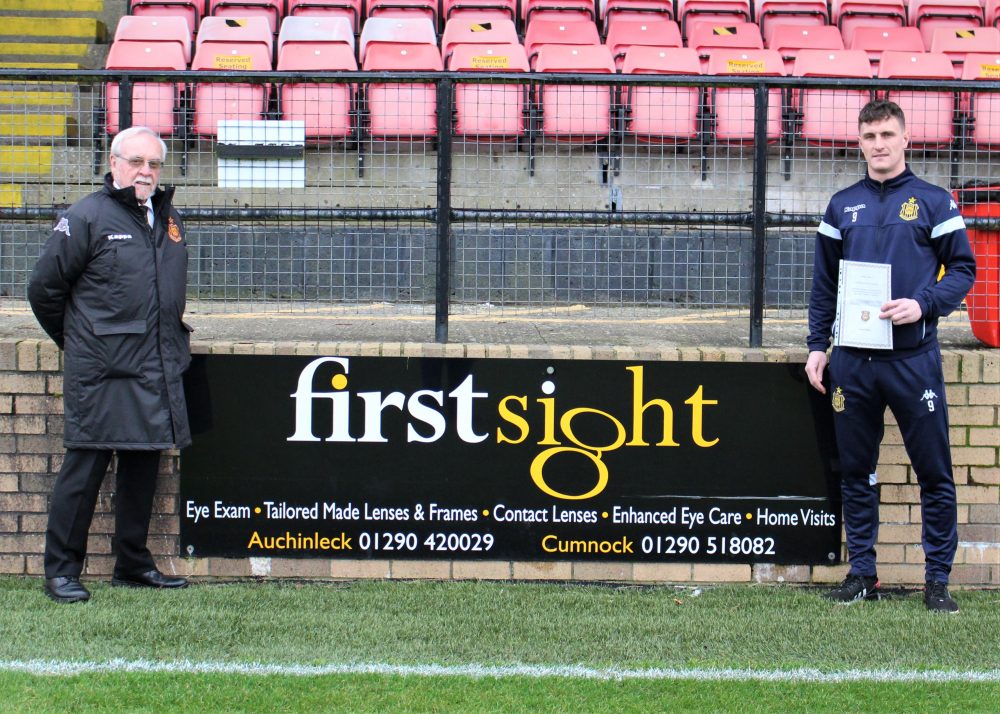 Prior to kick off yesterday, Graham Wilson was presented with the Player of the Month Award for December (see below image).  He accepted his award from Colin Chisholm, who was presenting it to him on behalf of the award’s sponsor Firstsight.

Auchinleck Talbot FC would like to congratulate Graham and to thank Firstsight for their continued sponsorship which is greatly appreciated by the club.